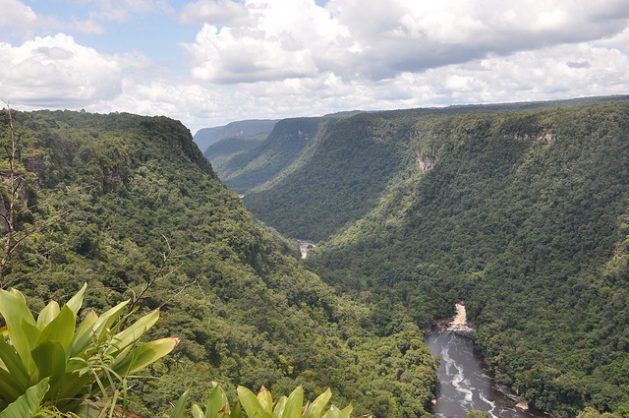 About 80 percent of Guyana’s forests, some 15 million hectares, have remained untouched over time. Time is running as the total area of the world’s forests shrink by the day. Credit: Desmond Brown/IPS

ROME, Jul 12 2018 (IPS) - Deforestation and unsustainable farming are depriving the planet of forests, while destructive practices in fishing are limiting the chance to sustainably manage our oceans.

According to United Nations estimates, the world’s population is projected to increase from 7.6 billion today to close to 10 billion people by 2050. The global demand for food is estimated to grow by 50 percent,  placing productive land and seas under huge pressure.

It ultimately means that the way we manage our forests and oceans now is crucial in addressing our future needs, warn two biennial reports released this July by the Food and Agriculture Organization of the U.N.

Time is running out for the world’s forests

“Time is running out for the world’s forests, whose total area is shrinking by the day,” says the SOFO report. In addition, deforestation is a leading cause of climate change as forests’ ability to sequester carbon decreases as they are lost.

The report warns that by halting deforestation, restoring degraded forests, and managing forests sustainably, damaging consequences for the planet and its dwellers can be avoided. The international community needs to promote an all-inclusive approach that fosters the benefits of forests and trees, engaging all stakeholders.

The SOFO report highlights that forests and trees are vital both to people and the planet, as they bolster livelihoods, provide clean air and water, conserve biodiversity and respond to climate change. It also refers to the greening of urban areas too.

“Making cities greener is critical to ensure the sustainable future of cities health and wellbeing of city dwellers,” Simone Borelli, agroforestry and urban/peri-urban forestry officer at FAO, told IPS. “Adding vegetation in urban areas has been shown to reduce urban temperatures and is regularly cited as a key mechanism for the Urban Heat Island Effect.” 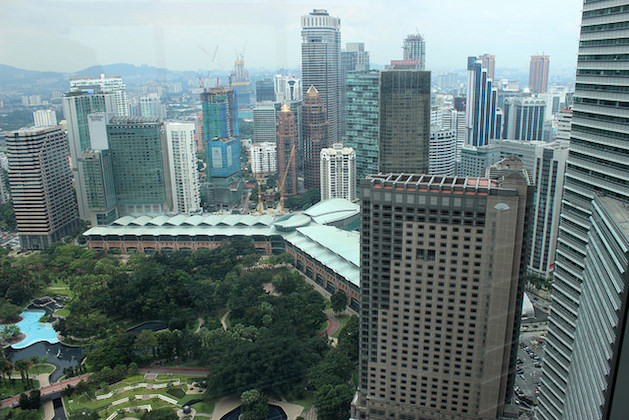 “Measures such as shading and judicious use of vegetation are of special importance in hot-arid regions, where intense solar radiation and high air temperatures may have detrimental impacts on even the most basic human activities,” he said.

Furthermore, “by absorbing excess water and increasing soil infiltration and stability, urban and peri-urban trees can mitigate the occurrence and impact of flooding events.”

These issues will also be discussed in November during the first World Forum on Urban Forests, which will take place in Mantova, Italy, to discuss possible long-term collaboration on the development of urban forestry strategies.

The importance of sustaining fisheries

Meanwhile, 60 million people are engaged in the primary sector of fisheries and aquaculture, according to the SOFIA report.

The 2018 edition of the SOFIA report is an updated analysis illustrating the major trends in global capture fisheries and aquaculture. It also highlights emerging issues, such as the increase in fish consumption (which has doubled due to population growth since 1961) and climate change, that “will affect humanity’s ability to sustainably manage global aquatic resources in the future.” 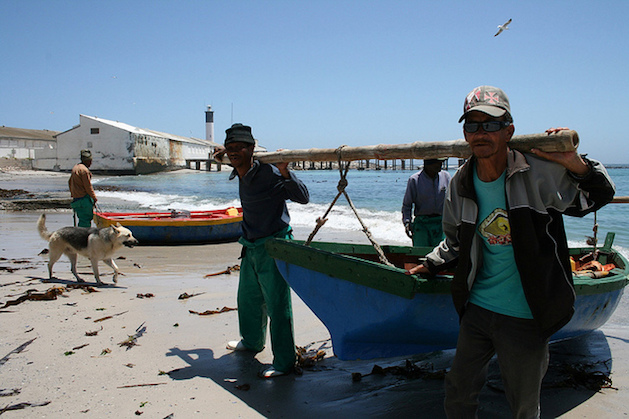 Fishermen carry their boat in from the sea in Doring Bay, 350km North of Cape Town. Credit: Patrick Burnett/IPS

The report highlights that too many people around the world rely on fish for their livelihoods and survival and therefore it is important to enact sustainable fishing and tackle worst practices such as the enormous food waste that occurs in the fish sector.

“While the sustainability of fisheries is improving in developed countries, this is not the case in developing countries,” said Barange. “Unless we change this trend, we will challenge the food and nutrition security of places where fish is needed most.”

One example of an unsustainable fishing practice is dynamite fishing. The practice, which is illegal, involves the use of explosives to kill fish. This, however, harms the ecosystem and has contributed to the destruction, for example, of Southeast Asian coral reefs for the past 20 years.

Another key aspect to address, according to the report, is that of illegal, unreported and unregulated or IUU fishing. IUU fishing often occurs, undermining national, regional and global efforts to manage fisheries sustainably. “[IUU fishing] is threatening the sustainability of fisheries. Implementing the Port States Measures Agreement, which came into force in 2016, is crucial to make IUU history,” said Barange.

“Countries need to do more than recognise the risk of IUU fishing – they must act decisively, and act now.”

IUU fleets have largely targeted valuable species such as the ‘Antarctic krill’ (Euphasia superba) and the ‘Patagonian toothfish’ (Dissostichus eleginoides). However, through management measures implemented by the Commission for the Conservation of Antarctic Marine Living Resources, the situation is slowly improving.

Moving forward to the 2030 agenda

Food and agriculture are key to achieve the Sustainable Development Goals (SDGs), and, as the two reports note, “many of the SDGs are directly relevant to fisheries and aquaculture as well as to forestries.”

The SOFO report suggests that the contributions of forests and trees to SDGs might be “complex and context-specific”, and “more work is needed to understand some of the relationships that underlie these contributions.”

SDGs are directly linked to fisheries and aquaculture, too, as the SOFIA report highlights the critical importance of these activities for the food, nutrition and employment of millions of people, many of whom struggle to maintain reasonable livelihoods.

Forest, seas, lakes and waterways are crucial environments for our healthy lives and, for millions of people, for their subsistence and survival. Underestimating the importance of preserving them and regulating their management in a more sustainable way, would be an enormous mistake.