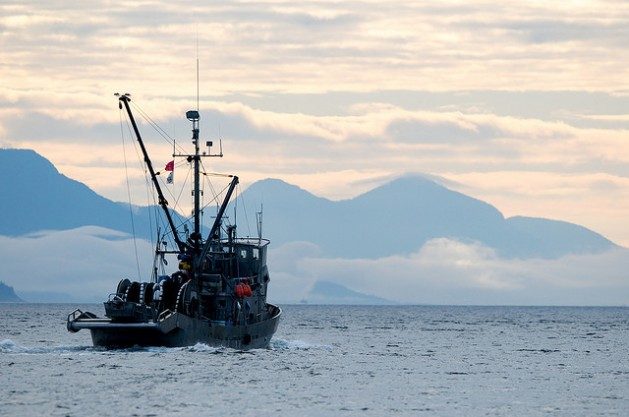 UNITED NATIONS, Sep 7 2018 (IPS) - After several years of preliminary discussions, the United Nations has begun its first round of inter-governmental negotiations to draft the world’s first legally binding treaty to protect and regulate the “high seas”—which, by definition, extend beyond 200 nautical miles (370 kilometers) and are considered “international waters” shared globally.

“The high seas cover half our planet and are vital to the functioning of the whole ocean and all life on Earth. The current high seas governance system is weak, fragmented and unfit to address the threats we now face in the 21stt century from climate change, illegal and overfishing, plastics pollution and habitat loss”, says Peggy Kalas, Coordinator of the High Seas Alliance, a partnership of 40+ non-governmental organisations (NGOs) and the International Union for the Conservation of Nature (IUCN).

“This is an historic opportunity to protect the biodiversity and functions of the high seas through legally binding commitments” she added.

The two-week Intergovernmental Conference (IGC), which concludes 17 September, is described as the first in a series of four negotiating sessions which are expected to continue through 2020.

Asked about the contentious issues facing negotiators, Dr Veronica Frank, Political Advisor at Greenpeace International, told IPS “although it is still early, we can expect that some of the potential issues that will require attention include the relationship between the new Global Ocean Treaty and existing legal instruments and bodies.”

These will include those who regulate activities such as fishing and mining, and what role
these other organizations will play in the management of activities that may impact on the marine environment in future ocean sanctuaries on the high seas.

“Also tricky is the issue of marine genetic resources, especially how to ensure the access and sharing of benefits from their use,” Dr Frank said.

Asked how different the proposed treaty would be from the historic 1994 UN Convention on the Law of the Sea (UNCLOS), Essam Yassin Mohammed, Principal Researcher on Oceans and Environmental Economics at the International Institute for Environment and Development (IIED), told IPS: “This new treaty is particularly significant because it is the first time the high seas will be governed.”

These negotiations are an opportunity, not just to protect the health of the oceans, but also to make sure all countries ― not just the wealthy few ― can benefit from the ocean’s resources in a sustainable way, he pointed out.

“As important as The Law of the Sea is, it only covers the band of water up to 200 miles from the coast. It does not cover the use and sustainable management of biodiversity in areas beyond national jurisdiction,” he added.

While this was acceptable in an era when the technological capacities that enabled people to venture beyond this area were limited, rapid innovation and technological advancement has changed this. Increasingly, economic activities are taking place in the high seas, he noted.

Most are unregulated and pose a major threat to marine biodiversity. It is more urgent than ever to fill this governance gap and monitor and regulate any activity in the high seas and make sure they benefit everyone ― particularly the poorest countries, he argued.

Dr Frank said the new treaty must create a global process for the designation and effective implementation of highly protected sanctuaries in areas beyond national borders.

Such global process must include the following elements: (a) a clear objective and a duty to cooperate to protect, maintain, and restore ocean health and resilience through a global network of marine protected areas, in particular highly protected marine reserves, and (b) the identification of potential areas that meet the conservation objective.

Asked about the existing law of the sea treaty, she said UNCLOS, which is the constitution of the ocean, sets the jurisdictional framework, ie general rights and obligations of Parties in different maritime zones, including some general obligations to cooperate and protect marine life and marine living resources that also apply to waters beyond national borders.

However, the Convention doesn’t spell out what these obligations entail in practice and puts much more emphasis on the traditional freedoms to use the high seas.

The Convention does not even mention the term biodiversity, she said, pointing out that
the treaty under negotiation will be the third so-called “Implementing Agreement” under UNCLOS – after the agreement for the implementation of Part XI on seabed minerals and one on fish stocks – and it will implement, specify and operationalise UNCLOS broad environmental provisions in relation to the protection of the global oceans.

Dr Frank said this is the first time in history that governments are negotiating rules that will bring UNCLOS in line with modern principles of environmental governance and provide effective protection to global oceans.