Mahawa Kaba Wheeler is Director for the Women, Gender and Development Directorate, Bureau of the Chairperson, at the African Union Commission 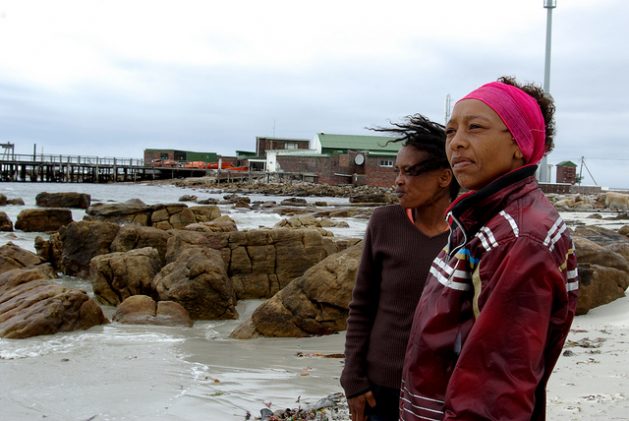 Rita Francke and another fisherwoman at the jetty, in front of the old crayfish factory at Witsands, South Africa. Credit: Lee Middleton/IPS

ADDIS ABABA, Nov 21 2018 (IPS) - The blue economy has quite rightly been described as the ‘New Frontier of the African Renaissance’. Its potential for a continent on which almost two thirds of its states have a coastline, whose trade is 90 percent sea-borne and whose lakes constitute the largest proportion of surface freshwater in the world, is enormous.

Indeed, its potential runs into the many trillions of dollars and promises to combine enormous economic growth with environmental conservation, if stewarded properly.

The Africa Union’s Integrated Maritime Strategy (AIMS 2050) provides a robust roadmap to fully exploit the potential of its oceans and seas and the first Sustainable Blue Economy Conference in Nairobi next week offers African nations the opportunity to solidify this continental framework.

But one thing we can say with certainty now is that the full potential of Africa’s blue economy can only be reached if it is truly inclusive, allowing all people in society to reap the dividends on offer from the oceans, seas, lakes and rivers of the continent.

Women must be at the heart of this inclusivity. Gender equality and women’s empowerment is at the heart of all African Union (AU) policies and actions and the blue economy is fertile ground to further women’s role in this transformative field.

The AU at its 31st Ordinary Summit in Nouakchott adopted its first Continental Strategy for Gender Equality and Women’s Empowerment (2017-2027) to accelerate translate Agenda 2063 into reality for the millions of women and girls across the continent.

The first pillar of this strategy is aimed at achieving economic autonomy for women through maximising outcomes and opportunities for them. The blue economy is one such target.

Women have not always been able to fully enjoy the rewards of the growth in Africa’s economies and the roles they have played in helping expand sectors across the continent are gaining greater recognition. 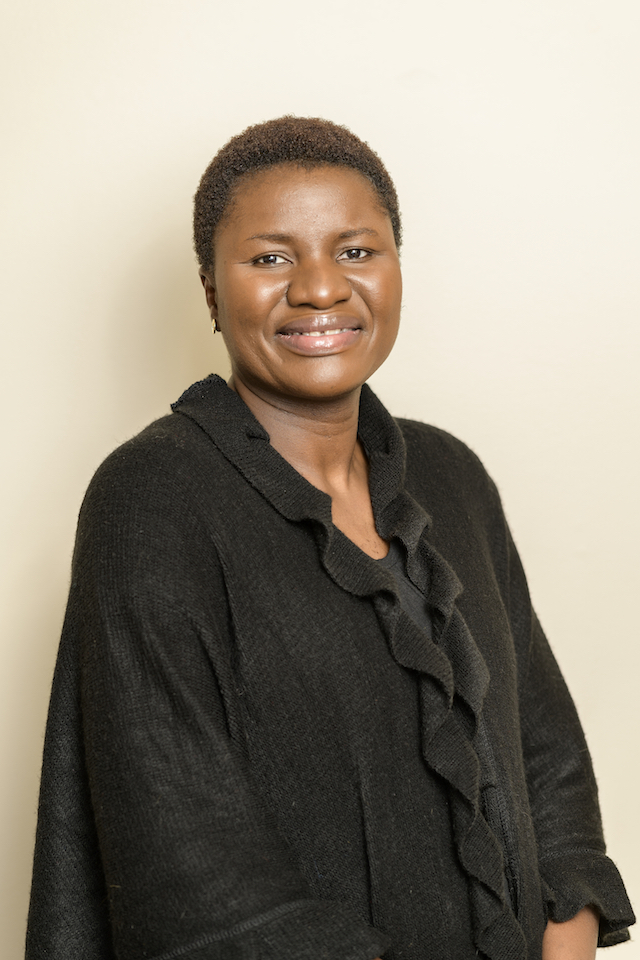 Mahawa Kaba Wheeler, Director for the Women, Gender and Development Directorate, at the African Union Commission, says that while the marine industry in Africa is male dominated, women are working collaboratively with men to find a voice within it. Courtesy: Mahawa Kaba Wheeler

The AU is committed to ensuring this is not the case with the blue economy and is advocating for women to be more involved in marine industries across Africa. The AU currently works with women’s networks in this field, including among others Women in Maritime Africa, Women’s International Shipping and Trading Association and Women in the Maritime Sector in Eastern and Southern Africa, and welcomes new initiatives.

As delegates will hear at the Nairobi conference, we are pushing several initiatives for women in the blue economy, for instance to help them become sea cadets, lead port operations, increase the number of women in the industry, become captains of ships, celebrate their accomplishments and leaders in the industry, to expand their roles in shipping, fishing and other sectors of the marine industry.

At present, the marine industry in Africa is male dominated, but women are working collaboratively with men to find a voice within it. This conference will ensure women’s voices are more fully heard.

This is especially important now as we have seen women deciding to come together to play their part in the blue economy and take their dividend from it – across Africa they are joining groups to promote and support the role played, and which could yet be played, in the marine industry.

The AU welcomes and fully supports these and any similar activities as they can only be good for women, for the promotion of inclusivity, and the blue economy as a whole.

But it must not stop there.

The Sustainable Blue Economy Conference in Nairobi offers an opportunity for all blue economy stakeholders, in Africa and from other countries, to not only hear about the key role women can play in the blue economy, but help suggest and support ways and means to expand those roles and to ensure that women are truly and fully included in Africa’s blue economy and able to reap its rewards. Several events will be held to promote women’s role in the blue economy and are anticipated to help leaders rally behind women’s initiatives in the industry.

Together, heads of state, ministers, policymakers, civil society groups and other stakeholders must come together to honour commitments we have all made to inclusivity in the blue economy and guarantee that women are not left behind as Africa’s ‘New Frontier’ is opened up. We must therefore create bold and transformative initiatives to accelerate women’s economic empowerment and leadership in this field.

It must also not be forgotten that this is not just about women’s roles in developing the potential of the oceans, seas, lakes and rivers around the world. It goes well beyond this.

By showing that women can succeed and thrive as entrepreneurs and independent active agents of change and growth in the blue economy, we can inspire women in all other sectors of society. If they can succeed in one economy, why not in another? If a woman can rise to the top in a sector of the marine industry, she can rise to the top in, for example, the finance or retail industry, to name just two.

The AU helps give women a voice in all industries, especially those which are non-traditional or male-dominated, and in Nairobi, we want to help them find their voice in the blue economy.

We say “women can sail Africa to the seas” and we believe the Sustainable Blue Economy Conference will give us the chance to succeed.