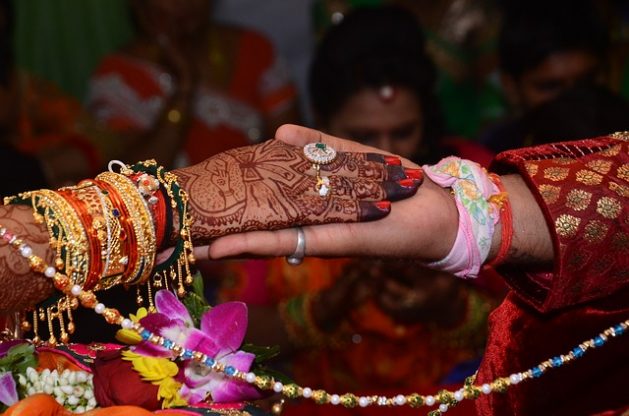 The “bride shortage” in India and China has triggered trafficking as women are lured under false pretences and sold as brides. Pictured here are the rites of a Hindu marriage ceremony.

UNITED NATIONS, Jan 25 2019 (IPS) - Paradoxically, the world’s most populated countries are facing a population crisis: a woman shortage. And it’s women who are paying a brutal price for it.

According to the World Health Organisation (WHO), the natural sex ratio at birth is approximately 105 boys to every 100 girls.

However, decades of gender discrimination, which favoured having boys over girls, has left India and China with 80 million more men than women.

“When women lack equal rights and patriarchy is deeply engrained, it is no surprise that parents choose to not to have daughters,” said Human Rights Watch’s (HRW) Senior Researcher in the Women’s Rights Division Heather Barr.

Now that there is a shortage of women doesn’t mean that women become more treasured or valued, she noted. Instead, there are very harmful consequences.

“[Women have] become a commodity which is in demand, so in demand that people will use violence to acquire it,” Barr told IPS.

“The stories we heard were really unbelievably shocking even after having spent many, many years on human rights issues,” she added.

The “bride shortage” has triggered trafficking as women are lured under false pretences and sold as brides.

Bordering China is Myanmar’s Kachin and northern Shan states which has seen iterations of conflicts over the last decade.

HRW found that traffickers often prey on women and girls in those regions, offering jobs in and transport to China. The women are then sold for 3,000 to 13,000 dollars to Chinese families struggling to find a bride for their sons.

Once purchased, women and girls are often locked in room and raped so that they can quickly provide a baby for the family.

Often times, women and girls are even sold by people they know—sometimes even by family members.

“The idea that there is a situation, a set of social pressures, a sense of lawlessness that is so extreme that it is causing people to sell their own relatives…it is shocking,” Barr said.

In India, bride trafficking has become common in the northern states such as Haryana which has only 830 girls to every 1,000 boys.

In a study, the United Nations Office on Drugs and Crime (UNODC) found in over 10,000 households, over 9,000 married women in Haryana were brought from other States.

Most of those women came from poor villages in Assam, West Bengal, and Bihar where their families, desperate for money, struck deals with traffickers. There are also cases of girls being resold to other people after living a married life for a few years.

According to the 2016 National Crimes Records Bureau, almost 34,000 were kidnapped or abducted for the purpose of marriage across India, half of whom were under the age of 18.

While the immediate consequences for women are clear, there may also be long-term consequences of the distorted sex ratio.

“Part of the reason that we should be worrying about it is that we simply don’t know what the long-term consequences of this are. We don’t know how this might change societies, but this is something that is going to have an effect through generations,” Barr told IPS, highlighting the need for action including better prevention efforts and law enforcement on trafficking and violence against women.

But at the end of the day, governments must do more to address the root cause of the imbalance—gender discrimination.

China’s now two-child policy may also continue to pose a threat to women and girls, as well as the future stability of the country’s population.

“The most fundamental problem is gender inequality and most fundamental solution to this is that you have to change the dynamics in society that makes sons valued and daughters not valued,” Barr concluded.