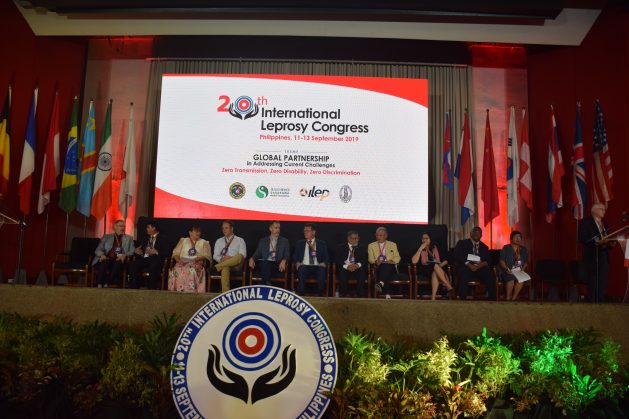 The 20th International Leprosy Congress (ILC) is being held Sept. 10 to 13 in Manila, Philippines. The conference is hosted every three years and was last held in China in 2016. Credit: Stella Paul/IPS

MANILA, Sep 12 2019 (IPS) - Rachna Kumari of Munger in Eastern India’s Bihar state is not yet 30. But she’s already been married at 18, abandoned by her husband after she was diagnosed with leprosy and become an award-winning advocate of the disease. She has traversed a long road. And this week she undertook another step in her journey to fly to Manila, Philippines, as a delegate at the 20th International Leprosy Congress (ILC).

The grassroots leader, who is employed by the International Federation of Anti-Leprosy Associations (ILEP), has also previously traveled to Ethiopia and China to share stories about her life and her work.

Prior to attending the ILC yesterday Sept. 12, she participated in the Global Forum of People’s Organisations on Hansen’s Disease, an event co-organised by Japan’s  The Nippon Foundation (TNF) and Sasakawa Health Foundation (SHF). The global forum gave her valuable insights into the universal challenges of leprosy-affected and leprosy advocates such as stigma and lack of financial sustainability, Kumari said.

She said she also gained technical education and management skills, which she feels are crucial for success in advocacy.

She added that when she carries out her work in communities across Munger, she has no official identification to show many of the Hansen’s disease-affected persons she comes across, many of whom are weary of strangers as they continue to face discrimination and stigma.

This simple form of accreditation, Kumari said, played a huge role in advocacy against the disease.

“[In] my community, I have nothing to prove that I am an advocate, a knowledge builder. So, people doubt me, they don’t know if they [can] trust me. A simple document of identification can be a big step to build trust between a community worker and her community,” Kumari told IPS.

Maya Ranavare, who works as a treasurer in Association of People Affected by Leprosy (APAL), in western India’s Maharashtra state, says that partnerships among organisations must not remain in closed rooms but should instead result in collective action that reaches communities.

“There is a sense of competition among  people’s organisations. Instead, we must act collectively. Also, if it is a partnership, then there should not be duplicity. Tasks should be distributed evenly. If one organisation is doing mobilisation, other should work on technical education. This will increase everyone’s skill and ability,” Ranavare told IPS. 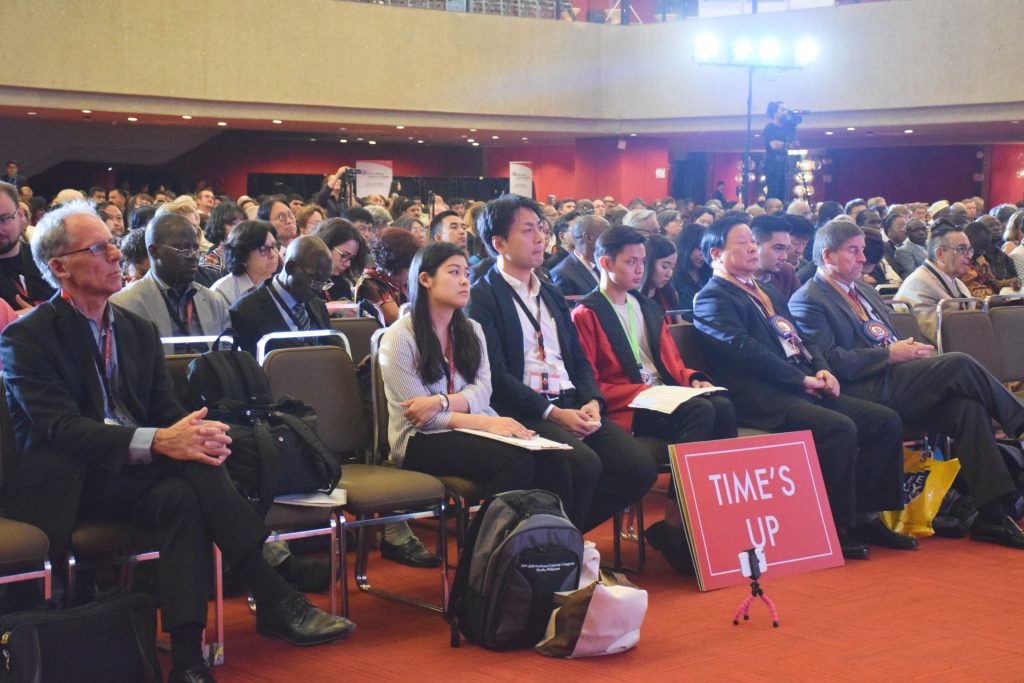 Participants at the opening of the 20th International Leprosy Congress in Manila, Philippines on 11 Sept. 11, 2019. Credit: Stella Paul/IPS

According to Dr Arturo Cunanan, the Chief Medical Officer of the Culion Sanitarium and General Hospital in the Philippines, there needs to be programmatic changes in the government public health system. Budgetary allocation, innovation, new research and sensitisation of healthcare workers are all needs of the hour.

“Leprosy elimination is now like a car that has run out of fuel. We need that fuel right now. The fuel is innovation. Take vaccination for example. Why is that even after centuries, we still don’t have a vaccination for universal application?

“Also, we need innovative, easier ways to diagnose leprosy. If you look at Tuberculosis, there are several ways to do a quick test and find out if a person has it. But for leprosy, we still have only clinical test. We need new tools, quicker ways and for all of that we need new investments in innovation, research,“ Cunanan told IPS.

The ILC started runs Sep 10 to 13. The congress will identify the priorities for a future course of action to end leprosy. Currently there are 200,000 new leprosy cases reported every year across the world, with 60 percent of those new cases originating in India.

According to the organisers, the congress will identify the priorities for the future course of action for achieving zero leprosy. The congress also emphasised the importance of partnerships and a new future partnership among the leprosy-affected people’s organisations has already started between HANDA – a Chinese NGO– and PERMATA, an NGO based in Indonesia.

HANDA, which has recently been recognised by the government of China for their skills in project management, finance management and organisational re-structuring, is set to share these crucial skills with PERMATA.

“We will soon host a delegation from PERMATA in our Guanzhou office. They have a special interest in finance management and we are ready to share our expertise and experience in that area with them,” Sally Qi of HANDA told IPS.

SHF was instrumental in building this partnership and encouraged  both HANDA and PERMATA to start a dialogue on skill sharing, Qi added.