KUALA LUMPUR, Malaysia, Oct 8 2019 (IPS) - Two decades into the 21st century, all too many people still associate being ‘overweight’ with prosperity, health and wellbeing, mainly because being thin has long been associated with being emaciated due to hunger, undernourishment and malnutrition. 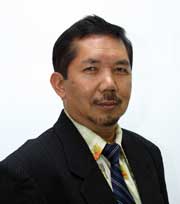 The standard World Health Organization (WHO) BMI cut-off for overweight is 25, while the threshold for obesity is 30, understood as an abnormally high percentage of fat, which can be either generalized or localized.

Obesity pandemic
In 2014, McKinsey Global Institute estimated 2.1 billion overweight people, including the obese, then almost 30% of the world’s population. The related economic burden was estimated to be over US$2 trillion, a close third to civil conflicts and smoking.

By 2016, an estimated 1.97 billion adults and over 338 million children and adolescents worldwide were categorized as overweight or obese, following the rapid increase in overweight, including obesity, in recent decades.

The situation in many middle-income developing countries is especially dire as higher incomes and more food consumption have reduced hunger while worsening other forms of malnutrition, including ‘hidden hunger’ or micronutrient deficiencies. The resulting health condition of much of the population generally imposes heavy costs for themselves, their families and their nations, while reducing their incomes.

Role of the brain
Obesity is typically due to nutrient imbalances where food ingested is stored as fat, instead of being utilized for energy and metabolism. Epidemiological evidence suggests ‘high fat’ and carbohydrate diets contribute to obesity, and the relationship between dietary fat and the degree of obesity.

Although there is now a near consensus that unhealthy diets worsen obesity and health, less is known about neurological changes to the brain due to such diets. Recent research finds that high-fat diets — specifically those with considerable fats and carbohydrates — contribute to irregularities in parts of the brain regulating body weight.

A recent study found that high-fat diets stimulate inflammation in the brains of mice, triggering physical changes in such cells, and encouraging the mice to eat more and become obese. As this happens before the body displays signs of obesity and body weight changes, it implies that high-fat diets induce the brain to want to eat more.

Thus, it is possible that high-fat diets may not just affect humans physically, but also alter food intake neurologically. Hence, it is detrimental when food rich in fat and carbohydrates is easily available, encouraging even more eating.

The presence of large numbers of fat cells changes micro-biomes inside the body, causing the body to respond negatively. Worryingly, obesity has been closely linked to various chronic diseases including cardiovascular disease, diabetes and other metabolic disorders.

Recent research also clarifies how they affect various diseases of the brain, including Alzheimer’s, a neurological disorder associated with changes in brain cells more prevalent among the obese.

Such evidence continues to grow. Therefore, high fat diets have not only contributed to the developing world’s overweight and obesity pandemic, but may also have caused damage to brains and brain functioning.

Prevention better than cure
Changing diets, food consumption and human behaviour have all contributed to the nutrition transition and obesity pandemic.

While the developing world makes slow progress in overcoming hunger, or dietary energy undernourishment, much more needs to be done to educate the public about problems of malnutrition besides macronutrient deficiencies.

Micronutrient deficiencies, or ‘hidden hunger’, as well as diet-related non-communicable diseases also need to be addressed.

Already, those associated with overweight and obesity have been growing rapidly to pandemic proportions in recent decades, mainly due to dietary and other behavioural changes.