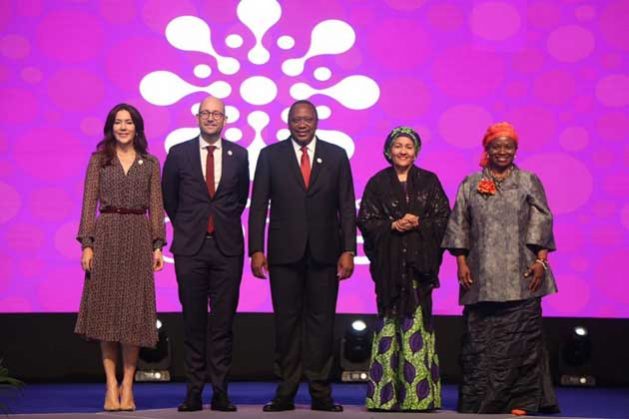 NAIROBI, Kenya, Nov 12 2019 (IPS) - More than 6 000 delegates in the population development sector are gathering in the Kenyan capital of Nairobi this week to renew the promise made to girls and women 25 years ago in Cairo.

Giving them the renewed mandate were young girls from different African countries, in their firm voices, called upon delegates to ensure that they have access to sexual reproductive health rights, justice and equality.

“I want to be educated about sexual and reproductive rights,” said one of the girls to the applause of the packed conference room at the Kenyatta International Convention Centre.

A call to Action

In this conference, the girls aim to jolt the delegates to action following a commitment made in the Egyptian capital of Cairo in 1994. The commitment then was to create equality for all by placing women at the centre of global development strategies.

A quarter century later, and in commemorating the 25th anniversary of the International Conference on Population Development (ICPD25), the delegates from 179 countries are renewing the Cairo Promise in light of the fact that the 1994 vision is far from being a reality. The Nairobi Summit is therefore focusing on doubling efforts in the following key areas:

There’s been progress, but…

The United Nations Population Fund (UNFPA) executive director, Natalia Kanem, told delegates that despite the long journey ahead, progress has been made in the last 25 years. 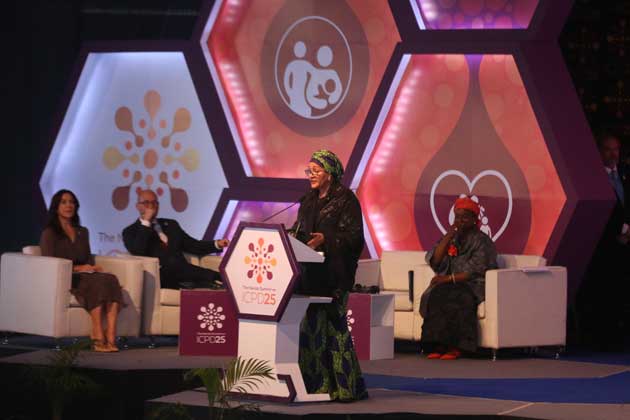 “Maternal mortality is down 44 percent, worldwide,” said Kanem, adding: “This means four million women who would have otherwise died while pregnant, or at childbirth, are alive today.”

While she noted that there was a good reason to celebrate, she, however, noted that “good progress is not good enough”, insisting that the promises made to girls, women and everyone should be kept.

In illustrating the challenges, she said within the short space of time that she was standing at the podium, at least 46 under-age girls have been forced to marriage, and a countless number of girls have been sexually abused, hurt and traumatised.

“The victims and survivors are most likely to be shamed and blamed than the perpetrators who violated them,” Kanem said.

She paid tribute to governments, civil society organisations, UN agencies, the private sector and the youth, for bringing new ideas and resources to make rights and choices a reality.

“To the youth, you’re inspiring in pushing us to go further. Thank you,” she said.

Also adding his voice to action against all practices, policies and laws that put women at a disadvantage, was the Kenyan President Uhuru Kenyatta.

He reminded the delegates that there were absent participants from the Nairobi Summit. In his statement, he was making reference to women of the world who would, this year alone, experience gender-based violence inflicted most likely by someone close to them. He was also referring to the 800 women and girls who die every day during pregnancy or childbirth, the four million girls who are forced to undergo Female Genital Mutilation (FGM), the more than 33 000 girls married every day before the age of 18 and millions of unemployed youths with limited hope for a better future.

Kenyatta urged delegates to let their deliberations “ be guided by the needs, the aspirations and the unrealised potential of those individuals who are not present here.”

He noted that significant progress in key areas, though uneven, has been made since 1994 when the Cairo Promise was first made. Kenyatta observed that today nearly one billion fewer people live in extreme poverty compared to 1990, life expectancy has increased by seven years, universal access to primary education has gone up and access to birth control has also increased, leading to a reduced global fertility rate.

“We’ve also seen a steady, though slow increase, in the number of women in leadership and decision-making positions in all sectors of society,” said Kenyatta.

In renewing the promise, Kenyatta said the packaging of priority actions will differ from country to country depending on their development needs, urging nations to at least commit to increasing secondary and tertiary education for both boys and girls. He also implored the nations to strive to reduce maternal deaths and to eliminate incidents of FGM.

The United Nation’s (UN) deputy secretary-general, Amina Mohammed, called for the youth’s involvement in the decision-making table, adding that there must be data of support programmes. 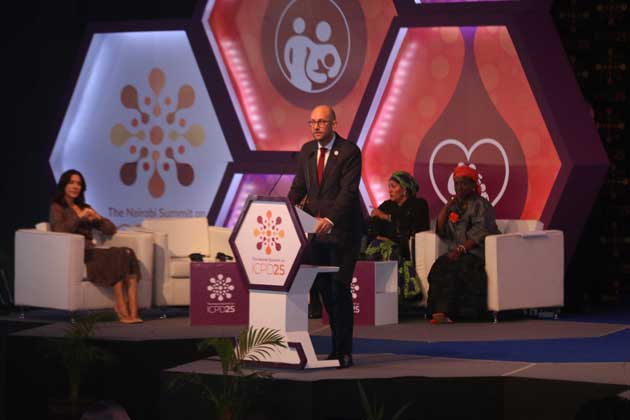 Danish Minister for Development Cooperation Rasmus Prehn said women and girls are at the heart of sustainable development. He called upon delegates to maximise their effort in this endeavour, adding that he was looking forward to ICPD30 only if it is about celebrating success. “Women and girls are the true owners of their bodies,” he said.