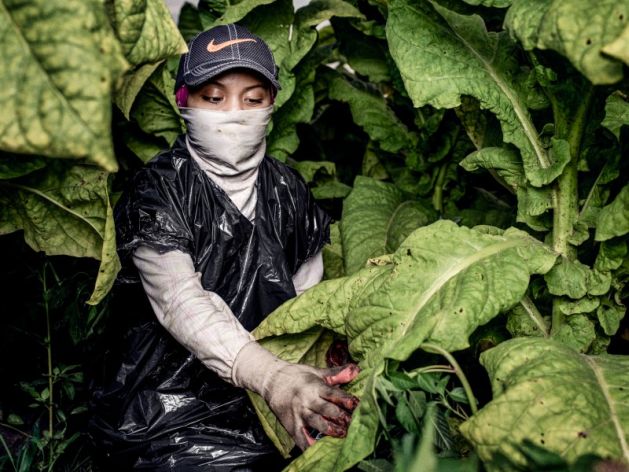 NEW YORK, Dec 3 2019 (IPS) - Legal action against British American Tobacco (BAT), one of the world’s largest tobacco firms, could see the company punished for profiting from child labor and force the industry to finally confront its treatment of vulnerable workers.

The case, brought by human rights lawyers on behalf of hundreds of tenant farmers and their children in Malawi, contends that the company is guilty of “unjust enrichment.” Martyn Day, a senior partner at Leigh Day, the firm bringing the case, told The Guardian that the tenant farmers cultivating tobacco for one of BAT’s main suppliers are paid so little and the work involved is so labor intensive that they are forced to rely on help from their children.

The claimants are suing for compensation, and their lawyers believe it could force the company to pay more for the leaf it buys to ensure proper livelihoods for the workers and farmers at the bottom of its supply chain.

BAT said it takes the issue “extremely seriously” and makes clear to all its farmers and suppliers that exploitative child labor “will not be tolerated.”

Driven by poverty, children work in tobacco farming to help their families make ends meet, to raise money for school fees or books, or to help their parents increase their earnings or save money on hired labor

Over the last six years, I’ve interviewed hundreds of child workers involved in back-breaking, dangerous work on tobacco farms in the United States, Indonesia, and Zimbabwe. The tobacco they help to produce ends up in products sold by the largest tobacco companies in the world.

In the United States, I spoke with children as young as 7 and their parents. One farmworker, a single mother of five children, told me, “What I earn is not sufficient for my family. My children have to work to buy school supplies, clothes, the things you have to pay for at school.”

Small-scale tobacco farmers in Indonesia told me they were too poor to hire laborers, so their children often helped in the fields.

Poverty has also fueled child labor in tobacco farming in Zimbabwe, where children work to raise money for school fees or food. “I am looking for money for survival,” one 16-year-old tobacco worker told me. She earned just $3 a day on tobacco farms.

Work in tobacco farming is especially hazardous for children because tobacco plants contain nicotine, which can be absorbed through the skin and cause acute nicotine poisoning. Many child workers report nausea, vomiting, headaches, or dizziness while they work – all symptoms of the poisoning. Child workers are also often exposed to pesticides, and they work long hours in extreme heat, sometimes using dangerous tools or machinery.

For years, my colleagues and I have been urging tobacco companies to eradicate child labor in their global supply chains. Though most companies have policies against child labor, none of them prohibit children from all work handling tobacco—the best policy for protecting children from harm. And year after year, investigations in the tobacco sector show persistent problems with child labor.

Ending child labor requires action by governments and companies to provide children with quality education, to enact strong child labor laws and policies with serious monitoring and inspection, and – crucially – to address family poverty. In the tobacco sector, that means companies ensuring that the price they pay for tobacco leaf lets workers and small-scale tobacco farmers actually earn a living wage.

After years of work on this issue, I still can’t comprehend how – in 2019 – big tobacco companies can profit without penalties from tobacco produced by child workers who are exhausted, overworked, falling behind in school, and exposed to toxins that could have lasting effects on their brains and bodies.

That’s why news of the lawsuit gave me hope. Though it could take years, the case could force BAT to pay workers and farmers fairly and finally eradicate child labor in its supply chain.

Children shouldn’t need to sacrifice their health and education to help their families survive.