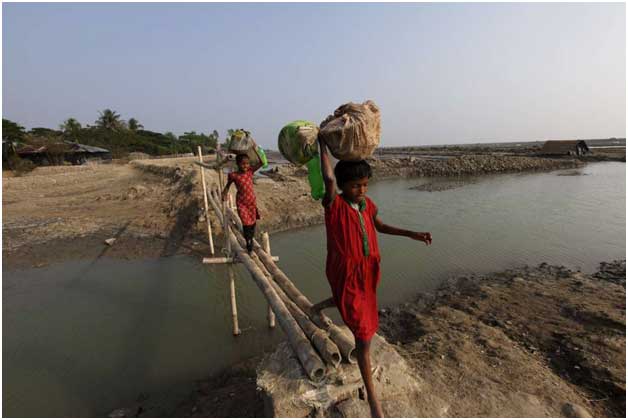 MADRID, Spain, Dec 9 2019 (IPS) - The term “environmental refugee” has gained prominence in recent years as climate change and desertification have threatened the livelihoods of millions of people, causing many to re-locate.

Despite the growing use of the term, there is no universally accepted definition for “environmental refugee”.

The United Nations Environmental Programme (UNEP) uses the term to describe people forced to leave their traditional habitat, temporarily or permanently, because of a marked environmental disruption that jeopardizes their existence and / or seriously effects their quality of life”.

A problem for those who fall within the UNEP definition is that it does not bring them within the definition of a “refugee” as articulated in the 1951 Refugee Convention, and therefore does not qualify them for the rights and protections that a refugee has under international law.

A case in point is Mr Ioane Teitiota from Kiribati who in 2013 applied for asylum in New Zealand on the basis that he was a climate refugee. The High Court of New Zealand rejected this argument and relied on the definition of “refugee” as set out in the Refugee Convention in its judgment.

There have been at least 10 other cases where people have tried to claim refugee status in New Zealand, based on climate change, with all failing.

The Refugee Convention defines a refugee as “Any person who, owing to a well-founded fear of being persecuted for reasons of race, religion, nationality, membership of a particular social group or political opinion, is outside the country of his/her nationality and is unable, or owing to such fear, is unwilling to avail himself/herself of the protection of that country.”

Those who come within this definition are afforded certain rights under international law, such as the right to safe asylum, the same rights and basic help as any other foreigner who is a legal resident in the country, including freedom of thought, of movement, and freedom from torture and degrading treatment, as well as economic and social rights like the right to access to medical care and schooling and the right to work.

At this time, there has been no compelling case made for the international community to accept that persons forced to leave their countries because of environmental reasons fall within the Convention’s definition of a refugee. 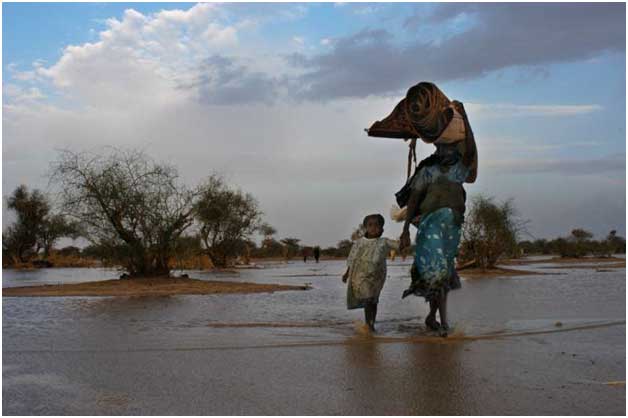 Under the current legal framework, those forced to leave their countries because of climate change would only be able to legally enter and settle in another country if they satisfy immigration laws which are often themselves narrow and restrictive.

Given the status quo, it is very much within the legal rights of countries to turn away environmental refugees at the border, or deport them (as in the case of Mr Teitiota) or confine them in camps within their jurisdictions, with extremely limited legal rights.

Thankfully, there is an appreciation amongst Pacific Island Countries that climate change is a common threat which must be addressed collectively. In 2017, for example, Fiji’s Prime Minister Frank Bainimarama announced that he would allow the populations of Kiribati and Tuvalu to settle in his country, should they be forced to re-locate due to climate change.

However, this initiative appears to have stalled after Mr Sopoaga losing the prime ministership in September 2019. Further, the discussion around climate change in the Pacific has shifted away from re-location and refugee status and focused more on adaption.

This reflects the desire of Pacific peoples to avoid association with refugee status – which is linked to images of homeless, stateless people forced give up their land, and eventually culture – and to remain in their countries.

In Kiribati, for example, the current government has pushed back on the concept of “migration with dignity” which an earlier government had promoted.

Nonetheless, given the alarming increases in sea levels, displacement is a real possibility for Pacific Island Countries and remains at the forefront of many working in the climate change space, even if the term “climate refugee” has lost favour in public discourse.

The New Zealand Government, for example, has supporting Pacific Islands Countries to avert and delay climate-related displacement as its immediate aims, and the absorption of their peoples as a medium to longer term aim, including through a climate change humanitarian visa scheme.

The prospect of a nation of people having to move to another country raises complex questions around self-determination, governance and statehood, including their ongoing rights with respect to the ownership and exploitation of resources within the maritime boundaries of their physically abandoned country.

Culture and identity are at risk if people with intimate ties to their lands move to another area or country. And there is always the possibility of violence when communities are moved on a large scale into already crowded areas or areas with different cultures.