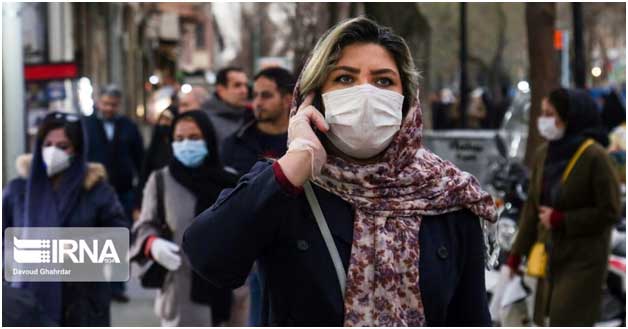 UNITED NATIONS, Mar 12 2020 (IPS) - History shows that in Latin America and the Caribbean, volatility is the norm and not the exception and that the development trajectories of their countries are not linear.

The region has significant links to China, economic relations have skyrocketed in recent decades, particularly through trade, foreign direct investment, and loans.

The COVID-19 outbreak is a new potential source of volatility and a threat to the macroeconomic stability of Latin America and the Caribbean.

While it is still too early to fully understand its impact on China’s growth, and how it will result in a slowdown in our region, what we know so far is that COVID-19 is spreading at an accelerated rate and has caused a disruption to China’s economy.

The virus has spread to more than 117 countries, with more than 117,335 confirmed cases. It is very likely that the impact on China’s growth and commodity prices, besides, represents a shock to our region.

Latin America and the Caribbean have significant links to China, economic relations have skyrocketed in recent decades, particularly through trade, foreign direct investment, and loans.

It is not the same in all countries, but, for example, China represents 28.1 percent of total Brazilian exports, as well as 10.5 percent of Argentina’s and 32.4 percent of Chile’s.

Although China mainly imports primary products such as minerals and metals, agricultural products and fuels, its exports consist of machines and electrical equipment, textiles, chemicals, and metals.

Venezuela is, by far, the largest recipient of these loans, with an amount of US$67.2 billion dollars since 2005, followed by Brazil at US$28.9 billion), Ecuador at US$18.4 billion and Argentina at US$16.9 billion.

Although the full extent of the impact of the coronavirus will ultimately depend on how well the outbreak is contained, China’s growth in the first quarter of the year is expected to fall sharply and recover later in the year.

While China has estimated its 2020 growth at six percent several analysts have revised their projections downward to between five and even 4.5 percent.

These shocks will likely be translated into Latin America and the Caribbean through trade, commodity prices and foreign direct investment. In terms of trade, a slowdown in Chinese demand for goods driven by an economic slowdown will have a strong impact in countries such as Brazil, Chile, and Peru.

Net exporters Argentina, Colombia, and Ecuador will also feel the impact to a lesser extent. History shows that in Latin America and the Caribbean, volatility is the norm and not the exception, and that the development trajectories of their countries are not linear.

The volatility arose with this new coronavirus testing resilience here and in China, that ability to return to a predetermined path of development in the shortest possible time.

Beyond the panic that has been unleashed, COVID-19 is a call to resilience in Latin America and the Caribbean.