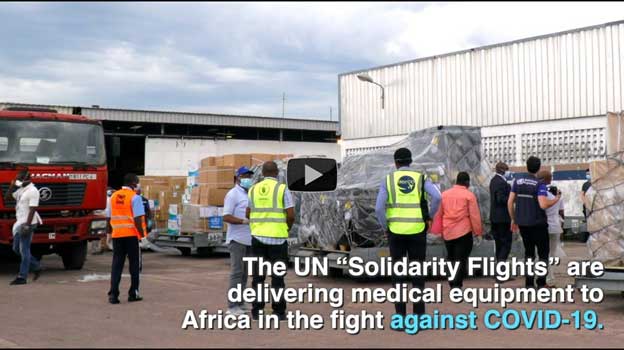 NEW YORK, May 8 2020 (IPS) - COVID-19 has spread to many nations around the world, and has been declared a pandemic by the World Health Organization. In the global south, the COVID-19 pandemic has stretched the available medical and health resources, triggered economic shocks, and caused social upheavals and insecurity in many countries and localities.

While the pandemic has caused huge numbers of infections and deaths in the global north, the consequences in the poorer nations in the global south is acute.

Serious challenges arising from responses from authorities to contain the pandemic ranging from hard to soft lockdowns, curfews, limitations in movements, and social distancing, are causing strains in communities.

From fragile economies to ill- equipped health facilities and underfunded health programs, to the almost non-existent social security measures that would ordinarily cushion large segments of pupations from falling further into poverty, the impact on many communities in the global south will be grave.

While COVID-19 has not had a devastating impact on Africa as it has elsewhere, according to official statistics, we fear that this may change.

On the health side, health experts are already warning that the pandemic could yet exact a much heavier death toll in the region if it overwhelms local health services – as has happened in the United States and United Kingdom.

There are also concerns that the relatively weak health systems and patchy testing may be enabling COVID-19 to spread through Sub-Saharan Africa, without a means of registering any of this data.

The official figures to date locate much of the pandemic’s regional burden in places like South Africa, which has reported nearly 5,000 confirmed cases of COVID-19 and recently deployed hundreds of Cuban doctors to help fight its impact, and more than 1,800 confirmed cases in Cameroon, which has launched nationwide testing in April.

Two countries in the region, Lesotho and Comoros, have yet to officially report any cases, let alone Covid related deaths. According to a director of the African Center for Disease Control, the collapse of global cooperation has marginalised Africa in the diagnostics market, and its lack of hospitals combined with a high prevalence of HIV, tuberculosis, malaria and malnutrition could lead to relatively high COVID-19 mortality rates.

Food security is another major issue. Speaking of concerns in Nigeria, Sister Agatha Chikelue, Executive Director of the Cardinal Onaiyekan Foundation and Coordinator of Religious for Peace’s interfaith Women’s Network, noted that people are afraid of dying of “Hovid” – the hunger caused as a result of loss of livelihoods from the lockdown. 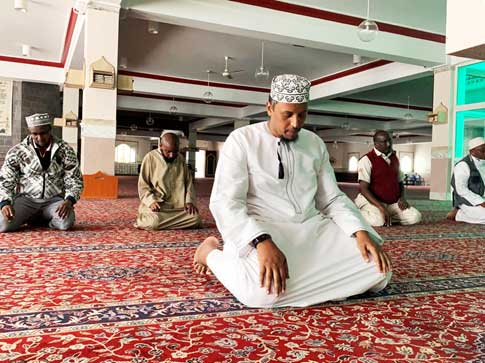 Small wonder, therefore, that Nigeria is one of the countries already struggling to consider reopening some of their businesses, in spite of dire warnings.

According to a UN report, Africa is home to more than half of the 135 million who suffer acutely from food insecurity, which means there are serious concerns about famines and the potential for a significant death toll.

In other words, we are speaking of very real fears that the Covid crises may cause famine in combination with the drought, which will have dire consequences on the conflict-affected countries in the continent.

John Letzing, Digital Editor of Strategic Intelligence at the World Economic Forum, lists some of the dynamics facing the continent as reported on by a number of different sources. Notably,

Some Africans may be suffering indirectly from the impact of COVID-19 while
abroad – in early April, images and video emerged of Africans in Guangzhou,
China, being subjected to passport seizures and arbitrary quarantine,
according to this report. (The Diplomat). Africa has undergone an incredible
journey to make routine immunization possible, though immunization
coverage in sub-Saharan Africa has stalled at 72%. Now, COVID-19 presents
a further threat to progress, according to this analysis. (New African)

Despite the heralding of the coronavirus, there are those who argue that Africa’s governments did little to prepare themselves, their systems, or their people. Other commentators note that many countries have made plans to ease coronavirus-related measures.

There is some speculation that lessons learned from incidents like the 2014 Ebola outbreak will contribute to some countries’ capacities to weather the storm.

The fact is, that one of the key containment measures—social distancing—will be impossible in the crowded markets, high-density informal settlements and dwellings shared by more than one family. Another oft repeated advise is that of frequent handwashing in clean water. But what happens when clean water to drink, is in very short supply for many households across the sub-Saharan African continent?

Moreover, it is inconceivable that governments will, on their own, be able to meet the needs of all their citizens in this COVID pandemic. Many were already struggling to do so even before the pandemic struck.

Besides offering spiritual guidance and support, which is increasingly needed in times of fear and uncertainty, faith communities and organizations in Africa as elsewhere, have, over the years, supplemented governments’ efforts to provide education, health, nutritional and other developmental needs to their communities.

They also have been in the forefront of peacebuilding initiatives, and in advocating for rights-based approaches to development, protection of, and ending violence against children and minorities.

With the COVID-19 pandemic ravaging communities and creating fear and despondency, faith-based and faith-inspired organizations are already providing and augmenting critical services in health care provision – including but not limited to palliative care – and as part of the supply chains (for food, medicines, spiritual relief) reaching the heart of communities.

Religious organisations are also key to disseminating accurate news about the impacts and effects of the pandemic, rendering more critical their services as communicators and advisers on behavioral changes needed to keep communities safe.

Those of us engaged in working with religious actors speak of 84% of the world’s people claiming an affiliation to a faith tradition. This applies to all the world, and the sub-Saharan African subcontinent is no stranger to religiosity and belief as normal in everyday lives.

In times of fear, most believers will turn to faith, and this means that religious institutions, religious leaders and religious NGOs are playing a key role including psycho-social healing of COVID-19 traumas.

The fact is, however, that not all faith actors play the same role. And even when most play a positive role in helping communities and governments to cope, this does not mean all do. We know that some faith leaders are adamant that congregating for religious worship is a means of healing, because “God will spare us”.

These messages are hardly helpful when science and life and death experience indicate that social distancing is not only advisable, but downright necessary.

While the UN Secretary General’s call for a global ceasefire to all conflicts has been echoed by many religious leaders around the world, the question remains whether actors involved in extremist groups using religion as their raison d’etre will contemplate heeding such calls.

In fact, COVID-19 lockdowns may even be opportunities to ramp up violence, as government security services are otherwise engaged. This begs two important questions we have yet to find answers for:

To what extent will those religious institutions involved in providing for the daily spiritual, psycho-social, humanitarian care for their communities, and already overwhelmed in reconfiguring the very nature of religious worship, find the wherewithal to engage with the ‘radical fringes’ in African contexts already deeply divided by conflicts?

And what impact will COVID-19 have on the very same armed groups still insistent on playing out their conflicts? Already, some of those who still carry weapons, are working to serve some of their community needs – providing food, water and even money to households having to do without.

And as they serve their communities’ needs, the extremist groups have also ramped up attacks. In March and April, armed attacks in sub-Saharan Africa increased by 37 %, adding significant strain on the already overstrained resources, currently re-directed to COVID-related emergencies.

Sheikh Ibrahim Lethome, Secretary General of the Center for Sustainable Conflict Resolution, and Convener for the GNRC (Global Network of Religions for Children) Horn of Africa Working Group on religious-based extremism, is not surprised that the extremist groups have fully seized the confusion and despondency that COVID-19 has thrust into already fragile communities.

These stretch from the Sahel in West Africa, the Horn of Africa to Southern Africa’s Cabo Delgado in Mozambique

Will COVID-19 offer an opportunity for a different trajectory for some of those groups? As these groups continue to plant bombs, kill and maim, what will become of armed insurgency in the name of religion, when COVID-19 hits hard in Africa?