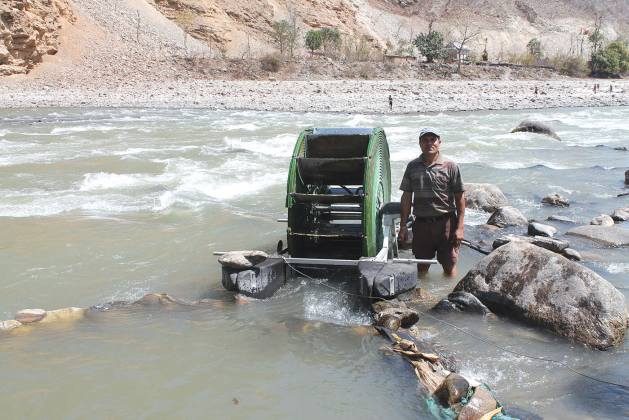 DOLAKHA, Nepal, Jun 25 2020 (IPS) - While growing up in Lele village in southern Lalitpur, Pratap Thapa watched his parents plant maize on their terrace farm and wait for the rains. He often wondered how much of their drudgery could be reduced if water could be brought up from a nearby river.

Thapa went on to study engineering at Delft University in The Netherlands, where he obsessed about how to solve the problem of irrigation for his family in the mountains of Nepal in a cheap and sustainable way.

With his Dutch classmate, he invented a unique pump that derived its energy from the kinetic energy of the flow of water, and used it to pump water up. Like all breakthroughs, it was the sheer simplicity of the technology that made it so applicable.

Called Barsha Pump (after the Nepali word for ‘rain’) Thapa’s invention won him several awards, including the Phillips Innovation Award and Bearing Point Award. This was followed by the registration of the company aQysta in the Netherlands in 2013 to promote the pumps.

It quickly caught on in Europe, but despite success there, Thapa had designed it with Nepal in mind. So, six years ago he brought a couple of prototypes and successfully tested them to irrigate nearly 130 hectares of flats above the Indrawati, Trisuli and Tama Kosi rivers. 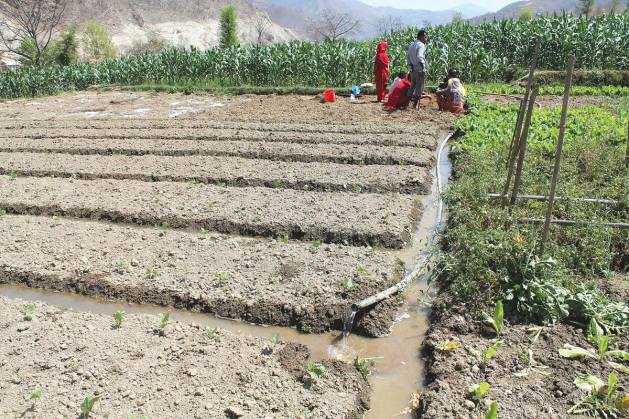 “It’s ironic that almost two-thirds of Nepal’s farms depend on the rains when we are a country of 6,000 rivers,” says Thapa, who studied industrial engineering in India and did his Masters at the Institute of Engineering in Lalitpur.

Today, 131 Barsha Pumps have been deployed across 30 districts with subsidies to farmers from the government’s Agriculture Engineering Directorate, District Agriculture Development Office, and international agencies. Depending on capacity, the pump costs between Rs160,000 – 280,000.

The beauty of the Barsha Pump is that it uses the natural flow of water and doesn’t need fuel. Therefore it does not emit greenhouse gases, and has zero operating cost.

The pump has a special spiral pipe where the water helps compress the air, which in turn lifts water up to a maximum height of 20m or a distance of 2km.

Yuvaraj Shrestha owns a one-hectare farm on a flat above the Tama Kosi River in Ramechhap, and used to make Rs500,000 a year selling vegetables. His main problem was dependance on the rains, even though a glacier-fed river flowed just below the farm.

But in the year after he installed a subsidised Barsha Pump, he made more than Rs3 million in profit from his farm. The pump brings up 12,000 litres of water a day from the Tama Kosi. The flats along the Tama Kosi that used to be fallow in the dry season are now lush green all year round.

“It all started with this pump, this is the key to my success,” said Shrestha.

In Sindhuli district, Arjun Kumar Khatri from the village of Ratomate was practicing subsistence rain-fed agriculture. Now, he is lifting water from Sun Kosi River, 14m below his farm, with a Barsha Pump. “I didn’t believe a pump could lift water without electricity until I saw one myself, our lives are transformed,” he says.

Barsha Pumps are now bringing this miracle to 12 countries including Indonesia, Spain, Turkey and Zambia. Thapa keeps modifying the design with feedback from farmers.