How Women & Girls are Forced to Trade Sex for Water 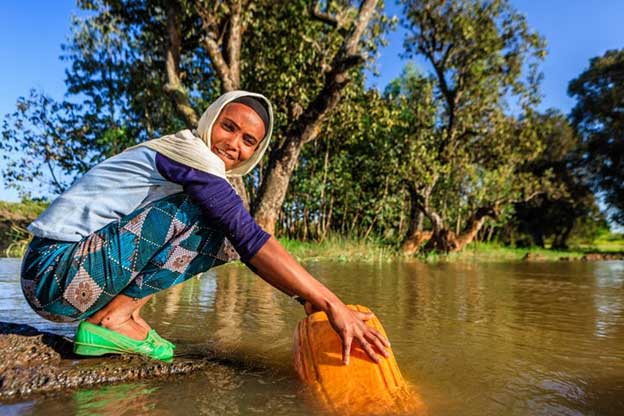 The United Nations has warned that water shortages could affect 5 billion people by 2050. Credit: International Institute for Sustainable Development (IISD)

NAIROBI, Kenya, Aug 21 2020 (IPS) - There is an intimate connection between corruption and COVID-19. This pandemic is making everyday life more desperate, especially in poorer communities, and that means more opportunities for those preying on vulnerable people.

Measures to manage the coronavirus has put millions of people out of work and increased the demand for water to maintain good hygiene – and in most low-income settings, fetching water is women’s work.

Where official services are insufficient or non-existent, this means women and girls are chasing a scarce resource and often do not have enough money to pay for it.

Before the pandemic, getting enough water for basic needs was a daily struggle. Women and girls would spend hours each day collecting water from the nearest source or waiting in long queues at the local tap or pump.

For females living in these circumstances, there has always been the threat of verbal abuse, physical attack or sexual assault while gathering water for their households. Now, with squeezed incomes, weak governance and huge burdens on limited government resources, the danger has got much worse. 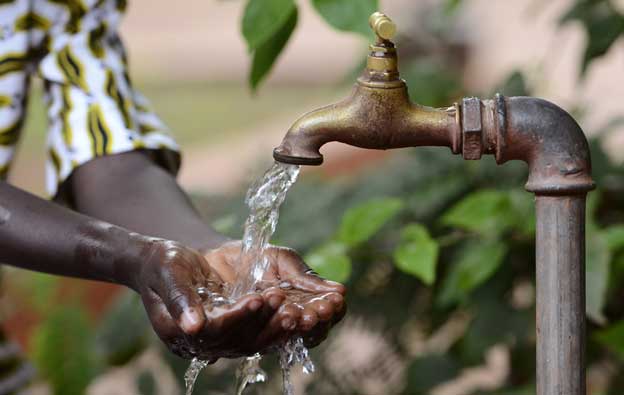 Credit: Shutterstock/ Sanitation and Water for All (SWA)

The following three stories from recent interviews with women in Kenya – their names changed for anonymity – are depressingly familiar to activists on the ground.

Goldie goes to the water point at 4pm and leaves at around 6 or 7pm. She talks about the lack of courtesy – the men who jump the queue and are served without being rebuked. She does not complain because she fears being beaten up.

The government’s dusk-to-dawn COVID-19 curfew has made queues worse and the situation more tense. She has been sexually assaulted three times during water collection but she says she dare not complain to anyone, fearing that this would leading to “worse consequences” for her. She now fetches water as early as possible to avoid confrontation by these men.

Maureen fetches water in the morning with her sisters. When there is a water shortage, she must be out of the door by 4am. She walks for 30 minutes to the water point. She has grown accustomed to harassment, often by people known to her. She feels powerless to do anything about it.

The men, mainly motor bike operators, often block the path and try to ‘woo’ Maureen and her sisters. If they play along, they are allowed to proceed with their business. She has even given her phone number to one of the men and agreed to his advances, which has guaranteed her protection from other men along the route.

However, at the water point, the vendor flirts with her and touches her without her consent, making her feel violated. When Maureen has stood up for herself, the water vendor behaves harshly, yelling at her for any spillage, hiking the price and often ganging up with vendors from other water points to abuse and body-shame her.

Lucy fetches water in the evening after doing household chores and studying. Due to water scarcity in her village, she often queues for an hour at the water point, during which she receives advances from various men, including the water operators. If she is amenable to them, she gets to jump the queue.

However, some men then try to follow her home. Lucy has been cornered four times by different water operators who expected to take their ‘relationship’ a step further. She rejected them and is now denied water access and suffers public humiliation through the obscenities they hurl at her.

She is now forced to walk for 30 minutes to a new water point, accompanied by an older relative, usually her mother. Lucy is not comfortable speaking up, given that perpetrators have been known to bribe their way out of trouble and come back to the village to cause problems for the whistleblowers.

Unfortunately, stories like these are not rare. The numbers are elusive, as victims feel compelled to hide their experiences, but activists and NGO staff regularly receive testimony from girls and women whose lives are being made a misery by men demanding sexual favours for water.

COVID-19 has not created this problem, but it has certainly made it more acute. Its existence is a damning indictment of the failure of effective, accountable governance when it comes to water supply and, for that matter, sanitation and hygiene services.

Governments have the power to act swiftly. Many of the alleged perpetrators work for utilities and other official service providers. Chains of command and mechanisms of accountability must be implemented immediately to restore confidence among the public and donors alike. Unofficial, unsupervised water vendors should be removed from the market by governments to ensure universal service coverage.

That any women or girl is being sexually violated to obtain water for their family is criminal, inhumane and unacceptable. Access to water and sanitation are human rights. During the pandemic, the importance of these rights cannot be overstated.

Sextortion for water is a symptom of multiple problems, which means it will take multiple stakeholders to eradicate it. Representatives for water, sanitation, gender, governance and government must come down hard on this most pernicious of practices and end the nightmare for women and girls being forced to trade their bodies for something as essential and irreplaceable as water.