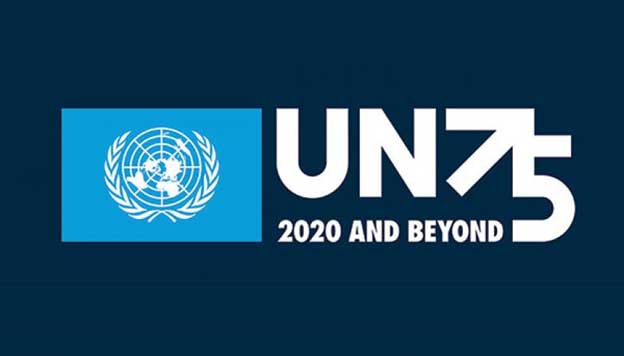 GENEVA, Aug 11 2020 (IPS) - The US detains essential keys to the political and economic stability of the planet. The last four years have been challenging for Americans, their allies, and the rest of the world.

The forthcoming US elections would be a game-changer and UN-related affairs high on the winner’s agenda. If Mr. Trump is re-elected, he may continue his mistrust toward the world body, paving the way for its eventual demise. Should Mr. Biden win, he would be confronted with diverse views from the day one of his administration.

The UN is an inefficient bureaucracy. Political nepotism, waste of resources, outdated mandates, incoherent modus operandi, and fractured image characterize it. However, there is no alternative to the UN.

The winner of the presidential race should not rush to dismantle the body or re-establish “business as usual.” After 75 years of questionable “service to humanity,” it is time to mend the deficiencies, making the organization once again relevant. The following could constitute the basis of food for thought:

The Charter of the UN defines its primary purposes as follows:

(i) “maintain international peace and security” to “save succeeding generations from the scourge of war,”
(ii) “develop friendly relations among nations” to “establish conditions under which justice and respect for obligations arising from treaties and other sources of international law can be maintained,” and
(iii) “achieve international cooperation …. and respect for human rights” to safeguard “freedoms for all without distinction as to race, sex, language, or religion” and “dignity … of the human person, in the equal rights of men and women and of nations large and small.”

The UN received the necessary support to achieve its goals. It created scores of bodies and received trillions or quadrillions of US dollars. However, a glance at the performance of the organization would imply that:

(a) Wars could not be prevented; their number increased. Terrorism and proxy clashes through unlawful armed groups emerged as new threats to world peace and stability. The UN failed in its prime objective of “maintain[ing] international peace and security.” Worst, peacekeepers have been accused of inaction during the genocide in Rwanda and sexual abuse of local populations in numerous countries. Questions are raised regarding their “complicity” in the massacre of Srebrenica.

(b) Antagonism among Member States continued to prevail, preventing the world from “develop[ing] friendly relations among nations.” Agreement on, accession, and ratification of international instruments by Member States, particularly during the UN’s prime ages, constitute its most significant achievement. However, their implementation has proven challenging. Dignity of the human person, fundamentals of human rights, and respect for diversity remain imaginary notions in most parts of the world. Often, Member States violate their commitments without being subject to “penalty.” Secretaries-General have often been tamed to the desire of the most powerful countries.

(c) International cooperation through multi-lateral approaches had timid or quasi no effects. Serious questions have been raised on the impact of trillions of US dollars allocated to develop the socio-economic infrastructures of least developed countries. A simple examination of the Millennium Development Goals (MDGs) demonstrates that practically no country achieved them.

Therefore, the UN proved to be an inadequate machinery. Mistrust regarding multilateralism has well-founded reasons. The organization cannot address its current and future pressing challenges without a complete overhaul of the system. It is only then that it can become once more relevant.

Political Reform:
The possibility of reforming the essence of bodies that affect the UN Charter would be quasi-impossible. It is vital to aim at improving their structure and functionality as much as possible. The need for political reform is focused on the membership of the Security Council.

The Charter gives the extra-ordinary veto power to only 5 Member States. Given the context and realities, an increase in the number of permanent members and a profound political reform would not be feasible. Efforts should focus on areas that can effectively be improved.

Reducing the Secretary-General and senior political appointees’ service to only one term of five years would increase the organization’s efficiency. Most often, the concern surrounding re-election or re-appointment diminishes significantly the ability of incumbents to fulfill their noble tasks. Some individuals are rotating in senior positions for decades, causing apathy and sclerosis to the organization.

Mandates of Bodies and Agencies:
Countless organs have been created, and few abolished, leading to an endless proliferation of entities. A significant part of UN inefficiency also stems from the confusion of respective bodies’ mandates. The overcast lines between department and/or agency mandates engender not only misunderstanding, but also needless competition for relevance and resources.

Such a streamlining exercise would also allow evaluating the efficiency of a particular organ. UNHCR, UNICEF, WFP, WHO, and IOM have been efficient, and credentials are there to prove it. Others have less than satisfactory effects, particularly UNDP, considered a money-wasting institution. It makes sense to dismantle completely similar bodies, strengthening focused development agencies such as UNFPA, FAO, UNWOMEM, etc.

It is also high time to terminate endless Headquarters pseudo reforms to accommodate most senior officials. This practice has so far reduced the efficiency of the UN system considerably.

Structure:
The UN Headquarters are transformed into heavily staffed and expensive centers of bureaucracy. Political (Headquarters) and operational (field) dimensions of the body must be clearly defined. The Headquarters component should be at its strictly minimum, while the field components need-based.

Each organization has a Branch Office in as many countries as possible, regardless of actual need—leading to thousands of staff and perhaps billions of US dollars expenditure without a justifying added value. This practice should be revised and made unequivocally need-based and flexible.

Management:
Manifold sets of rules and procedures have been elaborated in the fields of human resources, financial management, and supply. There is no reason that the UN system should not obey the same rules. However, humanitarian emergency response supply procedures should preferably be field/operations-based to increase efficiency.

Culture/Ethics of the Organization:
Since its creation, the UN has developed a multi-dimensional culture that negatively affects its performance. National/political nepotism, safeguarding the image of the organization at all costs, lack of accountability, dubious promotion and appointment processes, exhaustive meetings, expensive travels and missions, careerism at the expense of efficiency, efforts to please the Member States at the detriment of respect for/defense of principles are a few examples.

Vacancy announcements for crucial positions are “bogus” to show that “process is respected” while, in fact, incumbents are already “selected” beforehand. The same unwritten rules apply for assignments and promotions. In some entities, senior appointments and promotions are at the supreme manager’s discretion, making the fear of favoritism, nepotism, or abuse real.

The image of a perfect organization, not making any mistake, seems more important than standing by the principles the organization was founded upon. The sexual abuse by peacekeepers of the population they are supposed to protect is no longer “taboo.” Often, states that violate human rights get a pass by the UN leaders.

Fear of accountability has led to a lack of innovative initiatives within the organization. It is perceived to be “safer” to do business as usual, than to take a risk in the name of innovation or principle. Hardly someone has faced justice for grave mistakes that have either cost lives or financial losses. A more in-depth look reveals a lack of accountability at multiple layers.

Extensive mission costs and long meetings have become a trademark and synonym for efficiency. The culture of senior staff making every effort to remain at Headquarters and circulate endlessly from one position to another, leads to apathy.

The problem of top leadership competence in the UN system is chronic. The second SG had to resign. Another proved to be a Nazi officer. It is high time to revise the culture of the organization.

Delivering as One (DaO) and UN Development Assistance Framework (UNDAF):
The UN leadership introduced the philosophy of DaO to ensure the success of MDGs. Their assumption was completely wrong. The world faced more instability, insecurity, and humanitarian challenges.

DaO has been interpreted as all UN entities in a given country should be involved in solving a challenge, irrespective of their relevant expertise and capacity. As a result, bodies are fighting for relevance and resources.

Often, efforts are not well-coordinated, and donors fund whom they want. The notion of “one leader, one program, one budgetary framework, and one resource mobilization mechanism” is unrealistic. The role of the Resident Coordinator is superficial.

Without taking stock of MDGs’ failure, the UN leadership proposed the even more formidable Sustainable Development Goals (SDGs). At a glance, some would realize that under the current status of world affairs, they are doomed to fail too.

One meaningful reform would be to rotate the role of Resident Coordinator among the few critical agencies in a given country. This will ensure objectivity and focused action. It will also prevent bureaucratic approaches, meaningless leadership, and waste of resources. UNDAF should change into a more realistic mechanism in a given country, such as UN Action Framework (UNAF).

The Way Forward:
External experts of some ten world-class personalities with critical views about the organization could compose a UN Reform Team. It will elaborate a strategy, timeline, and budgetary requirements.

The Team would rely on the advice of renowned researchers, politicians, diplomats, and experts for in-depth studies of the challenges posed, including a cost/result analysis and propose the way forward. Such reforms should be initiated and supervised by the Security Council through a Resolution as any internal endeavor would prove biased and inefficient.