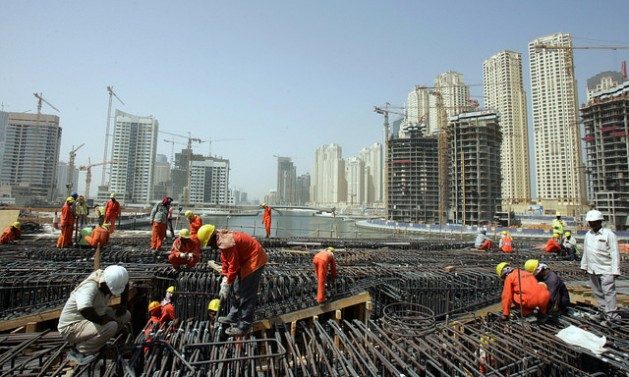 WASHINGTON, Dec 16 2020 (IPS) - Energy efficiency (EE) is often marketed as a tool to save energy and money. The oft-repeated mantra is doing “more with less”, namely producing more goods with less energy. But, as set out in a recent World Bank report (which I co-authored), EE can do something that is often much more important for developing countries: it can produce the additional goods and services needed to raise standards of living.

Shifting the focus from savings to more goods and services can help increase the uptake of EE in developing countries, thereby enabling them to grow faster while also promoting a more sustainable future for all.

EE deployment in these countries has suffered from a narrative that has too often been targeted at advanced economies.

From the European Union to Japan to the United States (under previous administrations and likely under the incoming Biden one), EE has generally been positioned as a tool to generate energy savings. Various other benefits are also recognized, notably employment generation and improved competitiveness which are often used to mobilize local political support.

Yet, the focus has tended to remain on EE’s ability to reduce things: energy use, as well as expenditures on energy and, more recently, greenhouse gas emissions. And, indeed, through a combination of EE and other factors, major advanced economies have succeeded in reducing their energy consumption, and they plan to use EE to achieve further reductions going forward.

Developing countries are looking to secure more energy to fuel this progress.  From India to Indonesia, from South Africa to South America, the developing world is projected to demand increasing amounts of energy.

Total energy consumption of today’s developing countries is projected to rise by about 30% from 2015 to 2030, at which point it will nearly double that of developed countries (figure 1).  This reliance of developing countries on increasing energy use to support their economic growth (in contrast to advanced economies where energy demand has generally already peaked) reflects in part their development situation.

For example, future new building construction, which is an energy-intensive activity, will mostly take place in developing countries, not advanced economies, including emerging economies such as India where over 70% of the built environment of 2030 has yet to be constructed. 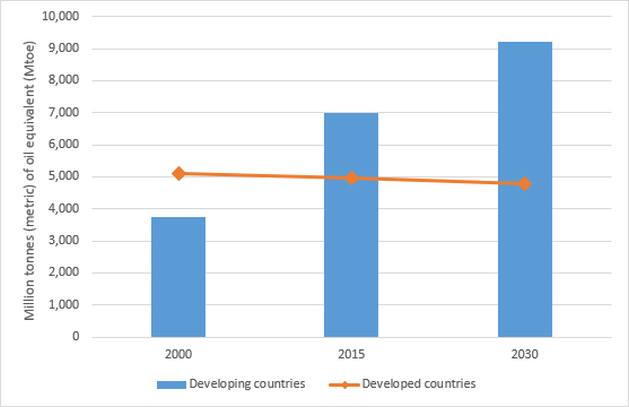 Figure 1: Evolving energy consumption in developing and developed countries. Source: Energy and Development in a Changing World: A Framework for the 21st Century (Columbia University’s Center for Global Energy Policy, 2019), figure 3, based on data from the IEA.

EE can ensure that this increasing energy consumption is used efficiently to raise standards of living.  The focus in the developing country context is less on producing “more with less” energy, but rather on generating “even more from more” energy.

Not only does EE help to decouple GDP growth from energy consumption, it also helps to magnify the impact of increasing energy use to power further economic expansion. Moreover, in these COVID times, EE can be particularly strategic for governments because its deployment generates employment (e.g., the hiring of workers to install energy efficient equipment).

And the coupling of EE and more energy can also provide benefits at the household and business levels.  Many of the poorer families in Asia, Africa and elsewhere want the opportunity to increase their consumption of modern energy fuels, for example for a refrigerator and other home appliances that generate the higher standards of living seen in other places.

Using efficient appliances is even better, magnifying, for example, the benefits of basic electricity access.  Similarly, businesses across the developing world are looking to expand their activities, increasing their outputs and growing their markets to generate larger revenues that can enable them to buy more energy to produce even more to sell.  EE can help them do this in a more efficient and profitable manner.

Unfortunately, traditional metrics for EE are at times ill-adapted to many developing country contexts.  These include metrics such as energy consumption/dwelling, energy for space cooling/square meter, or energy used for water heating/dwelling.

“Progress” is normally evidenced by lower levels . . . and this makes perfect sense in advanced economies whose populations will continue to enjoy high standards of living even as EE-generated energy savings deliver multiple benefits (such as energy security for the European Union).

But in the developing world, acquiring that first refrigerator (which will raise energy consumption in the dwelling), or installing air conditioning in public buildings (which increases energy use in areas previously cooled by fans) will elevate inadequate standards of living.

Irrespective of what might be inferred from a quick (albeit, incomplete and insufficient) scan of EE indicators, in the developing country context, this increased energy consumption per dwelling or per square meter of office space reflects progress.  It is development . . . and EE helps ensure that the equipment to deliver this advancement is efficient.

EE is also key to reaching global climate change goals.  For example, in the sustainable development climate model of the International Energy Agency, EE plays a bigger role (37%) in reducing emissions through 2050 than any other low-carbon tool, including renewables (32%).

This climate model also provides for rising energy consumption by non-OECD countries (a 16% increase between 2016 and 2040) to help to power their future economic expansion. The combination of more EE to support GDP growth, together with a deeper penetration of renewables and other low-carbon technologies, is the key to raising standards of living in developing countries while meeting global climate goals.

And achieving these goals will avoid the worst impacts of climate change that could devastate the vulnerable in the developing world and elsewhere.  When it comes to deploying more EE, the climate change challenge has transformed it from a “nice thing to have” into an “imperative”.

EE is a key to creating greater prosperity across the developing world because it enables even more goods and services to be generated from greater energy use so as to raise standards of living.

For developing countries, it is not about doing “more with less”, it’s about doing “even more with more.” As illustrated by the afore-mentioned World Bank report, pivoting the focus of EE from energy savings to the additional goods and services it produces can help to increase its deployment across the developing world . . . and this will promote stronger and more sustainable economic growth and social improvements.

Philippe Benoit has worked for over 25 years on international development issues, including in previous roles as Division Head for Energy Efficiency and Environment at the International Energy Agency and as Energy Sector Manager at the World Bank. He is currently Managing Director, Energy and Sustainability at Global Infrastructure Advisory Services 2050.