DHAKA , Mar 24 2021 (IPS) - The building that was once the largest health centre in the Kutupalong refugee camp, serving some 55,000 Rohingya refugees 24/7, is now a burnt, distorted shell after a massive fire spread through the Cox’s Bazar camp in Bangladesh this week.

And as the tens of thousands of affected Rohingya return to the empty pieces of land that where once their homes, the need to rebuild — both the health facility and their homes — has added impetus because of the current COVID-19 pandemic and the coming monsoon season.

At least 11 people were killed and more than 45,000 Rohingya refugees were been displaced by a massive fire that caused “catastrophic damage” as it spread through the Kutupalong refugee camp in Cox’s Bazar, the largest refugee camp in the world.

“Tragically, reports from the camps indicate that at least 11 people are said to have lost their lives in the fire and more than 500 others have been injured. Around 400 people are unaccounted for,” the Inter Sector Coordination Group, a group of humanitarian partners said in a statement.

According to the International Organisation for Migration (IOM), more than 10,000 shelters were damaged in the fire and the agency’s largest health centre in the camp was destroyed.

“The loss of the 24/7 health centre, which served more than 55,000 people in the last year, now further complicates the challenge of responding to COVID-19,” IOM said in a statement.

It is not clear how the fire started, but according to a World Food Programme report the massive fire broke out in the Kutupalong mega camp on Monday around 3pm local time and spread to three neighbouring camps.

“The fire that raged through the camps only slowed once it reached the main roads, slopes, canals and rice fields. It has since subsided, but not before consuming essential facilities, shelters and the personal belongings of tens of thousands of people,” IOM said.

IOM, which managed 3 of the affected sites, noted that “the fire affected at least 66 percent of the populations the four affected camps”. 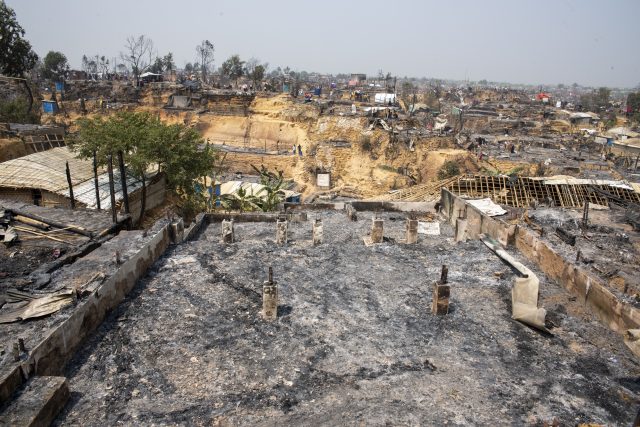 With the monsoon season approaching, IOM says it is critical to rebuild the shelters as quickly as possible. Credit: IOM/Mashrif Abdullah Al 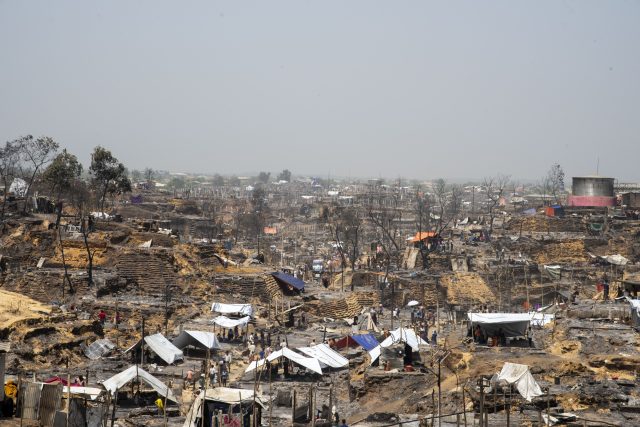 More than 10,000 refugee shelters were damaged when a devastating fire broke out in Cox’s Bazar Rohingya camp, Bangladesh. Some 45,000 Rohingya refugees have been displaced as a result. Credit: IOM/Mashrif Abdullah Al 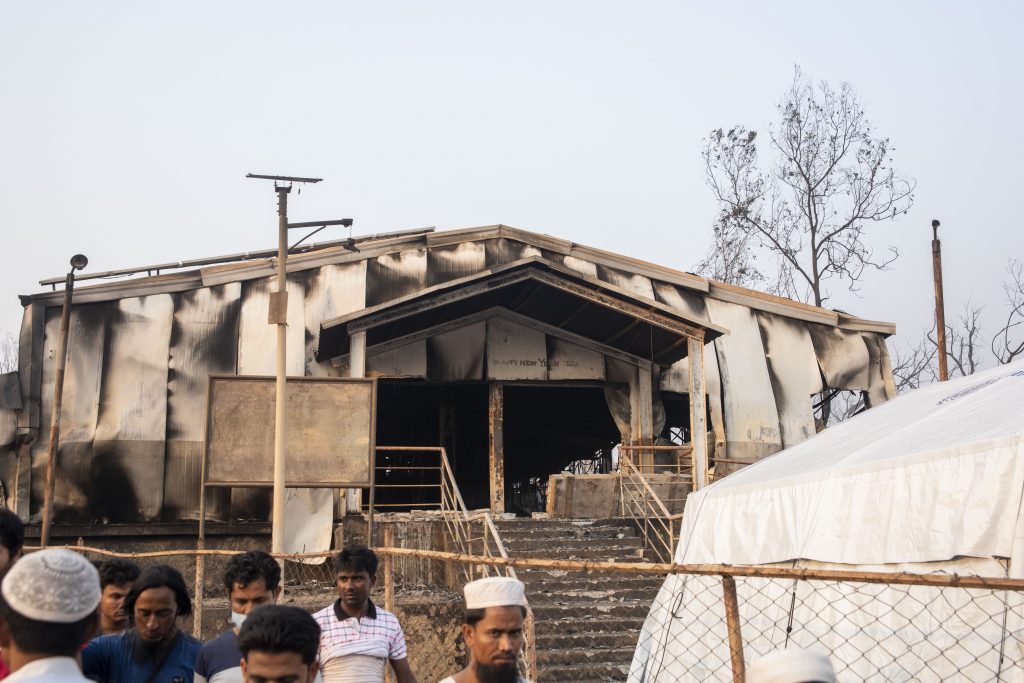 The building that was once the largest health centre in the Kutupalong refugee camp, serving some 55,000 Rohingya refugees 24/7 is now a burnt, distorted shell after a massive fire spread through the Cox’s Bazar camp on Monday, Mar. 22. Credit: IOM/Mashrif Abdullah Al 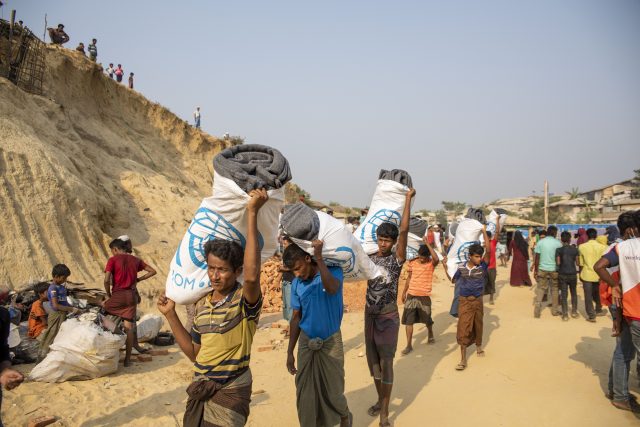 Emergency shelter kits that included blankets and other essentials that were distributed by aid agencies to Rohingya refugees. The WFP said it provided 62,000 hot lunches and hot dinners on Tuesday, Mar. 23. Credit: IOM/Mashrif Abdullah Al