CAMBRIDGE MA, Apr 6 2021 (IPS) - The battle for the future of food has grown contentious, and José Graziano da Silva has become a lightning rod for criticism. In 2014, as Director General of the United Nations Food and Agriculture Organization (FAO), he presided over the institution’s first International Agroecology Symposium, opening what he called “a new window in the Cathedral of the Green Revolution.” The FAO has since then formalized support for “Scaling Up Agroecology” while continuing to promote the kinds of chemical-intensive agriculture associated with the Green Revolution. 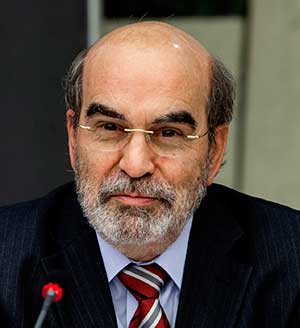 The controversies are on full display in advance of the UN Food Systems Summit, scheduled for October. The conference was called by UN Secretary General Antonio Gutierres to address the alarming failures to meet targets set by the Sustainable Development Goals, including the goal to end severe hunger by 2030. Climate change has contributed to five consecutive years of rising levels of “undernourishment,” according to FAO estimates.

I interviewed José Graziano da Silva by email about agroecology, the Food Systems Summit, and backlash against his initiatives. Since leaving the FAO, which he directed from 2012 to 2019, he founded and directs the Zero Hunger Institute in Brazil.

You presided over some significant shifts in your tenure at FAO, including the “Scaling Up Agroecology” program. Why did you think that was important?

FAO delegates voted to promote and facilitate agroecology “to transform their food and agricultural systems, to mainstream sustainable agriculture on a large scale, and to achieve Zero Hunger and multiple other Sustainable Development Goals.” We launched the “Scaling Up Agroecology Initiative” to provide technical and policy support to countries that request it. FAO initially supported agroecology transition processes in three countries: India, México and Senegal. Nowadays many other countries are testing the approach.

Agroecology is growing but not as rapidly as it should be if we are to avoid the climate disasters caused by the invasive practices of the Green Revolution.

Former U.S. representative to Rome Kip Tom accused you of allowing FAO to be transformed “from a science-based development organization into a champion of agrarian peasant movements.” How do you respond to such criticisms?

These are ideological accusations from a large-scale farmer who was given an international post during the Trump administration. This was part of the same game that took the United States out of the Paris Agreement and other multilateral organizations and mechanisms. Thanks to the American people, that game is over.

During my tenure, I reinforced FAO’s role as a technical organization with its feet on the ground. We increased FAO’s technical capacity and we mainstreamed FAO’s strategy into five concrete objectives: eradicate hunger, promote sustainable agriculture development, reduce rural poverty, ensure fair food systems, and build resilience in rural areas.

Agroecology should not be seen as a movement backwards that rejects new technologies. It is a different way of producing food that requires innovation, respecting local conditions and the participation of producers in the innovation process. There is a need for specific policies and resources on science and innovation to legitimate and improve producers’ knowledge so that agroecology can lead the transition of current agri-food systems towards sustainability. What agroecology rejects are the invasive practices of the Green Revolution, in particular the overuse of chemical inputs like pesticides.

The U.N. Secretary General called for the World Food Systems Summit, now scheduled for September 2021. Does the Summit have the potential to transform food systems in needed ways?

The UN Food Systems Summit was launched amid controversy over the appointment of Agnes Kalibata as Special Envoy to the UN Secretary-General. She leads the Alliance for a Green Revolution in Africa (AGRA). Gradually, the Secretariat of the Summit began to open up the process, with a “Champions Group” and multi-stakeholder outreach to spread dialogues at national, regional and global levels, and to produce a series of reports. While I still don’t know how those conclusions will be absorbed by the real-decision-makers of the Summit, I hope that they can serve at least to express the diversity of opinions about how to move forward.

U.N. Special Rapporteur on the Right to Food, Michael Fakhri, has raised concerns about the framing of the summit, arguing that it fails to integrate a rights-based framework and that it marginalizes important work, such as agroecology.

The UNFSS needs to have at its foundation the right to adequate and healthy food. During his speech at the UN Human Right Council, Michael Fakhri said the Summit is focusing discussions around scientific and market-based solutions, and he called on everyone to make human rights central to their work. I concur with his vision.

I hope that his engagement and call can create the needed shift ahead of the Summit’s main talks. The Summit needs to be clear that zero hunger and sustainable food systems cannot be achieved without healthy soils, healthy seeds, healthy diets and sustainable agriculture practices.

If we are to meet the goal of zero hunger by 2030, what are the most important changes that need to come out of the UN Food Systems Summit?

The most important thing to do is empower the hungry. What makes hunger a very complex political problem is that the hungry are not represented. I never saw a union association that represents the malnourished.

Most of the people who face hunger nowadays are not in this situation due to a lack of food produced but because they don’t have money to buy it. So, give them money or the resources to gain access to food. It is a simple formula. The best would be to increase employment and the minimum wage paid to a level that could allow workers to have access to a healthy diet. And for those who can’t be employed for different reasons, provide them a minimum subsidy through cash transfer programs, as we did in Brazil’s Zero Hunger program. It is that simple: there is no miracle!

Timothy A. Wise is a senior advisor at the Institute for Agriculture and Trade Policy and the author of Eating Tomorrow: Agribusiness, Family Farmers, and the Battle for the Future of Food.