The original article was published on April 23 2021 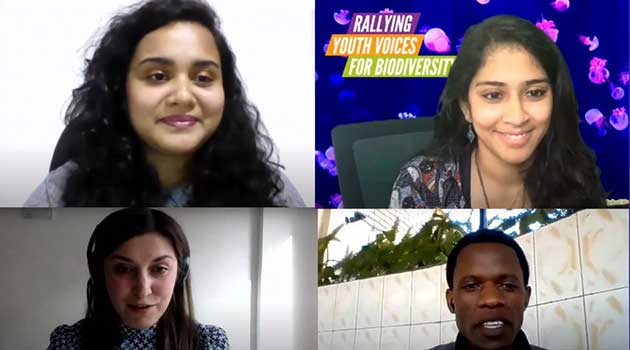 UNITED NATIONS, Apr 23 2021 (IPS) – Following almost two weeks of talks on issues such as climate change, innovation, marine conservation and social justice, thousands of young people from across the globe concluded the first-ever International Union for Conservation of Nature’s (IUCN) One Nature One Future Global Youth Summit with a list of demands for action on nature.

Bhashyam is one of the young people dedicated to climate and conservation action. A zoologist who once studied rare species from the field in India, she told IPS that while she hoped to someday return to wildlife studies and research, her skills in advocacy and rallying young people are urgently needed. Through her work with GYBN, the youth constituency recognised under the Convention on Biological Diversity, she stated proudly that the network has truly become ‘grassroots,’ with 46 national chapters. She said the IUCN Global Youth Summit, which took place from Apr. 5 to 16, gave youth networks like hers an unprecedented platform to reach tens of thousands of the world’s youth.