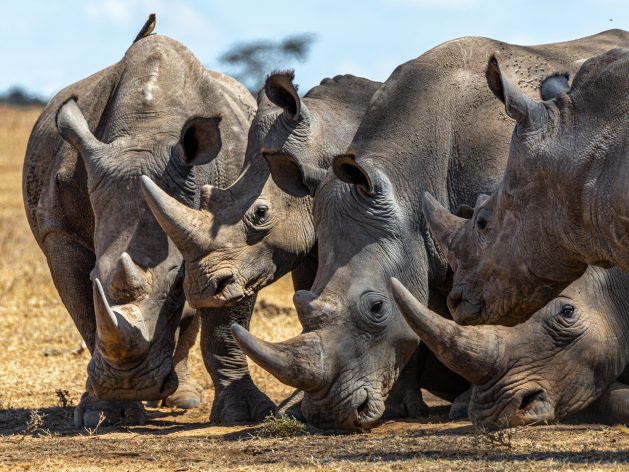 The killing of rhinos by poachers has risen sharply since South Africa started easing COVID-19 lockdown restrictions. Their horns are cut off and trafficked mostly to Asia. Credit: AWF wildlife archive

St David’s, Wales, Aug 6 2021 (IPS) - A recent seizure at Johannesburg’s international airport of a large consignment of rhino horns confirmed worst fears – illegal trafficking of wildlife and the plundering of treasured species is back with a vengeance after a Covid-19 lockdown lull.

Destined for Kuala Lumpur, the 32 pieces of rhino horns weighing a total of 160kg were intercepted by a sniffer dog on July 17.

Rhinos in South Africa were being killed by poachers at the rate of three a day in 2019. But with domestic and international travel restrictions imposed because of the Covid-19 pandemic, the daily toll in 2020 fell to around one. However, a subsequent lockdown easing has given rise to “serious numbers” of rhino poaching incidents, according to WWF.

Carcases of rhinos left by poachers to bleed to death are unfortunately just one of the most visible images of the global illegal trafficking in wildlife – a multi-billion dollar industry often run by transnational syndicates, sometimes alongside trafficking in drugs, arms and people.

From the seas to the skies, the industrial-scale killing of animals, illegal logging of timber and the plundering of rare plants are driving many species to extinction.

Tigers – their bones and other body parts used in traditional medicine — are among the most threatened victims, with 97 percent of the wild tiger population estimated to have disappeared over the past century. Cheetahs are vanishing because of the demand for pets.

A quarter of shark species are now facing extinction, mostly due to illegal and unsustainable fishing. All seven remaining species of sea turtles are at risk. New species of orchids – there are about 28,000 known to science – have disappeared to collectors and thus become extinct in the wild before they are even recorded. Millions of birds are traded illegally each year. The list goes on and on.

The most trafficked mammal on earth is the pangolin, a scaly ant-eating creature. More than a million are estimated to have been poached from the wild in the last decade for their meat, skin and scales. All eight species are deemed at risk of extinction. 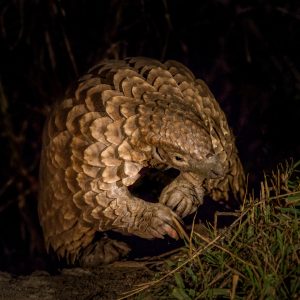 All eight species of pangolin, four in Asia and four in Africa, are threatened with extinction, mostly because of illegal poaching and trafficking. Credit: AWF wildlife archive

The Covid-19 pandemic has hammered home what scientists were long saying – that wildlife trafficking is also a serious threat to global security. Bats and pangolins are the focus of research into the evolutionary path of SARS-CoV-2, the coronavirus that causes the Covid-19 disease. A recent study by the Francis Crick Institute showed that SARS-CoV-2 could in theory have moved to humans from pangolins, after originating in a currently unknown bat coronavirus.

Three-quarters of all emerging infectious diseases are zoonotic, transferred from animals to humans, facilitated by environmental destruction and wildlife crime.

These findings only further underscore efforts by the International Union for Conservation of Nature to shape humanity’s response to the planet’s conservation crises. The IUCN World Conservation Congress, initially delayed by the pandemic and now to be held from 3-11 September in Marseille, is the world’s leading conservation event where government, civil society and indigenous peoples’ organisations will join discussions, debate and vote on motions that will set priorities and drive conservation and sustainable development action.

Jose Louies, a specialist in wildlife crime prevention with the Wildlife Trust of India (WTI), a co-sponsor of Motion 50, says governments must make the illegal wildlife trade a top priority and set out clear guidelines on wildlife cybercrime. IT companies must also set policies to stop, control and monitor traffickers using their platforms. 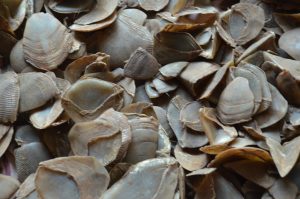 Pangolin scales sold illegally through the internet by wildlife traffickers. The pangolin, sometimes called a scaly anteater, is the world’s most trafficked mammal. Credit: Jose Louies / Wildlife Trust of India.

“Most of these leads were picked up from a single social media platform where the buyers and sellers posted comments with email ids/ phone numbers to connect,” he added. ”We had 114 buyers and 69 sellers,” he said, naming the sample countries as Pakistan, Nepal, Iraq, Indonesia, Bangladesh, Myanmar and 17 states in India.

“The use of social media and messaging apps to build connections between suspects at various levels of trade is a serious matter of concern. Such fluidic and organic systems will enable a network to regenerate quicker than a conventional network.”

WTI sees IUCN as the leading global body to make recommendations and influence policies, regardless of political borders, and to act as an enabler for global conservation policies and practices. “Conservation is not an exclusive job of conservationists – it’s the collective efforts of everyone,” says Louies.

Among the various elements of Motion 50, IUCN members call on governments to strengthen legislation to tackle cyber-enabled wildlife trafficking; collaborate more in cross-border investigations; encourage and protect whistle-blowers; and encourage technology companies to step up efforts to stop online trafficking. 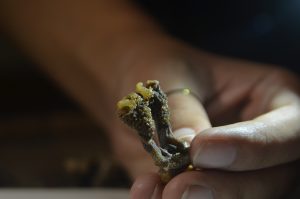 The Coalition to End Wildlife Trafficking Online, launched in 2018, now brings together over 40 companies from across the world in partnership with wildlife experts at WWF, TRAFFIC, and IFAW for an industry-wide approach to shut down online marketplaces for wildlife traffickers

The latest companies to join are China’s Douyin, a popular short video social media platform, and Huya, a video game company.
As the Coalition admits, advances in technology and connectivity, combined with rising buying power and demand for illegal wildlife products, have increased the ease of exchange from poacher to consumer. ”A largely unregulated online market allows criminals to sell illegally obtained wildlife products across the globe. Purchasing elephant ivory, tiger cubs, and pangolin scales is as easy as click, pay, ship.”

But despite such coordinated efforts, including GLACY+ involving Interpol, trafficking is getting even bigger.

“In Africa, cybercrime is escalating on many platforms via the internet,” says Philip Muruthi, vice president of the African Wildlife Foundation, also a co-sponsor of Motion 50. “You just need to do a Google search and you will find someone trying to sell some wildlife product or wildlife… but the capacity to deal with wildlife cybercrime is very low across the board. This is something that we have noted across Africa – a growing silent problem – for which we have limited knowledge and capacity to turn around.”

AWF has a program to train and equip law enforcement officers to combat wildlife cybercrime, starting in Kenya, Uganda and the Democratic Republic of Congo, but governments and other players could do much more, Muruthi tells IPS.

“What is agreed at these IUCN World Conservation Congresses often results in enhanced collective action. The issue of wildlife cybercrime may be elusive at a glance but deep analyses reveals it warrants local, regional and global attention,” Muruthi adds.

Stressing the importance of its unique structure spanning governments, NGOs, the private sector, individuals and indigenous peoples, AWF also benefits from being able to access more potential collaborators and span disciplines and themes.

Steven Galster, chair of Freeland which describes itself as a “lean, frontline international NGO with a team of law enforcement, development and communications specialists” fighting wildlife trafficking and human slavery, says traffickers are winning an unequal battle. Richer countries are not backing up their political promises with action, he says.

More broadly, Freeland, a co-sponsor of Motion 065, is calling on IUCN to go further and push for a global suspension of commercial trade in wild animals as a matter of urgency to save biodiversity and avoid another pandemic, rather than just trying to stamp out illegal wildlife trade as defined by CITES conventions.

“Legal trade also carries virus transmission risks. There remains so much unknown about the many viruses out there, and how they may mutate, that we should not be confining our containment to only some species of families of animals,” Galster says. ”The precautionary principle should be pushed harder than ever in wake of Covid-19.”