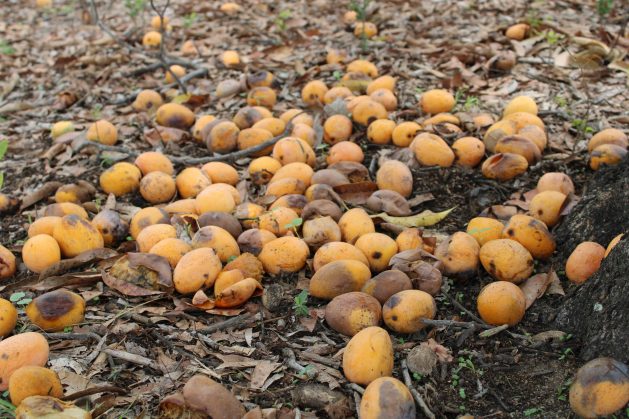 UNEP estimates that 50 percent of post-harvest losses occur in vegetable and fruit crops. However, innovative agro-processors have found a way to process Morula fruit into jams and other products. Credit: Busani Bafana/IPS

Monthe took a tasty interest in the fruit of the morula (Sclerocarya birrea), a hardy indigenous tree that grows naturally across Africa. The morula fruit is rich in vitamins and nutrients, with eight times the vitamin C of oranges.

Monthe – a serial entrepreneur and agro processor – has turned the morula waste fruit into award-winning, low to zero-sugar preserves and jams through Maungo Craft, a social enterprise co-founded by Monthe and Olayemi Aganga in 2017. In addition, the company makes marmalades and sugar-free onion and baobab chutney.

“We saw a great opportunity and decided to make preserves with the morula fruit that typically goes unused in Botswana,” Monthe, the Managing Director of Maungo Craft, tells IPS.

“We learned on our journey that when it comes to creating cosmetic morula oil, cosmetic processors go through 300 tonnes of morula fruit pulp to get to 12 tonnes of morula cosmetic oil. We thought to ourselves, what happens to all of that fruit,” Monthe recalls.

As the world battles food and nutrition insecurity – more than 280 million people were undernourished in Africa in 2020 – food loss and food waste are a growing challenge.

Food waste is a result of overproduced food during industrial processing, distribution, and consumption. The food is never eaten and thrown away. Food loss refers to food lost at the time of cultivation, harvesting and processing and preservation. This food doesn’t reach consumers.

Factors driving food loss and waste include the absence of or poor agro-processing skills and facilities by smallholder farmers and poor and inadequate storage facilities, which means farmers cannot store perishable food or preserve it for future use. 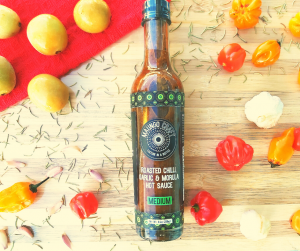 Inefficient processing and drying, poor storage, and insufficient infrastructure are instrumental factors in food waste in Africa, according to the United Nation’s Food and Agriculture Organisation (FAO) of the United Nations. The FAO estimates that in Sub-Saharan Africa, post-harvest food losses are worth US$ 4 billion per year – or enough to feed at least 48 million people.

In many African countries, the post-harvest losses of food cereals are estimated at 25 per cent of the total crop harvested. For some crops such as fruits, vegetables, and root crops, being less hardy than cereals, post-harvest losses can reach 50 percent, UNEP says.

Describing morula as an amazing fruit, Monthe said the fruit could be used for food and skincare products. The United Nations Conference on Trade and Development estimates the value of the global morula oil market to be worth $56.9 million by 2025 on a return of 4.4 percent.

Food losses for perishable crops such as fruits and vegetables exceed 20 percent, while for certain leafy greens and tropical fruit, the figure is more than 40 percent, according to the projections by the FAO.

A small percent of morula fruit is processed or value-added in Botswana, contributing to food waste.

Maungo Craft works with local vendors, from suppliers of spices to suppliers of fruit pulp, creating jobs for more than 1000 fruit harvesters in the value chain. Aganga explained that the company has mutual relationships with companies that use the seed in the morula fruit to make cosmetic skin care oil, while they use the fruit that would otherwise go to waste.

“Morula is an underutilised fruit also known as ‘orphan crop’ once integral in the food system,” says Aganga, Head of Production at Maungo Craft which has received 13 awards, including an endorsement of one of its products by Martha Stewart’s kitchen, an International Food Celebrity.

“The reintegration into our food system of fruits and crops like morula is integral in fighting and adapting to climate change. This, along with the delicious taste of many underutilised fruits, meant that using such fruit is of prime importance to us.” 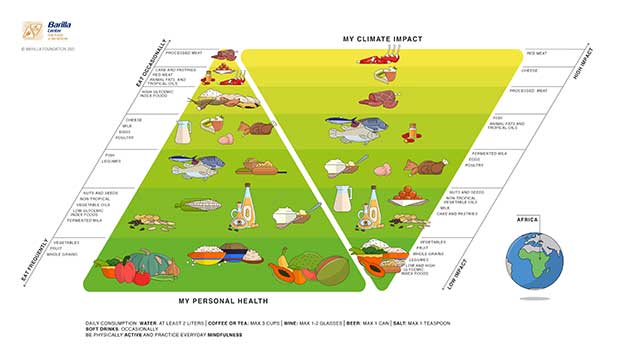 Double Pyramid for Africa, food choices and systems that are perfect for people and the planet. Credit: BCFN

Researchers at BCFN have designed a Double Health and Climate Pyramid that communicates features of a balanced, healthy, and sustainable diet by advising on the appropriate frequency of consumption of all food groups, like prioritising vegetables and fruit adapted to local conditions.

The Double Pyramid highlights the positive impact of nutritional balance on people’s health and protecting the environment. The Double Pyramid shows that foods that should be eaten more frequently are also those that have a lower environmental impact on our planet. On the contrary, foods that should be eaten less frequently tend to have a greater environmental impact. Therefore, within a single model, the relationship between two different but equally relevant objectives can be seen: health and environmental protection.

“Food represents the second most important factor of global sustainability (following the energy industry): it is, therefore, a priority for all concerned in the food production chain to reduce its environmental impact since whoever does not take part in finding a solution is part of the problem,” the BCFN comments.

Monthe said the company is expanding into the local market and eying export markets in South Africa and the United States.

“We shall also create new products for our customers to experience those underutilised foods,” said Monthe. “We put our ‘Culture in a Bottle’.”