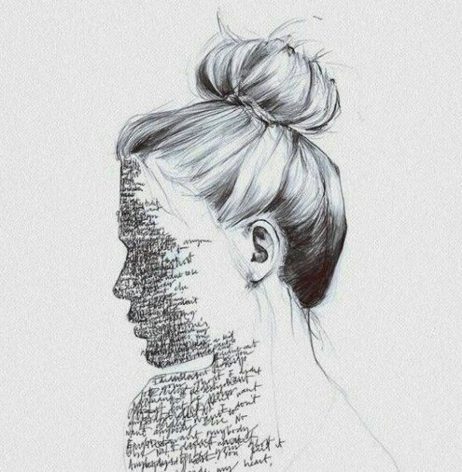 In many countries reporting mental health issues is frowned upon – even though statistics show there is a massive need for therapy and support. This illustration is by Dilselekhika Prerna explores mental health and identity. Credit: Fuzia.com

New York, Nov 18 2021 (IPS) - “I was told to wait and cry it out. How could I explain to them that I have been crying for years? That was not the solution,” asks Azra Zeng, a divorced mother of four in an interview with IPS. “I wanted to speak to someone. I wanted to seek help where I could feel whole again. It felt that I was dying from inside, but no one could see.”

Zeng was trying to make a living and look after her children while fighting a one-woman battle with mental health issues.

“My parents were lecturers at universities, I was earning, but I could not seek help. My boss told me that it shows me as weak at work, and my record will be marked negatively if I mention that I feel depressed at times. After trying to cope for four years, I left my job and moved to another country with my children. The first thing I did was to seek therapy from a licensed professional, and now after two years, I feel alive and thriving.”

Mental health awareness and making therapy, counselling normalized and unstigmatized is a massive step for many countries, cultures and demographics.

According to an article published in Kaiser Family Foundation on February 10, 2021, one in ten adults surveyed before the pandemic reported anxiety and depressive disorder symptoms in the United States.

In 2018, over 48,000 Americans died by suicide. The numbers skyrocketed during the pandemic, and nearly eleven million adults reported having serious thoughts of suicide in 2019, and 47 million people reported having any mental illness.

A 2019 study by a British charity, Mental Health Research U.K., found that 42.5 percent of India’s corporate sector employees suffer from depression or an anxiety disorder.

The number of people reaching out for help or reporting mental health issues is not the same globally. The low-income countries and higher-income countries have massive gaps in treatment facilities, support systems, and acceptance. This is also highly influenced by cultural beliefs, norms and social acceptance.

Juniper Barua, a counsellor, working with underprivileged communities and minorities in New York for the last nine years, says, “it has been incredibly difficult to explain to parents of youth that it is acceptable to seek out counselling.”

In an exclusive interview with IPS, she said that spouses and parents often see mental health as taboo.

“They speak of how they feel and getting treatment. Counselling or even text support during a triggering phase is deemed negative. I have seen hundreds of patients who requested to keep the service secret and gave other excuses while coming to my office. Cultural and religious biases also play a major role in opening up.”

Fuzia’s co-founder Shraddha Varma says, “it is interesting to notice that most people focus on physical health when it comes to health. But when it comes to mental health, there is not much awareness. We at Fuzia understand that going through a rough time alone can make things difficult. Through our ‘Fuzia Wellness’ initiative, community support groups and paid counselling sessions, we want to stand by as a friend, sister, guide and companion”.

Fuzia.com has more than 5 million followers and an active user base on Facebook, Instagram, Twitter, and LinkedIn. Fuzia uses its extensive global presence to create a safe and creative space for users. For World Mental Health Day in October, Fuzia held many support sessions, drawing competitions, supporting podcasts and blogs. It used creative avenues where users could seek information about mental health, learn ways to cope, ask for help, and express themselves in a safe and judgment-free way.

Fuzia’s co-founder Riya Sinha says, “there may be off days and days when you feel like the world is crumbling down. You need to seek help from family and experts for well-round mental and physical health. As a social media platform supporting female health, we want to be there for you for your emotional and mental wellbeing. Academics, relationships, careers or other issues can be hard to deal with, and we are there for you to cope”.

In many countries, mental health is stigmatized, and because of this, people are hesitant to seek help. Innovative awareness building, ways to connect online and offline, involvement in workshops, educational institutes, workplaces and communities can promote mental health awareness.

A teenager currently in therapy, Laibah Ahmed, comments that she finds it extraordinarily comforting when celebrities speak of mental health issues.

“I have seen superstars like Park Jimin of BTS speak freely of his insecurities, saying that he felt shrunk to a room, felt hopeless, and everything was falling apart during the #BTSLoveMyself campaign by UNICEF. This gave me hope. Many of my friends and I got inspired to seek mental health support and open up about our needs. I am now seeking youth counselling through a New York-based NGO. It is great to be able to speak without judgment and have a safe space.”