TRADE: Possibilities and Pitfalls for India, Brazil and S. Africa

JOHANNESBURG, Oct 16 2007 (IPS) - Enthusiasm tempered with notes of caution has characterised the IBSA (India, Brazil and South Africa) Business Forum, held in Johannesburg in the run up to the latest heads of state summit of the three countries. 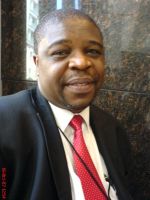 Roughly two hundred delegates were in attendance at the forum Tuesday, many eager about the prospects for increasing trilateral trade. At the same time, they were acutely aware of barriers that still hinder progress.

"The current level of trade amongst the three countries is very low, dismally low, and business is worried about those levels of trade amongst the three countries," Jerry Vilakazi, chief executive officer of Business Unity South Africa (BUSA), told IPS, adding that only two percent of the combined foreign trade of the three states was conducted with each other. BUSA speaks for South African business on matters that concern it nationally and internationally.

Vilakazi said that more needs to be done to help business people in the IBSA nations recognise opportunities for trade and investment. "We need to understand: What are the trade opportunities that we have not leveraged within the three countries?"

To achieve this understanding, Vilakazi believes business people should meet each other more often between the heads of state summits, and hold special sessions dedicated to exploring trade opportunities.

Sceptics claims that IBSA trilateral trade is unlikely ever to reach heights that would challenge existing trade links with the industrialised North, because all three states essentially have emerging economies that produce similar exports.

However, this point of view was rejected by Habil Khorakiwala, president of the Federation of Indian Chambers of Commerce and Industry, who argued that there is in fact "a great degree of complementarity".

He also identified four areas where, in his view, there is considerable scope for synergy between the three countries: agriculture and food processing, pharmaceuticals, transport and energy.

Khorakiwala pointed out that India has a "huge energy deficit" while Brazil is a world leader in biofuels, and South Africa has developed innovative methods of producing synthetic fuels from coal. He believes that these differences in the energy sector provide ample opportunity for more South-South co-operation.

Khorakiwala, who also heads up a large pharmaceutical company in India, believes that although all three IBSA members manufacture pharmaceutical products, there is room for trade in this sector because they do not turn out the same products.

While the airline companies are eager to take advantage of the rising demand for travel between the IBSA countries, governments have been slow to negotiate and approve routes and landing rights. South African Trade and Industry Minister Mandisi Mpahlwa made a commitment to the forum to address this issue.

He also promised to deal with another complaint voiced by several Indian businessmen, concerning difficulties in arranging visas to visit South Africa. They said this had discouraged many of them from exploring business opportunities here.

Mpahlwa said that South-South trade was growing rapidly. He acknowledged, however, that there are still far more barriers to trade between countries of the South than there are for their Northern counterparts.

He also recognised that in many cases it is non-tariff barriers – bureaucracy and regulations – that have the greatest dampening effect on trade between developing nations.

Presidents Thabo Mbeki of South Africa, Luiz Inácio da Silva of Brazil and Prime Minister Manmohan Singh of India will sign a number of important agreements when they meet in the South African capital, Pretoria, Wednesday. These accords are stepping stones towards a free trade agreement covering all three countries.

Wednesday&#39s gathering will be the second IBSA summit.

IBSA was established in 2003, amidst hopes that the three regional powers could boost South-South co-operation and trade.