CRYSTAL CITY, Virginia, Jul 13 2009 (IPS) - Sam Worthington is the president and CEO of InterAction, a coalition of 175 U.S.-based non-governmental organisations (NGOs) that focus on aiding the world’s most poor and vulnerable people. 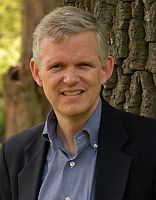 Last week, InterAction held its 25th annual forum in Crystal City, Virginia. Representatives of civil society, the U.S. government, the United Nations and academia gathered for four days to engage each other on questions of how best to address development at a time of U.S. political change and global crises.

Speaking with IPS, Worthington discussed what he considers the successes and potential of U.S. international aid, as well as gaps in current U.S. policy and practice.

While the Barack Obama administration has made significant shifts in rhetoric, he says, old development paradigms focused on nation-states and national security persist, and much still needs to be done in the way of reforming U.S. development policy.

IPS: Some NGOs, including some InterAction members, are frustrated with the implications of “smart power” for international aid. These organisations say they want aid to be given for its own sake, without other motives behind it. Do you sense that frustration? SAM WORTHINGTON: What holds our members together and the voice that we bring to Washington is centred on a desire to improve human dignity and the well-being of the world’s poorest. So our framework is not a power framework at all.

For example, we published a paper called “The Other Partner”, which showed that, of the private resources our members raised, their resources were going to the poorest countries, whereas [US]AID had, I think, two of the 10, but most of their resources, of course, were going to strategically important [countries]. The disconnect is that there’s a belief in Washington that the only way you can sell development is through a power-security framework.

IPS: InterAction lists as one of its major priorities advocating for the creation of a Cabinet-level Department of Development and Humanitarian Assistance. Tell me about that initiative and what progress you have made. SW: That is an aspirational concept. We introduced it about three years ago, and we were able to get the concept well enough established and discussed so that we were able to get all the former aid administrators and some members of Congress on board with the idea.

That said, we know it’s aspirational, and it really requires a president and, particularly, a secretary of state, who sees that as a vision that he or she wants to achieve. In many ways I’ve been thinking of this as sort of a 10-year process. But by having that as part of the conversation, we then created a tremendous amount of room for a conversation about reform, because there was a radical option on the table that a significant portion of the development community thought was a viable option. As a result, it raised expectations, and put significant pressure on the new administration to do something because there is a general agreement that the system is broken.

IPS: Obama’s 2010 aid budget is moving through Congress. What in this aid budget is praiseworthy, and what would you change about it? SW: The Obama administration has taken a major step in the right direction, particularly in the areas of supplementals. We’ve traditionally had an approach for world emergencies where we only partially fund them and then halfway through the year, money runs out and you have this very difficult transition that actually costs lives. So for the first time, they tried quite hard to up-front put resources in.

[The budget] has significant increases, but in many ways was a continuation of the basic budget format of the Bush administration. The budget – and this is true for our entire foreign assistance programme – is a patchquilt of programmes, not a strategic investment with some logic to it, so it is difficult to get a clear sense as to what is being achieved with this budget.

It requires what we call a “grand bargain” between the administration and Congress and interested parts of society interested in development on reframing budgets in such a way that we can be more effective. There is significant talk about doing that, but that has yet to happen.

IPS: Do you sense any nervousness amongst your members about the fact that the Obama administration has yet to appoint new leadership to USAID? SW: There’s significant nervousness. I personally may be a little more understanding in the sense that I do believe that the secretary of state and president and new leadership in the administration really want to do something right in development. Yet they’ve had difficulty because there isn’t a clearly articulated structure or strategy or resources and capacity to find someone who will take on that tough job.

And it’s also not clear that that individual will have the necessary authority to really push as a leader in development. It’s our hope that they will take a bold step in finding someone, because the longer we wait, the more we see the bureaucracy of the State Department assuming a dominant role in the shaping of U.S. development assistance.

And while that makes sense in certain parts of the world, it does not make us confident that you can end up with enough development really focusing on human well-being as its end goal.

IPS: In terms of the economic and food crises, have we perhaps seen a smarter allocation of resources, such as cash aid instead of food aid? SW: I think that the shock of the food crisis resulted in a possibly pretty significant shift of allocation of resources, and I understand the G8 is talking about announcing a 15-billion-dollar investment in global food security.

[The G8 has since announced that it will invest 20 billion dollars in this effort.]

The challenge is to recognise that development is about nation-states helping their people, but it is also about building societies within nation-states to maintain more transparent democratic and prosperous societies. The free market helps with that, and it is important in a sense, but it is not in any way sufficient to ensure that particularly the world’s vulnerable will benefit from a development process.

That is the space where civil society and the NGO community come in, and I think, sadly to say, we’re here for generations to come because the problems caused by this gap of mounting global expectations and the world’s poor is increasingly being met by civil society and not nation-states.