RAMALLAH, Nov 5 2009 (IPS) - Palestinian women continue to suffer abuse and denial of basic human rights at the hands of Israeli settlers and soldiers in the Occupied Palestinian Territories. 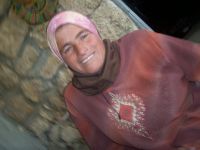 This is in flagrant violation of Israel’s obligations as a signatory to the UN Convention of the Elimination of All Forms of Discrimination Against Women (CEDAW). CEDAW is the first international human rights treaty devoted to the rights of women.

According to the Convention, discrimination against women represents a violation of the principles of equality and human dignity, and is considered an obstacle to the participation of women, on an equal footing with men, in the political, social, economic and cultural life of their country.

The Convention obliges all state parties to take appropriate measures, legislative and non-legislative, to prohibit all forms of discrimination against women.

Israel is a state party to CEDAW which it ratified in 1991. The Palestinian Women’s Centre for Legal Aid and Counselling (WCLAC) in Ramallah recently released a report “Submission to the Field Mission of the Special Committee to Investigate Israeli Practices Affecting the Human Rights of the Palestinian People and Other Arabs of the Occupied Territories”.

A report recently submitted by the Palestinian Women’s Centre for Legal Aid and Counselling (WCLAC) in Ramallah says women and children bear specific consequences of the Israeli occupation.

"Due to the pressures on Palestinian society to deal with the more immediate humanitarian issues as a result of the conflict, women’s needs are either ignored or set aside," states the report.

"This occurs, even as the absence of male members of their families due to prolonged incarceration, often without trial, and/or extra-judicial killings, require them to take on more responsibilities in the home and for their families.

"Women and children also constitute the largest proportion of refugees and displaced persons due to disproportionate use of force and wanton destruction of property to achieve political objectives," adds the report.

Female Palestinian prisoners are also discriminated against. According to WCLAC Palestinian female prisoners are threatened with rape, subjected to torture and brutal interrogations and denied the right to fair trials unlike their Israeli counterparts.

They are also given poor quality food and incarcerated in cold unhygienic cells where their needs during menstruation are ignored. Those with small children are regularly denied visits by the fathers of their children.

But the ultimate discrimination is the denial of family reunification permits by the Israeli authorities. Palestinians resident in Israel or East Jerusalem who marry residents of the West Bank are denied the right to live with their spouses in Israel or East Jerusalem. Families who have done so have been forcibly broken up and the spouses expelled.


In the report WCLAC says women and children bear specific consequences of the Israeli occupation.

“The Israeli occupation impacts on the lives of Palestinian women at every juncture. From sexual harassment and assault, discriminatory treatment of Palestinian female prisoners to being forced to give birth at Israeli checkpoints,” Dima Nashashibi from WCLAC told IPS.

Palestinian women have regularly been attacked and assaulted by Israeli settlers in the occupied West Bank where they are often the only people at home during the day as their men folk are at work.

The women and their children have been shoved, stoned and shot at or have had teargas canisters thrown into their homes while Israeli soldiers looked on and did nothing to stop the settlers.

“I couldn’t run. My pregnancy was too far advanced and there was nowhere to hide,” Amna Salman Rabaye, 31, from the Bedouin village of At Tuwani in the southern West Bank told IPS.

Rabaye was seven months pregnant at the time and was grazing her sheep when a security guard from the adjacent illegal Israeli settlement of Ma’on assaulted her.

“We saw a group of masked Israeli settlers armed with sticks and chains heading towards us. The younger shepherds ran and managed to escape leaving me with the flock of sheep,” Rabaye told IPS.

“It was physically impossible for me to run and I also didn’t want the settlers to kill or steal my sheep. The security guard pushed me over.” Fortunately Rabaye didn’t miscarry.

Giving birth in the occupied territories can be a deadly game of Russian Roulette. “We are continuing to have cases of Palestinian women being forced to give birth at Israeli checkpoints,” says Mutasem Awad from The Palestine Red Crescent Society (PRCS) in Ramallah

“Sometimes the women don’t have the necessary Israeli permits to pass through while at other times they are delayed for hours leading to the death of newborns,” Awad told IPS.

Even if the women are able to reach local health centres the doctors employed there are not always available to give the women the necessary attention due to Israel’s strict limitations on Palestinian movement.

The more than 600 Israeli checkpoints and roadblocks, which cripple Palestinian movement in the West Bank, have also adversely affected the education of female students.

Female students in this conservative society, in greater numbers than males, prefer to stay at home to avoid being harassed and humiliated or exposed to attack at the checkpoints.

Palestinian women and children in East Jerusalem have also been subjected to home evictions and violence by Israeli security forces and settlers as well as threats of sexual assault.

“My daughter was assaulted by Israeli soldiers and police when they evicted us from our homes and threw us on to the streets,” Nadia Hanoun told IPS.

The Hanouns, and a number of other Palestinian families, have been forced to live in tents outside their homes in East Jerusalem to make way for Israeli settlers who claim that the Hanoun’s and other Palestinian homes belong to them.

According to CEDAW it is the responsibility of the state and the Israeli occupation forces to prevent and punish such acts of violence and ensure reparations. This is not being done.
Tweet
Republish | |