FREETOWN, Jan 29 2010 (IPS) - The World Social Forum held in Nairobi in 2007 inspired Sierra Leonean activists to organise themselves to demand things like housing, health care and greater accountability from their government. That inspiration was not sustained. 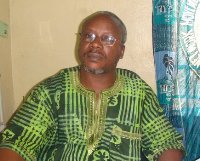 “After we came back from Kenya we had a big five-day meeting in Sierra Leone’s second city, Bo,” says Abu Brima, executive director of a non-governmental organisation called the National Movement for Justice and Development.

Brima says the outcome of the forum was the development of a framework for all civil society to use in developing their organisations’ programmes and proposals. Also developed was an agenda for political parties to commit themselves to as they campaigned for the 2007 presidential and parliamentary elections.

“That social movement was never sustained,” he added.

But social movements did notch up several successes. In December 2007, people in the mining district of Kono demonstrated against the generous concessions made to mining companies, while government’s monitoring and regulation of their activities was poor or non-existent. This led to a new Mining Act that – at least on paper – corrects many of these flaws.

Brima noted that youth successfully challenged the government in 2009 to set up a Youth Commission as recommended by the Truth and Reconciliation Commission’s Report of 2004.

Brima Abdulai Sheriff, director of Amnesty International in Sierra Leone, suggests that part of the problem is that many civil society activists are driven by the financial opportunities rather than the passion for change. Sherrif believes activists too often tailor their campaigns to meet the needs of donors rather than the needs of the people. Then when the funding dries up the campaign dies with it.

Sheriff said other activists lead social movements only to use that platform to seek political office.

He says the various social forums have been crucial to broadening his own organisation’s focus to ensuring that people can participate in the civil and political life of the state without discrimination or repression, to socio-economic rights like the rights to food, housing and health.

Sheriff pointed out that Amnesty is today campaigning against maternal mortality in Sierra Leone, which has one of the worst rates of maternal death in the world.

“However, apart from big international organisations benefiting from the WSF, grassroots social movements in Sierra Leone hardly participate in these forums.” Sheriff stated.

The World Social Forum will this year hold a series of thematic events around the world. The Africa events planned so far will consider labour and migration, food security and poverty, the global financial crisis.

These events, and the global forum planned for Dakar, Senegal in 2011, offer an opportunity to Sierra Leone’s social movements to meet others facing similar challenges to exchange ideas and strategies.

Sonnia Kabba, a human rights officer working for the Human Rights Commission of Sierra Leone, highlights several areas for fruitful conversation and collaboration, including a concrete agreement on climate change and cancellation of debt.

Kabba advised: “Sierra Leone should consider the fact that compared to other countries of the world, we are hardest hit by all the social and economic problems that are in fact pinning the country to the last rung in the Human Development Index.”   She said she hopes that civil society in Sierra Leone will rise up in a sustained and organised manner as social movements elsewhere in the world have done to fight for their rights and for development.

Brima echoes this sentiment. “The WSF is an opportune place where people come from all over the world and present alternative governance ideas, alternative economic models, and also fosters a sense of solidarity. We all express a desire to transform society. We have opportunities to link with others learn skills like advocacy. Overall there is a sense of inspiration.”