ROME, Mar 17 2010 (IPS) - Employees at the International Fund for Agricultural Development (IFAD) may have cause to fear for their jobs after Yukiko Omura was appointed vice president of the United Nations’ rural poverty agency in February. 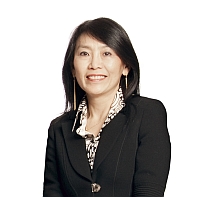 The Japanese economist is not one of those ruthless job-slashing executives that organisations bring in when they want to downsize to efficiency though. But, she is a determined, capable woman who believes that IFAD’s mission is to help create a world where the agency is no longer needed, by empowering rural people to haul themselves out of poverty.

Omura, who joins the Rome-based agency after being head of the World Bank’s Multilateral Investment Guarantee Agency, and some 20 years in the private sector as an investment banker before that, recognises that this is a massive challenge, with around three-quarters of the planet’s 1.02 billion hungry people living in rural areas.

She believes a key component to meeting it is to tap the enterprising spirit of women farmers in developing countries.

Q: Your previous job was as a senior executive at the World Bank, a body that many non-governmental organisations blame for exacerbating the poverty IFAD is trying to combat. Is this switch like changing sides from the baddies to the good guys? A: No. I did not leave the World Bank because it is a bad institution. I left because I thought I could do something different to add more value to development. I worked in political risk insurance, a very specific field within the World Bank group. I wanted to do something that is even more effective by getting involved in grants, loans and investments, reaching out to the poorest of the poor and helping them become effective private sector business people.

Q: How do you intend to do that? A: I’m here to support the president [Kanayo Nwanze] to ensure we become an even bigger contributor to assisting small-holder farmers worldwide, increasing projects and becoming more flexible in terms of satisfying our clients’ demands by becoming more of an IFI (international financial institution) than we are today. We are also going to keep supporting women and women small-holder farmers because we firmly believe, as do many development IFIs and agencies, that they are an important part of economic development in any part of the world.

Q: As an economist, do you think we should stop seeing helping small-holders, and the fight against hunger as a whole, as charity and start seeing it as an opportunity for people with money to invest in agriculture and, ultimately, make a profit? A: Yes. I absolutely think we should change the way we look at this. We at IFAD think small-holder farmers are the way to go because they are the bulk of the population in the poorest countries. If they cannot produce food those countries will not become self-sufficient. If we are successful, these farmers will be more successful private sectors and they won’t need people or institutions like IFAD any more. That is IFAD’s goal.

Q: To put itself out of business? A: Yes.

Q: Is empowering women in rural areas a big part of your new job? A: I’m not here specifically to empower women – that is the responsibility of all international organisations because it’s Millennium Development Goal Three. But I will absolutely help IFAD in that movement. I just happen to be a woman

Q: Do women have entrepreneurial qualities that make them better suited to transforming small farms into thriving operations? A: I’m sure there’d be a lot of men who would disagree. I’m open, but I’d say that if you look at women in small-holder farmer areas, they grow crops, they buy seed, they sell crops, they cook food, they raise children, they take responsibility of the money at home. So in effect the woman is acting like the CEO, CFO and COO of a household and that is the basis of the private sector. There is no way we should not take advantage of that in the more expansive role of running a business.

Q: There seems to be growing consensus about the importance of gender equality in the fight against poverty, but this message is still frequently delivered by men. Is part of the problem that the majority of policy-makers are still men? A: At the Bank I think close to two-thirds of top senior management are women. At the U.N. there are a lot of senior women. Even in the private sector there are, so I’m not sure I agree with that statement. But it is important to recognise that women are equally, if not more, important in development. Fifty percent of the population is women, at the very minimum. If you want a developed economy, you must involve that 50 percent.

Q: The challenges IFAD is trying to help the world meet are enormous. Ending hunger and rural poverty in a sustainable way while coping with the effects of climate change and increasing food production to meet the demands of a rising global population and at the same time achieving gender equality! Many would say the progress up to now has not been great. How do you rate our chances for the future? A: We have a lot of work to do in all the areas you mentioned. If we are to meet the Millennium Development Goals we really have to push much more. I think the recent (economic) crisis has woken us up a little, not just people working in development directly, but the general population. We cannot be complacent, we have to push forward. We have a long way to go. They all go in tandem, whether it is climate change, empowerment of women, food crises. You cannot solve one problem without affecting the others positively. We have to work on all fronts.