LA JOLLA, California, Nov 19 2010 (IPS) - “On Dec. 15, we will make the great leap ahead when we present our health programme, our hospital boat, to the country,” Caetano Scannavino announced in the name of a community project that has achieved one of its aims: to be included in the Brazilian government’s social policies. 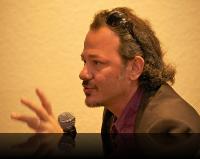 The Projeto Saude and Alegria (Health and Happiness Project), which emerged in the jungle along the Tapajós River near the city of Santarém in the northern state of Pará, has become a model for primary health and prevention in inaccessible riverbank communities in Brazil’s Amazon rainforest.

The project has a mobile hospital — a boat equipped to provide medical care — and helps train local community health agents.

Projeto Saude and Alegria is one of the 25 winners that were selected from 4,800 community projects presented between 2005 and 2009 in the Experiences in Social Innovation contest organised by the Economic Commission for Latin America and the Caribbean (ECLAC), with support from the U.S.-based W. K. Kellogg Foundation.

The contest, which identifies innovative social development initiatives in order to learn from them, has brought to light a broad range of projects, ranging from plans that provide assistance to remote communities in Brazil’s Amazon jungle, to programmes targeting young slum dwellers and novel local development efforts in the Andean highlands or Haiti, the poorest country in the hemisphere.

At this week’s International Seminar on Social innovations in Latin America and the Caribbean, in La Jolla, California, ECLAC presented the 25 most innovative, low-cost, participatory initiatives aimed at overcoming poverty and inequality in the region.

Through the contest, the people involved in the projects are able to showcase their cost-efficient, replicable results.

But while the projects celebrate when their initiatives take off, as a result of being incorporated into public policies, they question the lack of interest on the part of the authorities when they are ignored, participants in the Nov. 17-19 seminar at the Institute of the Americas in La Jolla, next to San Diego, told IPS.

There is a constant effort throughout the region to discover successful community-based initiatives, in order to transform them into institutional social policies, Francisco Tancredi of the W. K. Kellogg Foundation told IPS.

Scannavino’s description of the vicissitudes that his project has had to overcome in the Amazon jungle contrasted sharply with the surroundings during the interview: the modern facilities of the University of California San Diego.

The Projeto Saude and Alegria faced serious challenges when it first emerged in 1987, “because of political-electoral reasons,” Scannavino said.

“We suffered the neoliberal policies of the early 1990s under the government of Fernando Collor de Mello, which demolished social plans…and although we continued for a while, we finally had to stop,” said the former photo-journalist, who one day picked up and left his home city of Sao Paulo to follow in the footsteps of his brother, a medical doctor, in the Amazon jungle.

“But the seed had been planted, and the Amazon jungle communities little by little took over the initiative, which brought them a fundamental service that the state did not provide at the time,” he told IPS.

“With health monitors, a cholera epidemic was successfully fought in the Amazon in the 1990s, which was a test for us,” he added.

As a result of the social pressure from local communities, “we finally managed to take up the task again in 1994. But that frustration showed us that the way to do things was for the community to take over the project.”

By 2005, the number of communities the project worked with had grown from 30 to 150, “which allowed us to determine the most effective aspects of our health prevention efforts, which initially drew the interest of the municipal governments and now have become part of the national (health) system, based on a law passed on Aug. 3.”

The project currently serves a territory of 600,000 hectares in the Tapajós River basin, providing healthcare to 170 riverbank communities that are home to some 30,000 people of mixed-race and indigenous descent. Many of them live a nomadic lifestyle, subsisting on fishing, the cultivation of manioc and gathering fruits, nuts and other products from the rainforest — and for the first time, they are receiving medical care.

The project’s tasks expanded from primary healthcare, training of local health facilitators, the hospital-boat, an amphibious ambulance, and an education and communication programme including video-making, telecentres, community radio stations and newspapers, to water purification mechanisms and basic sanitation like community-built septic tanks.

Besides bringing healthcare and vaccination to remote, inaccessible communities, the project’s facilitators use traditional medicine and know-how.

“By 2005, our work had achieved a larger scale and we expanded our activities,” Scannavino said. “That was the year we won the ECLAC prize, which gave us a major boost, enabling us to equip our boat, and we started training local health agents in the communities themselves, which was taken up by the municipalities.”

When the federal law was passed, “we became part of Brazil’s Health Ministry, and the entire Amazon jungle and the Pantanal wetlands will now be covered, before the project is replicated in other regions distant from the large cities.”

In Scannavino’s view, “The government of Luiz Inácio Lula da Silva has managed to mix market-oriented policies with a strong social focus,” which has made it possible for initiatives like the Projeto Saude and Alegria to be incorporated in public policies.

But the “Support System for Juveniles in Legal Custody”, a local government programme in the eastern Argentine province of Buenos Aires, has had a harder time winning the attention of the central government.

“When we presented our successful experience to the national government, we met with indifference and ran up against short-term political interests,” according to Verónica Lucía Canale, who took part in the event in the Institute of the Americas, representing the programme in the office of the provincial prosecutor’s office.

“I have presented the project seven times, in order for it to be replicated in other parts of the country, but when I explain what it is, they never call me again,” she told IPS. “There are problems of red tape, and political fears of encroachment.”

The plan provides assistance to at-risk children and adolescents who were victims of abuse or have a criminal record, “to help them achieve social inclusion themselves.”

The idea is to avoid incarceration of juvenile offenders and prevent adolescents who leave protected legal custody from becoming repeat offenders.

“We work on educational and labour inclusion, and on the creation of social networks, which are fundamental because they will help sustain them the rest of their lives,” she said.

Canale said the programme offers a stipend making it possible for the youngsters to live independently until they find a job. It also assigns them a mentor to provide psychological, social and legal support.

The plan, which today is public policy at the provincial level, was created in 1989 after a study in the province’s prisons found that 75 percent of the inmates interviewed had gone through the juvenile justice system, whether because they were delinquents or victims of abuse.

The relationship with the state is always complex, the participants in the local social development initiatives agreed.

But the idea is to complement rather than replace the authorities in their obligations, the organisers of the contest stressed.