WASHINGTON, Jul 7 2011 (IPS) - As the world’s largest international agricultural research coalition celebrated its 40th anniversary here this week, it also announced the launch of a programme to help provide enough maize to meet the annual food demands of over 600 million consumers by 2030. 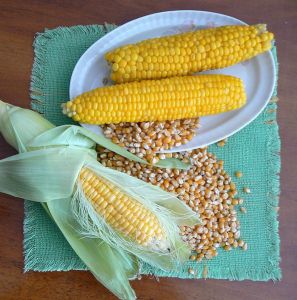 The Consultative Group on International Agricultural Research (CGIAR) said the new initiative will inject 170 million dollars into research for developing drought-resistant maize varieties and improving and disseminating already-developed strains that possess resistance to major diseases in Sub-Saharan Africa and Asia.

“It will take an enormous amount of work and cooperation between public and private sector institutions to meet the goals,” he added.

The world’s agricultural system is indeed facing difficult challenges. As the global population continues to increase – hitting an expected seven billion this year, according to the U.N. – adequate distribution of the world’s food supply has lagged, and prices are volatile.

Meanwhile, vital research and development programmes have been slashed, especially in poor countries where hunger pains are the sharpest and most pervasive.

In June 2009, U.S. President Barack Obama pledged 3.5 billion dollars as part of a 22-billion-dollar commitment by the Group of Eight (G8) to a new global hunger and food security initiative for some 22 billion dollars announced at their summit in L’Aquila, Italy.

But the tug of war between Congress and the administration regarding the depleted U.S. Treasury has so far made it impossible for Obama to honour his pledge, and his administration’s proposals to boost aid for agricultural research and developments have experienced the most drastic cuts.

As the world recovers from a global financial crisis, only a quarter of the commitments made at L’Aquila have been met today, Dr. Shenngen Fan, director general of the International Food Policy Research Institute, told IPS.

“Before the international community issues any new recommendations, they first need to make good on previous commitments,” he said.

Nearly a half-century after the Green Revolution – the first organised large-scale venture to develop new strains for staple crops grown in the Global South – investments in agricultural research and development are barely beginning to recover from lows reached in the early 2000s.

Nevertheless, the initial outpouring of financial support for the Green Revolution – which helped the food supply outpace the growth in the world’s population between 1970 and 1990 – progressively weakened in the years that followed, as wealthy countries shifted their priorities and aid away from agriculture.

The imbalance between supply and demand over much of the past decade has resulted in huge price jumps that, though tolerable in the West, have created a “toxic brew of real pain contributing to social unrest” around the world, noted Robert Zoellick, president of the World Bank, last month. The World Bank is one of the founders of the CGIAR and acts as trustee of the CGIAR Fund.

Anti-riot police turned to tear gas and dogs Thursday to disperse crowds of angry Kenyans protesting the increasingly unaffordable prices for maize flour – a staple source of food for the country’s 40 million people. They are among the estimated 12 million people in the Horn of Africa to have been hit by this year’s drought, which is the worst in 60 years.

“The aid effort faces enormous hurdles. There is not enough money to buy food in the quantities required, and the price of maize has risen by up to 40 percent since a year ago in [Africa],” according to Jane Cocking, Oxfam’s humanitarian director.

Still fighting to reverse the cutbacks, CGIAR – which unites donors with a consortium of some 15 global research centres worldwide – is tasked with improving crop yields in poor countries.

With the soaring price of maize on the wholesale market in Kenya exceeding the peaks reached during the 2007-2008 food crisis, CGIAR supporters say the timing seems ripe for the 170-million-dollar boost in funding for enhanced maize research announced by CGIAR Wednesday.

“This programme aims to double the productivity of maize farms, while also making those farms more resilient to climate change and reducing the amount of land used for growing the crop,” said Carlos Perez del Castillo, who chairs the CGIAR Consortium.

Ranking third after rice and wheat as a source of calories in the diets of developing country populations, maize is the preferred staple food source for nearly one billion people – mostly in Africa and South America – including one-third of the world’s malnourished children. It is also cheaper than either of the two most popular grains, rice and wheat.

Recent studies carried out by CIMMYT, which is based in El Batan, Mexico, estimate that demand for maize in the developing world is likely to double by 2050.

The programme will be implemented by CIMMYT and the Nigeria-based International Institute of Tropical Agriculture (IITA), together with a global alliance of over 350 public and private partners worldwide, including agricultural research institutes, universities, non- governmental organisations and farmer associations, and 11 national governments that will host offices dedicated to the programme.

Inger Anderson, vice president of sustainable development at the World Bank, said the programme’s first target group will be small- holder farmers who live in environments prone to drought and erratic weather conditions and have poor access to markets.

“Small-holder farmers are among the most vulnerable people in developing countries.” she said. “They should be among the first we seek to help.”

“Lacking access to decent tools, quality seeds, credit, and agricultural extension, and being highly susceptible to the vagaries of weather, [small-holder farmers] work hard but reap little,” Fan said. “When [they] have equal access to agricultural services, inputs, and technologies, including high-yielding seeds, affordable fertiliser, and irrigation, they have often proven to be at least as efficient as larger farms.”

“When it comes to achieving food security and reducing poverty, poor farmers in developing countries might be part of the challenge,” Fan added. “But they are definitely indispensable to the solution.”