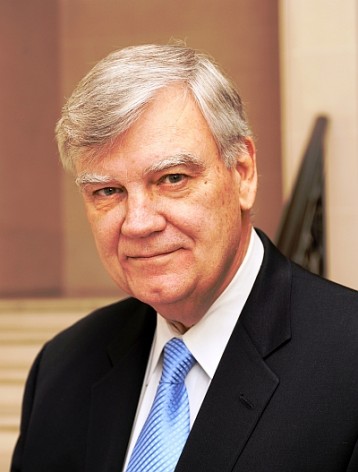 LONDON, Nov 22 2011 (IPS) - For a start, stop calling it “aid”, Brian Atwood, chair of the Development Assistance Committee at the OECD, tells IPS. 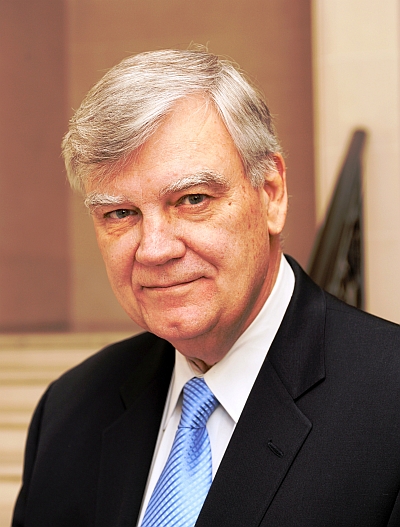 The aid effectiveness summit in Busan next week may move the dialogue further through the language of “development cooperation” instead, Atwood says. There could be a lot in a name here; it may signify the strengthening of a different way of partnering development.

Signs are that the Busan summit will take agreements on development cooperation forward substantially, Atwood says in an email interview. The Organisation for Economic Cooperation and Development (OECD), which is leading the fourth high-level forum on aid effectiveness taking place in Busan, South Korea, Nov. 29-Dec. 1, says that at a time of particular economic difficulties, agreements reached at Busan would be vital.

Following is the text of the interview:

Q: What is the best-case scenario that can realistically emerge at Busan? A: We will improve global cooperation and local coordination, reaffirm commitments made in Paris and Accra and rededicate the development community to achieving the MDGs. We will state that north-south and south-south cooperation are complementary and will commit to working together, including in triangular efforts.

Q: What might be the worst-case scenario, and what would be its implications? A: That Busan becomes a finger pointing exercise rather than an effort to overcome political obstacles to progress. Thus far, there is no indication of that.

Q: What does the Paris sherpas meet tell us? A: This represents a real negotiation over differences of interest and perspective, but it has been infected by a spirit of accommodation.

Q: Is language a problem: and so is the word ‘aid’ itself a problem, in that it suggests a giving that implies patronage and loss to the ‘donor’? A: We hope that Busan will eliminate words like “aid” and “donor” and “recipient.” However, the forum is called “aid effectiveness.” The word is used in the outcome text as a synonym for Overseas Development Assistance (ODA) at a time when developing partners are increasingly concerned that ODA levels might go down. So “aid” remains for now, but is hopefully to be replaced by “development cooperation.”

Q: The idea that aid is not a loss but is for the greater good, including one’s national own, is becoming a bit more current. Are there signs that governments are buying the argument? A: Never has the need for development been discussed at such high levels of government, including the G-20 and G-8. The attention being paid to Busan, versus Paris and Accra, is phenomenal. Attending will be the U.N. secretary-general, the U.S. secretary of state, 110 ministers, 30 foreign ministers and a half a dozen heads of state.

Q: Could such an idea be interpreted to take us back to the practice of heavily tied aid that some countries at least have been stepping away from? A: Around 80 percent of tied aid has been eliminated and I see no effort to turn the clock back on previous commitments. The last 20 percent is the most difficult because it involves popular programmes like food aid, scholarships, civil society organisations from donor countries and technical cooperation. However, I believe we will continue to make progress.

Q: Is there a distinction to be made between ‘evolved’ self-interest and narrow self-interest? Can politicians be persuaded to see that difference? A: We have a self-interest in bringing people out of poverty. That is a long-term endeavour and in that sense it is not ‘narrow,’ rather it requires an enlightened view. I believe that despite the economic pressures, we have acquired that view and I believe that Busan will demonstrate that.

Q: In the current economic squeeze, cutting aid might be more populist than sensible, and keeping up aid can potentially be unpopular. Are voters in Western Europe and North America showing any indication of resisting development aid? A: Some politicians are resisting and advocating budget cuts, but I believe they are in the minority. There is little to be gained in cutting these programmes which represent a small part of budgets, but much to be lost.

Q: If aid must be channelled in harmony with national priorities set by governments, where does civil society stand? Can we go back to old classic patterns of non-government organisations (NGOs) carrying out pockets of aided development? A: Civil society is a vital part of development and the development of a viable civil society is best carried out by NGOs with similar missions.

Q: It may take a book and more to really answer this, but broadly, in what ways has the Paris Declaration worked, and where and how has it not? A: Yes, a book. Please take a look at our evaluation and survey. It is the evidence that demonstrates that ownership, alignment and mutual accountability produce results.