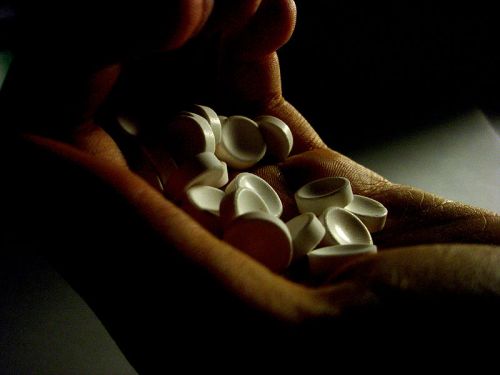 WASHINGTON, Dec 19 2011 (IPS) - The current U.S. system for protecting the subjects of federally-funded medical research, both in the U.S. and around the world, has room for significant improvements, a presidential bioethics panel concluded late last week.

Meanwhile, clinical trials watchdogs continue to call for stricter oversight of private pharmaceutical company research on populations in the developing world as the off-shoring of clinical trials globally continues to grow.

President Barack Obama tasked the Presidential Commission on Bioethics with reviewing U.S. regulations for protecting medical research subjects after revelations last year that U.S. government researchers in Guatemala in the 1940s deliberately infected prisoners, prostitutes, soldiers, and mental health patients, most of whom were never told what was being done to them, with syphilis, chancroid and gonorrhea.

Nearly 2,100 people were deliberately infected as part of the experiments, according to a report the Guatemalan government released earlier this month.

The U.S. government apologised for the experiments last year, and Obama asked the bioethics panel to investigate what happened in Guatemala and look into current frameworks for protecting human subjects of scientific research – especially federally-funded research – around the world today.

Commission chairperson Amy Gutmann said the panel concluded that protections for human subjects are “robust” and that “nothing like what happened in Guatemala could happen today” when it comes to federally-funded experiments. However, she said there was a need for more information about what research the government is supporting.

Of the 18 federal departments and agencies funding medical research in the U.S. and abroad, the panel found that few of them could easily provide basic information about the number of human subjects involved, levels of funding, or the geographic locations of studies.

While federal law requires that “interventional” experiments – trials of drugs or devices – be registered on a central database, ClinicalTrials.gov, the report points out that other observational, epidemiological, public health, and biomedical studies involving human subjects are not subject to the same requirement.

A central web-based portal where each agency or department could register all its studies involving human subjects should be created, the panel said, enhancing transparency and access to information about human subjects research for the public.

The U.S. government should also adopt a requirement that researchers or sponsors compensate people injured as a result of their participation in medical research, the panel said. A succession of federal commissions have recommended such a policy, but no such law has ever been adopted.

In the U.S., those injured in medical research rely on civil lawsuits or researcher-sponsored insurance, but lawsuits can take years to resolve, and not all trials insure participants against injury. Most other developed nations have laws that require researchers to compensate victims injured during medical research, the panel noted.

Annelies den Boer, senior health advocate with the Wemos Foundation, a clinical trials watchdog group based in the Netherlands, praised the U.S. commission for recommending a mandatory policy of compensation for injuries. However, she said the burden of proof still lies with test subjects in many places, a problem in communities with high levels of illiteracy and poverty.

“This is a problem particularly in low-income settings, when vulnerable trial subjects are involved,” Den Boer told IPS.

Wemos published a report last year highlighting the personal stories of human subjects of clinical trials around the world and the difficulties many research participants face when making injury claims.

Another problem, Den Boer said, is that many regulatory bodies, including the European Medical Association (EMA), rely heavily on ethical reviews where trials are taking place.

Among the U.S. commission’s recommendations is developing a process for evaluating foreign government’s requests to be recognised as having “equivalent protections” as long as they are “at least equivalent” to protections in the U.S.

But Den Boer said reviews are often inadequate in low and middle- income countries such as India where ethics committees are understaffed and may have conflicts of interest.

A report released by the World Health Organisation (WHO) this year detailed “concerns” over clinical trials in India and, according to WEMOS, doctors in India have earned up to 1,500 dollars per patient for enrolling subjects in clinical trials.

In October, IPS reported that British drug company AstraZeneca tested its drugs on victims of the Bhopal chemical disaster without their consent at a hospital in Bhopal, India that had been designated for the victims’ care.

British newspaper The Independent reported in November that French and U.S. pharmaceutical companies, including Pfizer and Quintiles, were also involved, and that they made pay-offs to the hospital to be able to test their drugs on patients without the patients’ informed consent.

Fourteen patients died during the trials, which were conducted between 2007 and 2010. Drugs and treatments resulting from those trials have since been approved for sale in Europe and the U.S., according to the Independent.

Addressing just such a scenario, the U.S. bioethics commission said last week that researchers should be aware of selecting research sites to ensure that experiments do not take advantage of vulnerable populations. The report also implores that its recommendations should also apply to private companies, not only federally-funded research.

European law states that drugs tested in violations of protections guidelines such as the Declaration of Helsinki should not be granted market authorisation in Europe. Den Boer said Wemos, with support of members of the European parliament, hopes to push the EMA to block unethically tested drugs from the European market.

The U.S. Food and Drug Administration (FDA) abandoned the Declaration of Helsinki in 2008.

Speaking to the bioethics commission in November, a representative of the biotechnology industry lobby group PhRMA defended private companies’ testing of drugs abroad, arguing that members of its organisation respect the human subjects enrolled in their trials.

Pfizer and AstraZeneca are members of PhRMA, according to a members list posted on its web site.

According to an article posted on the commission’s blog, the representative “pointed out that pharmaceutical companies make medicines that are used globally”.

“Is it ethical to test them only in the United States?” he asked.