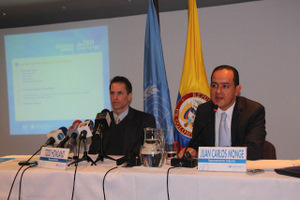 And the U.S. Congress ordered the State Department to review the use to which military aid to Colombia was put over the last decade. The aid totalled eight billion dollars and was channelled through the Plan Colombia military and counterinsurgency programme. (END)