PARIS, Mar 22 2012 (IPS) - “The murderer is gone, and now it’s us who will have to live with the consequences.” That’s how a Muslim shopkeeper summed up for IPS the death and legacy of the man suspected of murdering seven people in three separate attacks in France. 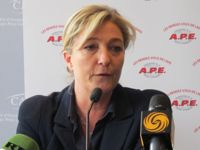 The 24-year-old suspect, Mohammed Merah, was killed by police in the south-western city Toulouse Thursday morning as he reportedly jumped out of his apartment window with weapons blazing. But his acts have put French Muslims under renewed scrutiny and at further risk of stigmatisation.

The leader of the far-right Front National party, Marine Le Pen, was among the first to slam “Islamic fundamentalism” and to claim that she had been right all along to warn of its dangers.

“I’ve been saying for 10 years now that the risk of Islamic fundamentalism is under-estimated in France,” she told members of the foreign press at a briefing in Paris Thursday, as she continued her campaign ahead of the two-round presidential elections in April and May.

“(Merah) has an absolutely caricaturist profile: a man arrested many times, against whom several complaints had been lodged, who had a radical religious comportment, and who had travelled to Afghanistan for training,” she added.

The authorities say that Merah, a Frenchman of Algerian origin, was the killer who gunned down a 30-year- old rabbi, his two young sons and an eight-year-old girl Monday morning as they gathered at the Ozar Hatorah school in Toulouse. He also seriously wounded a 17-year-old boy who has been hospitalised.

Earlier this month, the gunman shot dead three French soldiers in two separate incidents, and injured a fourth. The three murdered soldiers were of North African descent, and the wounded man was of Caribbean origin, according to French media reports.

The funerals of those killed were held Wednesday – in France for the soldiers, and in Israel for the Jewish victims. The ceremonies were attended respectively by French President Nicolas Sarkozy and Foreign Minister Alain Juppe, even as police lay siege to Merah’s apartment in what would become a 32-hour standoff.

Officials said that Merah claimed to be a member of the terror network al-Qaeda and that he had told police he acted to “avenge” the killing of Palestinian children by Israel.

After the school shootings, Sarkozy temporarily suspended his re-election campaign, but by Thursday he was echoing his challenger Le Pen when he said that France would take punitive measures against “Islamic indoctrination”. Le Pen had said that “war must be waged against religious fundamentalism.”

Le Pen told journalists that she was “not at all” fearful that her words would stigmatise the Muslim community. “We have launched a call for French Muslims to fight at our sides,” she said, adding that Muslims themselves were often the “first victims” of radicalism.

“They are the victims of those who threaten women and girls because they’re not veiled,” she said.

The French media had initially speculated that the killings might have been linked to neo-Nazi groups. Le Pen said such speculation had been a ruse to tarnish her party, the Front National.

“I was not however comforted by the fact that it wasn’t the work of neo-Nazis because I have nothing to do with neo-Nazi tendencies, neither from near or far,” she said.

Le Pen has rejected the labelling of her party as “far-right”, describing herself instead as a “patriotic candidate”. But she has been responsible for making Muslim dietary practices an issue in the campaign by claiming that millions of French people have been consuming halal meat without being aware of it.

The ritual slaughter of animals, for halal and kosher meat production, thus became another divisive topic in France, following a law enacted last year to ban the burqa and other full-face Muslim veils.

Some believe that the halal debate was a means to get votes by targeting the country’s estimated five million Muslims, and leaders of several religious groups here have joined forces to denounce this apparent policy.

A statement last week by the Conference of Heads of Worship in France (CRCF), which comprises representatives of the Christian, Muslim, Jewish and Buddhist faiths, protested against the “instrumentalisation” of religion in democratic debate.

The group said that while it would not review “the troubling and stigmatising polemics” regarding religious dietary practices, it wanted the campaign to address the challenges facing the country such as education, employment, poverty and national unity.

Following Monday’s shooting at the school, the Council of Christian Churches in France (CECEF) said it “shared the pain of the Jewish community” and hoped that the incidents of “extreme violence would not shatter harmony” between the various communities in France.

“We must keep harmony and accord firmly rooted in the values of respect and fraternity, which are the foundations of French society,” the group said in a statement signed by the respective leaders of the Protestant Federation of France, the Roman Catholic Bishops’ Conference and the Assembly of the Orthodox Bishops of France.

Nadjia Bouzeghrane, the Paris bureau chief for Algerian daily El Watan, told IPS that France “had a problem” with Islam because of the French colonialist past.

“Most Muslims are peaceful, they practise their religion in a pacifist way,” she said. “The violence doesn’t reflect what they believe. Along with all the soul-searching, France also needs to look at its policies of integration.”

A Parisian grocer of Moroccan origin, who gave his name as Mohammed, told IPS that many Muslims already felt ill at ease in France and that the killings would exacerbate those feelings.

Sarkozy, meanwhile, has been meeting with Jewish and Muslim groups who have been calling for unity. Dalil Boubakeur, rector of the Grand Mosque of Paris, condemned the murders and said that Muslims felt “stupefaction and revulsion” and were “saddened and worried” by the actions of “criminals”.

“There shouldn’t be a blending of these killings and Islam,” he said.

The Chief Rabbi of France, Gilles Berheim, said the “monster” who committed the crimes wanted the Jewish and Muslim communities to be at war, and he urged politicians not to try to capitalise on the incidents.

For her part, Le Pen said it was up to French Muslims to reject Islam fundamentalism and show that they support the values of their country.