Brazil is a Model for the Rights of Forest Communities

RIO DE JANEIRO, Apr 10 2012 (IPS) - Brazil is one of the most advanced countries in the world when it comes to legally guaranteeing the rights of forest communities and reducing deforestation, says economist Jeffrey Hatcher in this interview. 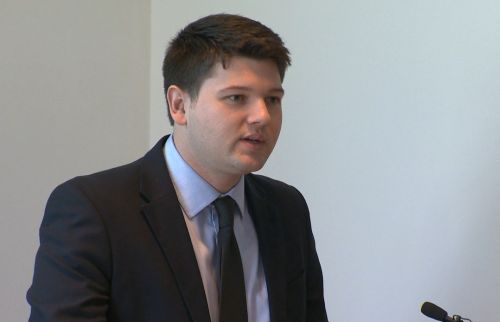 In 2002, 85 percent of the planet’s forests were owned by governments. By 2008, that share had fallen to 70 percent, according to the Rights and Resources Initiative (RRI), a Washington, D.C.-based coalition of 14 groups that works with 120 organisations in 16 countries around the world to promote reforms in laws and policies related to how forests are owned and managed.

One of the initiative’s goals is to advance the rights of poor communities who live in the forests, and in this regard, Brazil’s progress in community and indigenous rights is noteworthy, said Hatcher, the director of global programs at RRI.

The RRI periodically reviews the status of forest rights in the world and publishes a major report every five to six years to assess the changes that have taken place, explained Hatcher, 31, in an interview in Rio de Janeiro. In his opinion, Brazil has shown considerable leadership and put great effort into rationalising how forests are managed.

Q: What results have been observed in the evolution of forest ownership in recent decades? A: Since 1992 there’s been a very significant move legislatively to provide greater rights to communities and households that live in forests, not only indigenous people, but other communities who live there as well.

In Africa today, legally almost all the forests are the property of the state, but since 1992 they have created special legal regimes that could provide rights to communities that live there. There are a lot of people who live in the forest but they have no rights to stay there. They lived there before the state was created.

Brazil is probably the most advanced, besides some countries like China or Sweden. In Brazil there has been a major innovation in the Constitution of 1988 and since then, the creation of indigenous territories on a large scale. There are not many places in the world that have such large areas of forest under indigenous ownership.

Q: What is the role of indigenous peoples in the conservation of forests? A: There has been a lot of research done over the past 10 to 15 years trying to understand that question. What the research has shown pretty conclusively is that where communities that live in the forest have legal rights and they feel protected, they do a very good job at maintaining the forest, (as well as) biodiversity, animals and carbon.

Most of the deforestation in the world occurs in Brazil, the DRC and Indonesia. But over the past few years, deforestation has gone down dramatically in Brazil.

Indonesia produces 20 percent of the world’s deforestation-related carbon emissions. And in both Indonesia and the DRC, communities that live in the forest have no rights, no legal way to secure their land.

Q: Is it possible for indigenous peoples to remain in the forests to protect them, even though their numbers are very small relative to the territories they occupy? A: That is very possible. There are a lot of arguments saying that indigenous people are claiming too much forest, but because they live there, they are very good at managing it. There is a study that came out recently showing that if you take a protected area managed by the government and if you compare it to protected areas managed by the indigenous communities, there was an eight times greater chance of fire in the protected area managed by the government, because in that area there are no people.

And on the other side, (communities) are dispersed on indigenous territory, and they have the ability to keep other people out, which is very effective in terms of preserving the forest.

One of the things in Brazil that it is complicated, in the Amazon in particular, is that there are a lot of overlapping claims to the land, irregular titles, titles obtained illegally. In areas where there is a lot of unclarity, people can take advantage of it. And that is the same situation in a lot of places.

Q: The delineation and homologation of indigenous lands in Brazil could take decades. A: The actual effort that goes into delineating a territory could be done in a shorter amount of time, but the reason it takes a long time is because it is a political question of who controls the resources.

The process of delineating indigenous properties involves a lot of negotiation in settling the boundaries, because every day that goes by, that land is more valuable. So it is a question that needs support at higher political levels, but it also needs the demand from indigenous communities for that land.

Q: The Brazilian Congress is about to vote on reforms to the Forest Code, which are opposed by environmentalists because they would grant an amnesty to agricultural and livestock producers who have illegally cleared forests and relax controls on deforestation. How do you see this from abroad? A: I understand the desire to develop, but this model of development which is very extensive, using a lot of land, doesn’t seem to be the most rational way to develop the agriculture sector. It might be relevant for the agriculture sector, but probably not for the whole country.

Q: What can you tell us about the publication that RRI plans to launch at the end of May, before Rio+20 (the United Nations Conference on Sustainable Development)? A: It will be a global overview that analyses forest ownership and how it has changed in 50 countries since 1992. And there will be a component in which we will look at specific cases showing the effect that tenure rights have on poverty and on deforestation.

We are using satellite images and property rights records to see what the change has been in areas where people gain legal title.

In Brazil, we will look at the diversity of the laws and regulations that are available and how they have been implemented. We want to show the rest of the world what Brazil has done and what it is possible in terms of protecting rights, but also show that there is a threat that exists because of the (new) Forest Code.

Q: What are your expectations for Rio+20? A: In general it provides an opportunity to raise this type of issue, the forest rights issue, which is one of the few success stories since Rio 92 (the United Nations Conference on Environment and Development, also known as the Earth Summit, held in the same city in 1992).

I would like to see a big commitment to a green economy. There are billions of people around the world that live every single day based on natural resources they have on their land. If there is a general political commitment to empowering them to take decisions and use resources legally, for me that will be a successful outcome.