UNITED NATIONS, Apr 16 2012 (IPS) - The Rio Declaration on Environment and Development, unanimously adopted by 178 governments at the June 1992 Earth Summit in Brazil, specifically recognised that “women have a vital role in environmental management and development.” 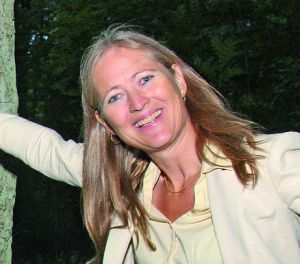 And Principle 20 of the Declaration was emphatic that sustainable development can be achieved only with the “full participation” of women.

At the same time, chapter 24 of Agenda 21, the action plan for a sustainable future, contained 11 different commitments with specific recommendations to strengthen the role of women in sustainable development and the elimination of all obstacles to their equal and beneficial participation, particularly in decision-making.

But 20 years later, there is an attempt to renege on these commitments at the upcoming Rio+20 summit in Brazil in June, says a coalition of women’s groups.

Asked what gender equality principles have been deleted so far from the Rio+20 draft outcome document, Sascha Gabizon, executive director of WECF/WICF, said the Vatican, represented by the Holy See, proposes to delete gender equality and also all references to sexual and reproductive rights.

In an interview with IPS, Gabizon said, “It is of course very strange the Holy See can make these types of proposals, because they are not a country.

“And women, as 50 percent of the world’s population, should have at least as much a right to propose text proposals (which they are not permitted to do).”

She pointed out the United States has also proposed deletion of references to equity.

And specific references to human rights, such as the right to water and sanitation, which the U.N. General Assembly has already adopted in a 2010 resolution, are proposed for deletion by several countries and groups including the European Union (EU) and Canada.

She said the United States also supports deletion of human rights language, while the 132-member Group of 77 (G77) developing countries has proposed deletion of a reference to women’s right to land tenure.

Q: Since negotiations on the outcome document are to be resumed next week, will these deletions survive? A: The governments have so far taken positions indicating which gender equality language they want to delete or want to see strengthened. So thus far, proposals for deletions are made, but what will be deleted in the end depends on the coming weeks of negotiations.

In this process, there is no voting, and it is not the majority which gets its way, because the declaration has to be a consensus document. This means that sometimes, one issue is sacrificed for another.

Often, women’s rights and gender equality language, have been kicked around like a football in previous negotiations, and ended up being sacrificed. We do not know yet if the final outcome document for Rio+20 will have sacrificed gender equality principles.

Meanwhile, references to existing commitments from the 1995 Beijing Platform for Action and the 1994 International Conference on Population and Development (ICPD) Programme of Action are also not yet firmly agreed on, and have been proposed to be deleted by several countries, including the G77.

After the first reading of the draft, the women’s major group remains very concerned as numerous references to human rights and women’s rights have been deleted or bracketed (meaning an absence of agreement among member states).

For the women’s major group it is evident that gender equality and human rights are a basic requirement for sustainable development.

If we cannot assure these, then any green economic development will continue to cause human rights abuses and increase poverty and inequalities. Women, who continue to be the poorest of the poor, will be most negatively affected.

A general trend seems to be that human rights are under attack. And specific rights, such as sexual and reproductive health rights (SRHR), are also being proposed for deletion, which is unacceptable. We know that each year more than 250,000 women die because they do not have access to SRHR. These deaths are entirely avoidable.

At the same time, the EU and numerous countries including Lichtenstein, Norway and Iceland have proposed good language on gender equality and women’s empowerment and rights, including the right to sexual and reproductive health and rights.

The women’s major group sees the need to go beyond the reaffirmation of previously agreed language on gender equality, to concrete targets for action.

One proposal is to set a target of 40 percent women in decision- making positions, with the ultimate aim of reaching parity. This is one of the few quantitative proposals in the entire draft declaration.

We find it very important that such targets are retained. It is a pity that the United States is the only country opposing this proposal, whereas on the other hand they say they want to strongly support gender equality.

The women’s major group is bringing this to the attention of U.S. Secretary of State Hillary Clinton, asking the U.S. to drop its plans for deletion.

Q: Would this be a regression of some of the existing gender rights which have been achieved after long drawn out battles? GABIZON: If the proposed deletions on gender equality and women’s right to land tenure, and parity in decision-making, would indeed be deleted in the final Rio+20 declaration, then yes, we are witnessing a regression.

At Rio+20, civil society has to tell governments that we should not accept any going back on previous commitments to human rights, women’s rights and gender equality.

If we go back on agreed rights for women, we are not only being immoral, but we will also contributing to increased mortality and morbidity of women and children, and finally, we will negatively impact the development, including the economic development, of countries.

World Bank reports and other studies show that the more equal a country, the better for its economic development.