An Argentine Perspective on Degrowth 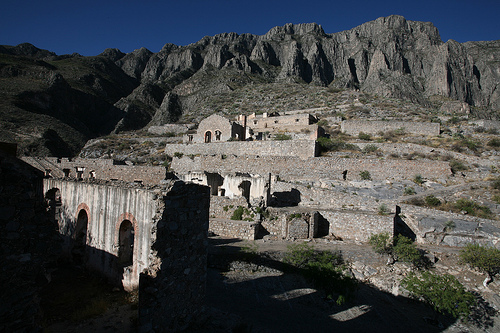 BUENOS AIRES, May 10 2012 (IPS) - The controversial concept of degrowth receives little press coverage in a region like Latin America. But the idea of a way of life that is not aimed exclusively at GDP growth does have its proponents in Argentina.

As in other countries of the region, the Argentine perspective on degrowth differs somewhat from that of academics and civil society organisations in the industrialised world, according to sources consulted by Tierramérica.

The threat of a systemic global crisis with various dimensions – environmental, economic, energy-related – will be on the discussion table at the United Nations Conference on Sustainable Development (Rio+20), taking place Jun. 20-22 in the Brazilian city of Rio de Janeiro.

For advocates of degrowth, it has become clear that sustainable development will not succeed in averting environmental collapse or enhancing social justice, the goals set forth 20 years ago at the 1992 Earth Summit, also held in Rio.

Degrowth in the Americas, an international conference taking place in Montreal, Canada on May 13-19, seeks to challenge and move beyond the sustainable development agenda, drawing on previous degrowth conferences in Paris and Barcelona in 2008 and 2010, respectively.

One of the best-known proponents of degrowth, French philosopher and economist Serge Latouche, says that the movement is aimed primarily at promoting a shift away from the pursuit of “growth for growth’s sake”. It would actually be better to speak of “agrowth” instead of degrowth, just as one speaks of atheism, he believes.

Degrowth supporters call for a controlled and rational decrease in consumption and production, in a way that respects the climate, ecosystems and human beings themselves.

Nevertheless, Latouche stresses that degrowth is not a concrete alternative, but rather a matrix of multiple alternatives. Obviously, any concrete proposal or counterproposal is both necessary and problematic, he adds.

In Argentina, “degrowth is not covered by the media, nor does it form part of academic courses in political economy. But it exists, especially now, on the threshold of the Rio+20 conference,” social scientist Julio Gambina told Tierramérica.

In Latin America, “where economic growth was deified in the 1990s, degrowth gets bad press,” added Gambina, a professor of political economy at the National University of Rosario and president of the Social and Policy Research Foundation of Argentina. In his opinion, “it would be better discuss how growth is achieved.”

A number of Latin American countries, he noted, have achieved economic growth on the basis of “an extractivist model of production,” which increases GDP at the cost of the intensive use of natural resources that are gradually being exhausted.

Examples include large-scaling mining, which involves the use of cyanide and causes major environmental impacts, or the expansion of monoculture plantations of soybeans for export, at the expense of diversified rural production.

Gambina pointed to the case of Brazil, where organisations affiliated to the international network Via Campesina challenge this model and call for greater support for peasant agriculture and the productive practices of indigenous and traditional communities, which are less destructive to natural resources. But these groups “have no visibility,” he said.

In the countries of Latin America, there is generally little resistance to the pursuit of growth. “Degrowth is primarily associated with economies that are in crisis, like those of Europe,” he explained.

Statistician María Elena Saludas, national coordinator of ATTAC (the Association for the Taxation of Financial Transactions and Aid to Citizens), commented that “the debate over the impossibility of continuing to pursue limitless economic growth in the framework of a finite planet dates back to the 1960s.”

The conception of sustainable development that began to be heavily promoted at the 1992 Earth Summit does not question the global power structure or the capitalist system, whose leitmotiv is profit, said Saludas.

The same can be said of the so-called “green economy” now being energetically promoted by the United Nations, which is organising Rio+20.

“What we should be discussing,” she said, “is the fact that this economic model cannot be sustained.”

Saludas is critical of the expansion of monoculture production and the heavy dependence of Latin American economies on the export of raw materials. She also warns of the limits of the expansion of the automotive industry, in countries like Argentina and Brazil. “A car for everyone is not sustainable. We need to work towards more efficient and collective transportation,” she said.

In her opinion, the current GDP growth in Latin America is generating “extreme inequality” between rich and poor. Those at the so-called bottom of the pyramid “are barely surviving.” As such, “we cannot tell them that they should be opposed to growth.”

She prefers to highlight experiences like that of Bolivia, where a movement of indigenous peoples advocates the pursuit of “buen vivir” or “living well”, in harmony with nature and not at the cost of natural resources or other members of society.

Saludas said she is enthusiastic about the theory of degrowth, although “not as a proposal for individual changes in behavior, but rather for each community to find a way of experiencing this way of life.”

For his part, Gambina has qualms about a debate which, at least in the way it is currently formulated, is unlikely to gain new supporters.

“Whether the discussion of degrowth will achieve a greater impact remains to be seen. There are groups pushing for a different kind of development, which challenge the prevailing model of production, but they don’t have a favorable cultural environment,” he said.

The pursuit of growth persists as the consensus ideology in the region, which is why the degrowth debate has not gained widespread support, Gambina stressed. He believes the emphasis should not be on “degrowing” but rather on “growing in a different way.” “We need to support family farming, local production and distribution,” as well as challenging the currently prevailing means of measuring development through GDP, he said.

“GDP only counts what is created, and doesn’t subtract what is destroyed,” he explained. “Perhaps there are cases where GDP is lower, as in Cuba or Venezuela, but quality of life or the distribution of wealth improves. Social well-being is not necessarily tied to economic growth,” he said.