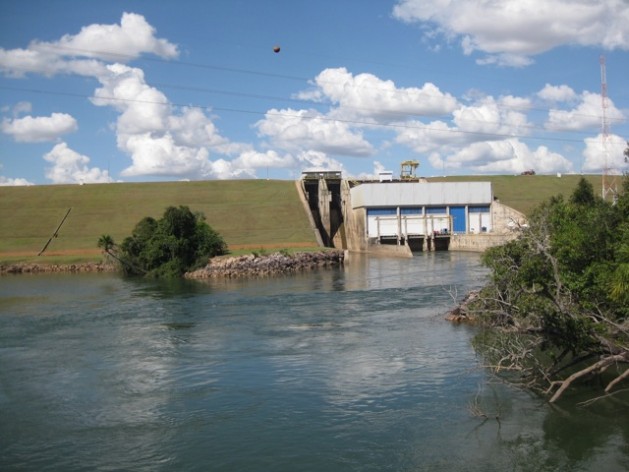 SÃO PAULO, May 18 2012 (IPS) - Energy integration in South America will be a reality “in the medium to long term,” driven by hydropower and drawing on Brazil’s experience, predicts Altino Ventura Filho, secretary of planning in this country’s Ministry of Mines and Energy.

Promoting the development of an integrated regional energy system, which will be “an example for the world,” is a policy focus in Brazil, Ventura Filho said at the second Latin American hydropower summit, organised May 9-10 in the southern city of São Paulo by Business News Americas, an online business information service based in Santiago, Chile.

The process has already begun among the Mercosur (Southern Common Market) countries – Argentina, Brazil, Paraguay and Uruguay – with binational projects and interconnections that “avert conflicts,” promote energy security, and bring down costs because they more than compensate for investment in power lines and plants, Ventura Filho said.

And integration with Argentina will be given an enormous boost with the construction of two binational hydroelectric plants, Garabí and Panambí, on the Uruguay River, which forms part of the border between Brazil and Argentina and between Argentina and Uruguay. The plants will have a combined capacity of 2,200 MW by the end of the decade.

That will reduce the vulnerability of Uruguay’s energy supply, which depends on hydropower generated by just two rivers, meaning it is hit hard when rainfall is scarce, and the country must increase oil imports, Casaravilla pointed out.

“In winter, we need energy from Brazil, and in spring we have energy to offer,” Casaravilla explained. He forecast a major reduction in the cost of meeting the electricity needs of the country of just 3.3 million people wedged between Brazil and Argentina.

South America, “the only energy self-sufficient region” thanks to the abundance of rivers, oil, natural gas, wind and sun, can optimise its resources by promoting integration in electricity systems between two groups of countries, said Sinval Zaidan Gama, head of operations abroad in Brazil’s state-owned power company Eletrobras.

The northern group comprises Guyana, French Guiana and Suriname, small territories on the north coast of South America. The idea is to interconnect them and integrate them with the rest of the region, while developing their enormous hydropower potential, Gama said. Because they consume little energy, they would generate a large surplus to export to their neighbours.

The southern group would have far greater weight in the move towards regional integration, because it would include large Mercosur and Andean nations rich in water resources.

Harnessing the rivers in Peru, for example, would supply that country’s less-developed, energy-poor south, as well as arid northern Chile.

It would be “positive for both countries,” and would also help “clean up Chile’s energy matrix,” especially in the north, which currently depends mainly on fossil fuels, Gama said.

Chile, meanwhile, could export hydropower from its southern rivers to Argentina. Transmission of the energy would be cheaper and more efficient, because the power lines would stretch just 200 kilometres on average, compared to the thousands of kilometres of lines needed to reach the country’s large cities, the Eletrobras executive said.

In fact, Chile would benefit greatly from these interconnections because its hydroelectric potential is concentrated in the south of the country, while demand is highest in the centre – around the capital, Santiago, about 2,000 km to the north – and the even more distant copper-rich north, Gabriel Olguín, assistant manager of research in new technologies in Transelec, a private Chilean electricity transmission company, told IPS.

Transmission is the big problem in Chile, he said, because the unusual long, narrow shape of the country drives up the costs.

Among the Mercosur countries, integration is more advanced, with energy exchange agreements and binational hydroelectric dams like Itaipú, which Brazil shares with Paraguay; Yacyretá between Argentina and Paraguay; and Salto Grande, the first one built by two South American partners, Argentina and Uruguay, in the 1970s.

“Building a hydroelectric dam in one single country is already a complex undertaking” which becomes even more difficult if an agreement between two countries is required, due to the need to respect national regulations and autonomies, said Gama. But he added that it is a “natural and intelligent” way to maximise sustainable use of resources.

The company was weakened during the wave of privatisation in the 1990s, but the government has strengthened it in the last few years, so that it can operate abroad, among other objectives.

Eletrobras has 42 projects in the pipeline in 16 countries, but “many are in the embryonic stage” and just 30 to 40 percent will actually pan out, Gama admitted.

Brazil has developed an integrated national grid connecting the power generators and distributors across the country, with the exception of a few isolated areas, like the Amazon jungle in the north, which is partly supplied by Venezuela. That makes it possible to save 20 percent in power generation, said Ventura Filho.

Those benefits will be extended throughout South America, where it is only natural to meet 65 to 70 percent of electricity demand by means of water resources, the Ministry of Mines and Energy official said.

Hydroelectricity has an advantage that is not frequently mentioned, he noted: investment is recovered during the period that the concession for the dam lasts, which is 30 years in the case of Brazil.

Then in the many remaining years of the dam’s useful life, operating and maintenance costs are very low, which keeps down energy costs for society for decades. There are dams that have already been operating for over a century, he pointed out.

But binational projects do not necessarily benefit both partners equally. Itaipú, the biggest hydropower dam in the region, has made Paraguay a country rich in hydroelectricity – which, however, hardly benefits the domestic market.

Even today, 28 years after the enormous hydropower complex came on-stream, it provides only 14 percent of Paraguay’s energy needs, said Carlos Colombo, head of the committee managing the power lines that are being built to transmit electricity from Itaipú to Greater Asunción along a 350-km power line to be completed in 2013.

The power line, which will cost 555 million dollars, financed by a Mercosur fund and by the Itaipú power plant, will mark the start of “a new era” in Paraguay, he said, because it will help fuel the country’s industrialisation, will improve the quality of life of the local population, and will further bolster economic expansion, from the already high 15 percent GDP growth in 2010.

The power line was not built earlier because “there was no state policy on this,” Colombo told IPS. That has kept the landlocked country of 6.5 million from taking better advantage of its part of the power generated by the dam – half of Itaipú’s 14,000 MW capacity – to boost development. Instead, most of its share has been exported at a low price to Brazil. (END)