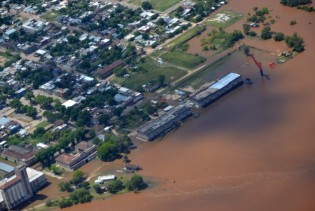 By Pablo Piacentini
Cuauhtémoc Cárdenas, known as the ‘moral leader’ of the Mexican left, said that his country and Central America “focus very much on the North” and should make a shift towards South America and its integration processes, in order to achieve less-dependent, alternative development conditions.

By Mario Osava
The Mercosur and Pacific Alliance blocs can strengthen Latin American integration rather than weaken it, analysts say.

Bolivia Takes the Leap into the Big Pond of Mercosur*

By Mario Osava
To go down fighting in the Andean Community (CAN), with a combined market of 92 million consumers, or move up to the big leagues of Mercosur, with 275 million? This was the dilemma faced by Bolivia’s foreign trade strategists when it came to pursuing full membership in the bloc formed by its neighbours to the south.

By Mario Osava
Energy integration in South America will be a reality "in the medium to long term," driven by hydropower and drawing on Brazil’s experience, predicts Altino Ventura Filho, secretary of planning in this country’s Ministry of Mines and Energy.