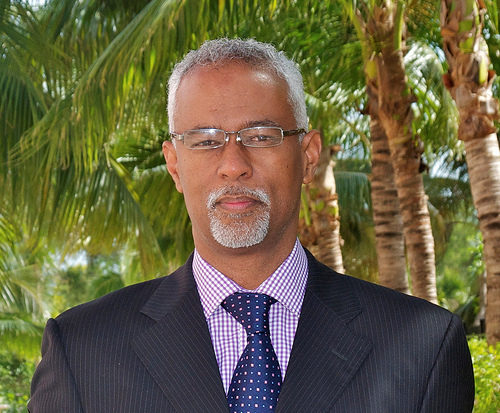 BASSETERRE, St. Kitts, Jul 19 2012 (IPS) - Thirty years into the HIV and AIDS epidemic, Caribbean countries are slowly putting necessary legislation in place to ensure the rights of workers despite their HIV/AIDS and chronic disease status.

In June, Cabinet approved the St. Kitts and Nevis Workplace Policy on HIV and AIDS and Other Chronic Diseases, while neighbouring Anguilla is fine-tuning a policy on HIV/AIDS and other life-threatening illnesses in the workplace.

“Cabinet also approved the establishment of a cross-sectoral committee to be charged with the implementation of the St. Kitts and Nevis Workplace Policy on HIV and AIDS and Other Chronic Diseases,” said Minister of Information Nigel Carty.

He explained that the policy deals explicitly with recognising HIV/AIDS and other chronic diseases as a workplace issue; reducing stigma and discrimination taking into account the gender dimension; protection against victimisation; ensuring a healthy workplace with reasonable accommodation for workers; non-screening for employment purposes; confidentiality and prevention, counseling and support.

“When I heard that St. Kitts had taken this step, I secretly wished that I was living there,” said Lane Scout, a 30-year old Antiguan professional living with HIV. He requested a pseudonym for fear of being stigmatised.

“I live in fear each day that I could lose my job if it becomes known that I am HIV-positive. As far as I know, there is no policy either at the country level or at the place where I work to protect people who have HIV,” Scout told IPS.

In Anguilla, the authorities said they are fine-tuning a policy on HIV/AIDS and other life-threatening illnesses in the workplace.

The document is also expected to cover such life-threatening illnesses as cancer, heart disease, hypertension, diabetes, multiple sclerosis, emphysema and lupus and set down minimum standards of conduct for government and business employers, unions and workers groups.

Director of the National AIDS Programme, Maeza Demis Adams, said the document is intended to be used to develop workplace policies in the private and public sectors throughout the British Overseas Territory.

She said the draft policy would be taken to Parliament for approval following a day-long stakeholders meeting on Jul. 25.

Health officials are hoping the document will promote dialogue, consensus and best practices in the workplace.

“The policy reflects the diverse needs that are present in our workplace,” said Health and Social Development Minister Edison Baird.

It sets out an employee’s rights and the employer’s responsibilities towards the employee who is living with HIV/AIDS or other life-threatening illnesses.

“The policy must be all encompassing and is to be adopted as the minimum standard that must be implemented by all employers, trade unions and employee representatives and the government of Anguilla,” Baird said.

“The government of Anguilla stands firmly behind its commitment to ensuring all members of the workforce are treated with fairness and dignity.”

Health officials said that the policy will be reviewed every three years. It is to be revised as conditions change, or given the findings of surveys and assessments, and suggestions from the joint HIV/AIDS programmes and the government’s workplace policing agency, the Labour Department.

The policy was developed following national consultations and with the support of the ILO and the Pan-American Health Organization (PAHO).

Meanwhile, a recent study of stigma and discrimination among health facility and social services staff in Jamaica revealed that there is widespread stigma towards most at-risk persons (MARPs) including persons living with HIV (PLHIV), men who have sex with men (MSM) and sex workers (SW), within the health services there.

The study noted that “fear of casual contact or desire to avoid contact with PLHIV and MARPs occurred in both clinical and nonclinical settings. Measures of shame, blame and judgment, particularly as they related to views on immortality toward PLHIV and MARPs appeared to be the norm. While with less frequency, enacted stigma also was reported. MARPs experienced layered stigma, which threatens their quality of care and services thereby increasing their vulnerability.”

From Jul. 22 to 27, more than 20,000 activists and researchers from across the globe will assemble in Washington for AIDS 2012, the world’s biggest conference on the topic.

A Caribbean delegation of more than 300 is expected to participate. They include representatives from civil society, government and development agencies working on the region’s epidemic. The Caribbean ranks second only to Sub-Saharam African in terms of prevalence.

Director of the Joint United Nations Programme on HIV and AIDS (UNAIDS) Caribbean Regional Support Team, Dr. Ernest Massiah, said most OECS countries are close to reaching elimination targets and “it shows that the Caribbean region can achieve results in the HIV response”.

The region’s adult HIV prevalence is one percent. Guyana, Trinidad and Tobago and Jamaica are all among the 10 countries with the world’s highest rates of HIV among MSM. HIV prevalence for female sex workers ranges from 4.8 percent in the Dominican Republic to 24 percent in Suriname.

“We have made progress, but we have a challenge still with equality that makes it difficult for MSM, transgender persons and sex workers to get treated,” said Massiah, noting that the burning question for the Caribbean at AIDS 2012 is whether governments will respond to the reality of their epidemics.