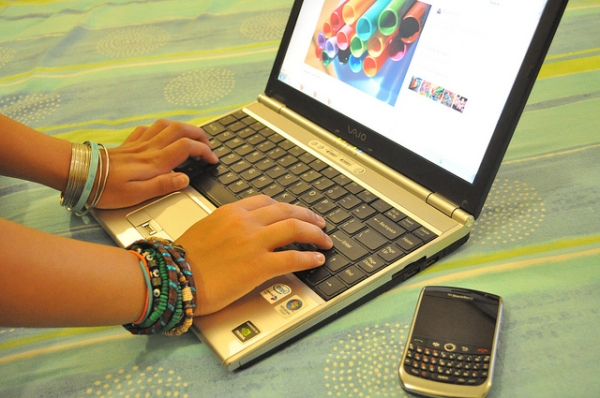 These activists will pressure president-elect Enrique Peña, who is scheduled to take office on Dec. 1, and the new senate due to be inaugurated on Sep. 1, to reject ratification of the treaty, which, they say, has provisions that threaten user privacy, freedom of expression, and universal internet access.

On Wednesday, Jul. 11, the outgoing conservative government of Felipe Calderón announced unexpectedly that the Mexican Institute of Industrial Property had signed the ACTA.

Negotiations for the treaty began in 2006 and signatories so far include Australia, Canada, the European Union, Japan, Morocco, New Zealand, Singapore, South Korea, Switzerland and the United States.

“We’re going to demand that the senate vote against ratifying (ACTA) as it is an attempt to control the internet,” Irene Levy, president of Mexican Telecommunications Observatory, a non-governmental organisation (NGO), told IPS.

“And we’re also going to insist that the input of artistes and authors be heard in  drafting a national initiative to reform intellectual property laws to protect their legitimate rights,” she added.

ACTA has also met with strong resistance outside Mexico. On Jul. 4, the European Parliament rejected it on the grounds that it violated fundamental rights. An overwhelming 478 legislators rejected it while 39 were in favour, and 165 abstained.

The treaty seeks to establish an international legal framework for targeting counterfeit goods, generic drugs and copyright infringement online. If it comes into force it would create a new intergovernmental body parallel to the World Trade Organisation, the World Intellectual Property Organisation and the United Nations.

The treaty includes surveillance measures to control the movement of information across borders, and imposes obligations on internet service providers to filter and censor data shared over the internet.

“We need to resume the debate on this issue, focusing on an agenda that includes all the stakeholders involved, to create a legal framework that protects everyone and not just the industries that hold a cultural monopoly,” Antonio Martínez, head of communications of the Mexican chapter of Artículo 19, an NGO that promotes freedom of expression, told IPS.

The Mexican government ignored the input from the discussions of the Plural Working Group for Monitoring ACTA Negotiations, which engaged senators, business representatives, academics and civil society organisations.

Mexico’s senate had already rejected the treaty in June 2011 because it violated national laws and contravened regulations in force. It could also affect internet access, thus widening the digital divide, and be used to censure online content.

Earlier, in November 2010, the Federal Telecommunications Commission had warned that ACTA could hold back internet growth, threaten user privacy and slow down progress on the digital agenda.

By now signing on ACTA, Calderón is forcing the newly-elected executive and legislative branches to resume debate on the relevance of the treaty.

According to the Mexican Internet Association, there are more than 30 million internet users in this Latin American country of 112 million people.

Representatives of the music, film and software industries have been calling for Mexico to toughen regulations to protect their products.

The Business Software Alliance estimates that software piracy is a business worth some 1.25 billion dollars.

In the fourth survey of Pirated and Counterfeit Goods Consumption, published in 2011 by the U.S. Chamber of Commerce in Mexico (American Chamber/Mexico), eight out of every 10 respondents admitted to buying counterfeit goods.

Piracy and sale of counterfeit products are already considered offences under the criminal code, as is unauthorised access to computer systems and equipment.

The industry’s views have permeated forums such as the International Telecommunication Union (ITU), which is debating future political and technical standards for the internet.

Even if ACTA is not ultimately ratified in Mexico, its content could filter into other conventions and treaties under consideration such as the Trans Pacific Strategic Economic Partnership Agreement (TPP), signed in 2005 by Chile, Singapore, Brunei and New Zealand. Current negotiations for an expanded version include Australia, Canada, Malaysia, Mexico, Peru, the U.S. and Vietnam.

“There’s no doubt in my mind that the U.S. will try to implement this any way it can, dressing it up in other mechanisms, whether the TPP or the ITU. So we can’t fall for the false argument that it’s only about copyright protection, when it’s an issue that affects the freedom of the internet,” Levy said.

The tenth round of negotiations of the TPP were held Jul. 2-10 in the U.S. city of San Diego.

On intellectual property, the TPP proposes legal incentives for internet service providers who hinder the storage or free sharing of protected content, and who identify users of copyright-infringing websites. It would also grant economic compensation for complainants affected by such practices.

In addition, it provides for the establishment of sanctions for commercial and non-commercial infringement of intellectual rights, the creation of a legal surveillance scheme and the introduction of patent rules to protect surgical procedures or medicines derived from biological processes, such as vaccines.

“These same sectors operate in different fronts with the same intention of controlling the distribution of tangible and intangible goods, which should be treated separately,” Martínez said.