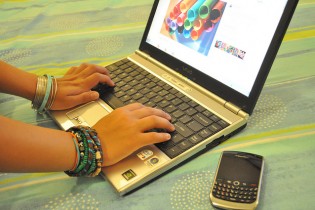 By EurasiaNet Correspondents
Mahfuza, a mother of three in a small town in the Ferghana Valley, has better things to do than spend her afternoons at crowded, smoke-filled Internet clubs. But as a high-school algebra teacher, she has an extracurricular assignment from her bosses: she must monitor the clubs’ clientele – many of them her students – while they play computer games, surf social networking websites, and watch music videos.

By Athar Parvaiz
Fayaz Ahmad’s Faim Internet Café in the Sopore township of Indian Kashmir was booming until a year ago, when police entered his premises without warning and seized all his computers.

By Marwaan Macan-Markar
When Thai police raided the headquarters of the popular alternative news portal ‘Prachatai’ and arrested its executive director, Chiranuch Premchaiporn, back in 2009, the 46-year-old media worker was completely in the dark about her crime.