BUENOS AIRES, Sep 6 2012 (IPS) - Behind “yerba mate”, a caffeinated herbal brew that is popular in Argentina and neighbouring countries, lies a shameful reality: the dismal labour and living conditions of the workers who harvest the leaves of the bush used to make the infusion.

The precarious conditions faced by yerba pickers and other seasonal workers are a longstanding problem in rural areas of this South American country. But in the 1990s, informal employment expanded in the rest of the economy as well.

And the problem has remained intractable over the last decade, despite steady high levels of economic growth since 2004 and the subsequent rise in decent, formal sector employment. 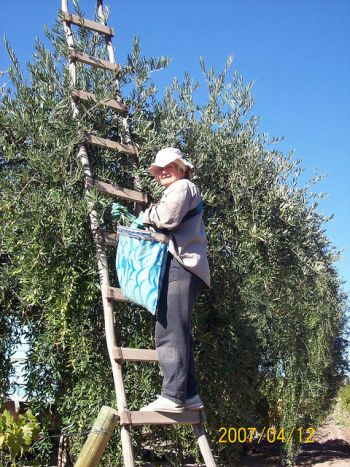 Informal sector employment mainly affects rural labourers, domestic workers – almost all of whom are women – and employees in small and medium-size companies.

“It cheers people up at parties and comforts them at funerals. But excluded from that is the enslaved rural labourer who harvests the crop,” he added.

The “tareferos”, who pick the leaves of yerba mate – which is a type of holly (Ilex paraguariensis) that grows in the subtropical regions of South America – only work from March to September, and are paid per ton of leaves harvested.

That means they have to find an alternative source of income for the rest of the year.

A new law on agricultural labour, the Régimen de Trabajo Agrario, that went into effect in 2011 offers them a monthly stipend from the state between harvest seasons.

But in order to qualify for the monthly payments, workers have to be formally registered, which means that only just over 10 percent of the tareferos receive the stipend, the union says.

“There are 16,000 tareferos, and only 1,750 of us earned the stipend in 2011. The contractors could register us, but there is a culture here that sees us as numbers, not people, and they keep us without papers,” Pereira told IPS.

The situation is similar for workers hired to harvest tobacco, cotton or the different kinds of fruit grown in Argentina. They are hired for the season, with no health or social security coverage or guarantees that they will be given a job the following year.

According to the National Institute of Statistics and Census, in 2003 – when the country began to pull out of a severe economic crisis – the unemployment rate stood at just under 25 percent of the population, and workers not registered in the social security system represented almost 50 percent of the workforce.

Since that peak, both figures have gone down. Today the unemployment rate is just 7.2 percent, and the proportion of informal sector workers has fallen to 34 percent – still a high rate, however, which is even higher in the yerba mate growing areas and the rest of northern Argentina, where black market workers represent 40 percent of the total.

Labour Minister Carlos Tomada himself admitted that the percentage of informal sector workers was going down at a slower pace than the government would like.

“Unregistered work grew for 25 years, and only started to decline in 2004. But now it has plateaued, and we are not happy about that,” said Tomada, who announced the creation of a tripartite body made up of business, trade unions and government, to craft policies aimed at reducing informal sector employment.

Nevertheless, experts say informality continues to shrink, but more as a result of the strong growth in the number of formal sector jobs than because of a decline in the absolute number of unregistered workers.

“There are always around four million informal sector workers (out of an economically active population of 17 million). They have a low educational level and meagre incomes,” Jorge Colina, an economist with IDESA, a centre for research on the labour market, told IPS.

In a 2011 study, IDESA found that a majority of small companies employed unregistered workers.

“The system puts a heavy burden on small companies,” Colina said. “For every 100 pesos of monthly wages, the employer has to pay 43 in social security and other contributions.”

He said a “laxer regime” would be better for small and medium-size companies. But “in the last few years, the government has made no effort to change the framework of regulations for these firms. It argues that it does not want a double standard for employees of small and large companies.”

Sociologist Eduardo Donza, a researcher on labour issues at the Social Debt Observatory of the private Catholic University of Argentina, acknowledged that it is “very difficult” to fight the phenomenon of informal labour.

“Would registered work increase with more inspections? It might bring some results, but you run the risk that the company would close and fire the few employees it has,” said Donza, a former Labour Ministry adviser.

“In general, the state focuses on preserving sources of jobs. If the activity is very informal and the earnings are small, it’s understood that it is difficult for these workers to be registered,” he explained.

Donza also stressed that, unlike in the 1990s, there are now “more protectionist” labour policies. For example, there is the Programa de Recuperación Productiva, which provides a small company in crisis with a subsidy, in order to prevent lay-offs.

Under the programme, the business presents a detailed report on its financial difficulties, and the government pays part of the company’s registered workers’ wages for a year, or until the firm recovers.

There are also job training and scholarship plans to help school dropouts complete their primary or secondary education, as well as programmes providing support for microenterprise, he said.

But he acknowledged that there are cultural factors, which mean that unregistered labourers, child workers, and inhumane working conditions are invariably found in the ministry’s inspections of rural establishments.