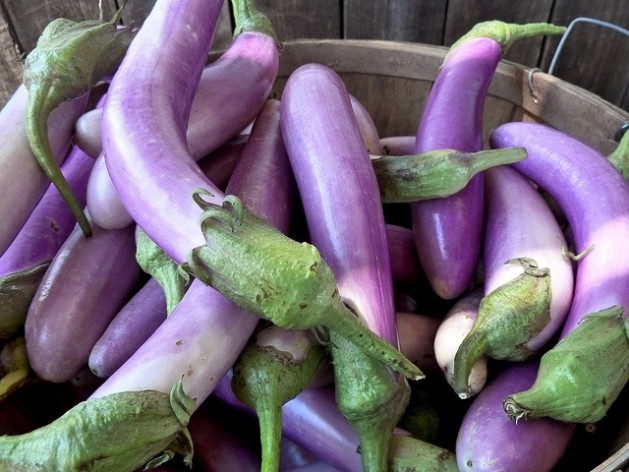 NEW DELHI , Oct 27 2012 (IPS) - Environmental activists are cautiously optimistic that a call by a court-appointed technical committee for a ten-year moratorium on open field trials of genetically modified (GM) crops will shelve plans to introduce bio-engineered foods in this largely agricultural country.

“We are now waiting to see whether the Supreme Court will accept the recommendations of its own committee at the next hearing on Oct. 29,” said Devinder Sharma, chairman of the Forum for Biotechnology and Food Security, a collective of agriculture scientists, economists, biotechnologists, farmers and environmentalists.

The committee – appointed in May to examine questions of safety raised in a petition filed by environmental activist Aruna Rodrigues – pointed to serious gaps in India’s present regulatory framework for GM crops in an interim report released on Oct. 18.

In particular, the committee was asked to look at open field trials of food crops spliced with genes taken from the soil bacterium Bacillus thurigiensis (Bt), an insecticide whose impact on human health is unknown.

Noting that there “have been several cases of ignoring problematic aspects of the data in the safety dossiers”, the committee suggested reexamination “by international experts who have the necessary experience”.

In February 2010, the then Environment Minister Jairam Ramesh had ordered a moratorium on Bt brinjal (also called aubergine or eggplant), based on a series of public hearings on the issue – though this was not extended to field trials of other Bt food crops.

A parliamentary standing committee on GM crops appeared to reflect the public mood when it recommended in August that GM crop trials be banned and future research conducted only under tight regulation.

“The government should see the writing on the wall. It is now amply clear that this country of 1.2 billion people, 70 percent of whom are dependent on agriculture, is strongly against the introduction of GM crops,” said Sharma.

According to Sharma wide publicity given to a recent study by French scientists led by Gilles-Eric Seralini at the University of Caen, which showed rats fed with GM corn developing tumours, has had an impact on the Indian public as well as scientists and experts.

In fact, the court’s committee has recommended that long-term and inter-generational studies on rodents be added to tests to be performed on all GM crops in India, whether approved or pending approval.

Sharma said the Supreme Court’s decision is bound to have a bearing on resistance in Europe to GM food crops, because of safety concerns. Spain is currently the only country in the European Union that grows a GM food crop and this is limited to GM corn to be used as animal feed.

Kavita Kuruganti, a consultant with the Centre for Sustainable Agriculture, a Hyderabad-based organisation working on sustainable agriculture in partnership with non-government organisations, said it is significant that the court’s committee had called for reexamination of all biosafety data for approved and pipeline GM products.

The committee’s report contradicts advice from the prime minister’s scientific advisory council (SAC) on biotechnology and agriculture, which complained in an Oct. 9 release, “A science-informed, evidence-based approach is lacking in the current debate on biotechnologies for agriculture.”

But Kuruganti told IPS that the Supreme Court’s committee consisted entirely of distinguished scientists and that their opinions “cannot be dismissed as unscientific as they (have) rationalised each of their recommendations.”

Arguing in favour of introducing GM food crops in India, the SAC statement claimed:  “Land availability and quality, water, low productivity, drought and salinity, biotic stresses, post-harvest losses are all serious concerns that will endanger our food and nutrition security with potentially serious additional affects as a result of climate change.”

However, the SAC acknowledged, “There is concern about the costs at which seeds (from multinational companies that have patents on GM) are available to our farmers, particularly poor farmers.”

”The experience with non-food GM crops, particularly Bt cotton, has been that ordinary farmers do not benefit because of the high costs of seeds and inputs,” said Ramachandra Pillai, president of the Akhil Bharatiya Kisan Sabha (All India Farmers Forum) that has 14 million members and is affiliated with the Marxist Communist Party of India.

Pillai told IPS that his party was not opposed to modern agricultural biotechnology, but wanted public-sector involvement because “right now the main driving force behind GM crops seems to be the profit motive, which may bypass such burning issues as food security, malnutrition, poverty alleviation and unemployment.”

Pillai said it was especially important to have government oversight in the case of GM food crops to dispel fears that the private sector was ignoring concerns around public safety.

The court-appointed committee has called for specifically designated and certified field trial sites, adequate preliminary testing and the creation of an independent panel of scientists to evaluate biosafety data on each GM crop in the pipeline.

Suman Sahai who leads Gene Campaign, a Delhi-based NGO, said the report has brought home the fact that the “existing regulatory system for introducing GM crops into the country was hugely compromised.”

Sahai told IPS that the regulatory authorities had, for example, ignored the interests of organic farmers who stand to be ruined if their crops are contaminated by GM crops, several of which are currently under development in India.

Based on India being a signatory to the Cartagena Protocol that recognises biodiversity as a long-term resource, the committee recommended a complete ban on field trials of crops for which India is a centre of origin or diversity, “as transgenics can contaminate and adversely affect biodiversity.”

“For the first time, there is potential legal backing to recommendations that other inquiries have thrown up, including those made by the parliamentary standing committee,” Kuruganti said.

“There is now a chance for monitoring to become a reality rather than just an existence on paper,” she said. “This will also make the deployment of technology into a credible, confidence-inspiring process – that is, once the Supreme Court accepts the recommendations of its committee and passes suitable orders.”