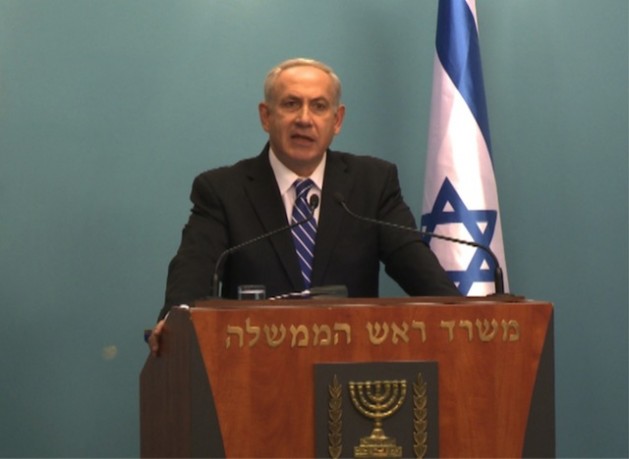 JERUSALEM, Oct 12 2012 (IPS) - The timing of Benjamin Netanyahu’s call for early elections is no coincidence. The incumbent Prime Minister’s strategy is to receive the Israeli public’s renewed confidence as a new U.S. president takes office, thus making himself immune to U.S. pressure as the debate on how to deal with Iran’s nuclear programme enters a critical phase.

When he announced general elections “for the good of the State of Israel” within three months instead of in one year from now, Netanyahu might have had Henry Kissinger in mind.

The legendary U.S. Secretary of State (1973-1977) known for his pragmatism once noted, “Israel has no foreign policy, only a domestic political system.”

On the surface, Kissinger’s quote seemed quite apt. In a televised message to the nation, the Israeli leader elaborated on the domestic reason that triggered his decision.

“It’s difficult for parties to place the national interest above their own interests. My coalition government won’t be able to agree on a national budget,” he explained. “The consequence is liable to be a budget breach and a massive deficit increase. (…) I won’t allow this to happen.”

Had he not call for elections now, Netanyahu – with his country threatened by the deepening financial crisis in Europe – could have found himself managing an economic crisis during an election year, forced to further tighten the screw on the Israeli taxpayer.

He doesn’t forget that, only last year, hundreds of thousands of Israelis took to the streets. “The people demand social justice,” was the rallying call.

Most political pundits agree that Netanyahu’s government could have passed the 2013 budget. But he personally would have paid a political price.

Actually, the country has been on and off set in an election mode for the past five months.

In May, he called for elections to be held last month, only to retract within 24 hours and bring into his government Shaul Mofaz, the newly elected leader of the Kadima centrist party, the main challenger of his right-wing Likud party.

Then too, the issue was purely domestic – passing a new law that would enable the drafting of ultra-orthodox Jews into the army. Ultra-orthodox youths have traditionally been exempted by law from compulsory military service, raising the ire of those who shoulder the burden of years in uniform.

Then, alternative legislation failed to even reach the drafting stage. Mofaz left the unity government. Netanyahu stayed at the helm.

So, why would he be serially tempted to call for early elections when his coalition is stable like a rock? After all, all through his four-year tenure, polls steadily indicated that had elections been held “today”, Netanyahu would have been re-elected by a comfortable margin.

The prime minister himself enjoys more support than all his rivals combined. The Left and Centre are divided.

Netanyahu seems invulnerable. Yet, his is a far from impeccable record.

Netanyahu rules by enforcing a status quo of sorts, but his status quo is definitely not a synonym for paralysis. From the right-wing point of view, the status quo is good. Settlements continue to develop.

He imposed a ten-month freeze on settlement construction  and, in September 2010, engaged U.S.-mediated peace talks with Palestinian President Mahmoud Abbas. But the talks broke down within three weeks, and haven’t resumed.

Since then, construction in the occupied West Bank and East Jerusalem has largely continued unabated.

“In the face of the regional turmoil, we must continue to uphold responsible security policies because many challenges await us,” is Netanyahu’s justification. The pro-democracy upheavals in Egypt and Syria have prodded the Israeli leader, known for his political prudence, to be even more prudent.

To the extent that his critics say that he leaves no significant mark on Israel’s foreign policy, Netanyahu resorted to what he’s good at – public diplomacy performances, as in the United Nations General Assembly’s latest annual gathering when he displayed a “Looney Tunes” drawing of a ticking (Iranian) bomb.

He didn’t make peace with the Palestinians. Nor did he convince the international community that, if need be (according to him), Iran’s nuclear programme must be engaged militarily.

Nevertheless, Netanyahu will focus his electoral campaign on security and defence policies, especially with regard to Iran’s nuclear programme, not on domestic issues such as the budget or other sore socio-economic issues, seemingly the trigger for early elections.

“We must continue to ensure that Iran doesn’t have a nuclear bomb,” he continues to warn.

So, beside budgetary reasons, what could be Netanyahu’s ulterior motive for early elections?

Politics is often a matter of timing.

After having drawn a “red line” on Iran’s nuclear programme and done everything in his power to blur the ‘Green Line’ (the pre-1967 ceasefire line that lays between Israel and the occupied Palestinian territories) “on the basis” of which incumbent U.S. President Barack Obama wanted Israel to negotiate a two-state solution with the Palestinians, Netanyahu seeks a new mandate that will coincide with a newly elected U.S. president.

He’s intimated that, with regard to Iran reaching the threshold of uranium enrichment, his “red line” will be “next spring”, “next summer” at the latest.

An electoral triumph in January or February would put Netanyahu in a position of strength at a time of critical decisions on Iran’s controversial quest.

At the same time, he’d be in a better position to reject international calls for a resumption of the peace talks with the Palestinians.

Caught between his own “red line” and the internationally-backed ‘green line’, he called for early elections.

After all like most politicians, he’s determined to make political and national interests coincide at the polling booth, and not walk off the stage…