UNITED NATIONS, Oct 20 2012 (IPS) - In 1994, genetically modified produce, in the form of tomatoes, first appeared in grocery stores in the United States. Numerous other types of produce have been genetically modified since, and consuming them has become common practise. But because the phenomenon is so recent, the long-term effects of eating such foods remain unknown.

In the study, the Environmental Working Group analyzed data from the U.S. Department of Agriculture (USDA). It found that every American eats an estimated 193 pounds of genetically engineered food annually. By comparison, the typical adult in the United States weighs 179 pounds. 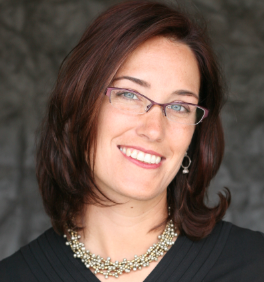 IPS correspondent Julia Kallas spoke with Sharp spoke about the study’s findings, the rapid growth of genetically modified foods in the United States, and the role of the government in labelling these products.

Q: Can you briefly talk about the report ”Americans Eat Their Weight in Genetically Engineered Food”? Now that the report is out, what you expect the government to do?

These figures beg the question, if you were planning on eating your body weight of anything every year, wouldn’t you want to make sure it was safe to eat?

Shockingly, there are virtually no long-term health studies that have been conducted on the consumption of genetically engineered food. We want to see the government conduct these tests, and allow independent scientists the power to do the same – power they don’t have now because the companies making the genetically engineered seeds control what studies are conducted.

So what can consumers do in the meantime? Not much – unless they demand GE food to be labelled. At least then consumers will know whether or not their food contains genetically engineered ingredients and can decide for themselves if this is what they want to buy for themselves and their families.

This basic right-to-know issue is only going to become more important in the future, as consumption of GE food is expected to grow substantially over time.

We are urging Californians to vote YES on Proposition 37 – the Mandatory Labelling of Genetically Engineered Food Initiative – so they can decide for themselves whether they want to buy GE food.

Q: Why does the United States lag so far behind the rest of the world on the labelling question? And what actions must the government and policymakers take to change this?

A: Monsanto, Dow and other companies that make and sell GE seeds have an incredible amount of power and influence in the U.S. government.

Government and policy makers need to listen to the millions of citizens who have petitioned to label genetically engineered foods and give people the right to know what they are eating.

Q: Why has the genetically engineered food industry emerged so quickly in the past decade?

A: The makers of GE seeds have made a lot of false promises – that they are going to feed the world, decrease pesticide use, save farmers money – but they have failed to do any of these things. There is not any more food, pesticide use has actually increased, and they are ruining small farmers while fostering the growth of super weeds, which make traditional farming practices impossible.

Since there isn’t any mandatory testing (no federal testing, no long term studies, the companies who are making the profits off of the seeds only have to test) it has been relatively fast to get these seeds to market.

Q: Can you briefly talk about Proposition 37 in California, which will be voted on in November? What would it mean for the rest of the country if it passes?

A: It would mean that people in California would have the right to know what is in their foods and make a choice if they want to feed their families food that have genetically engineered ingredients.

Q: Do you think there is growing momentum for a genuine national movement to more seriously consider where our food comes from, as illustrated by the recent “pink slime” scandal, in which Beef Products, Inc.  filed a lawsuit against those who labelled an additive in its ground beef as “pink slime”?

A: Yes! Absolutely. The fact that this proposition is on the ballot is proof of that.