UNITED NATIONS, Jan 3 2013 (IPS) - For the estimated 140 million girls and women living with the consequences of Female Genital Mutilation (FGM), it is already too late. But since a global ban on FGM was passed at the end of last year, activists hope many more will now escape this brutal practice. 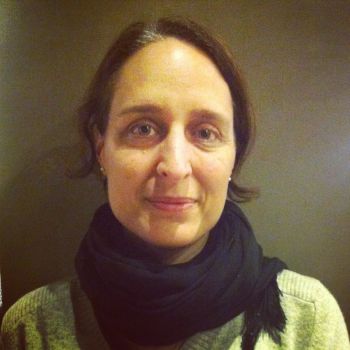 Alvilda Jablonko, coordinator of the No Peace Without Justice Programme on FGM, has been fighting for such a ban in the U.N. General Assembly since 2010. It was finally adopted Dec. 20, 2012.

IPS correspondent Julia Kallas spoke with Jablonko about how this ban will have an impact on the ground. Excerpts from the interview follow.

Q: What were the main barriers you came through while trying to advocate the resolution to ban FGM worldwide?

A: I think that the adoption of the resolution at the United Nations was definitely a struggle by the states that are most concerned by the issue. So Burkina Faso is one of the countries that have been the leaders at a national level in combating FGM and they really could take the lead on this issue.

They worked very closely with NGOs on the ground and even with the NGOs coalition. They naturally worked to encourage these states to take action at the national level.

Q: What is the main role of No Peace Without Justice in this struggle?

A: No Peace Without Justice has been working for the past 10 years on the issue. It is an organisation founded by Emma Bonino, who is a former European Union commissioner for humanitarian affairs and now the vice president of the Italian Senate. She has been at the forefront of the fight for women’s rights worldwide.

No Peace Without Justice joined a number of organisations, African organisations mainly, that had already been involved in this fight for decades. So what No Peace Without Justice has focused on in collaboration with many of the activists on the ground has been to push governments to take their responsibility and not let all the work be done by activists on the ground.

Q: What is the next step?

A: Now that the resolution has been adopted the next step is going to be to get it implemented on the ground. Many states are already doing a great deal, but there is a need to be harmonisation at regional and subregional level.

(In) bordering states, where there are laws in one and not laws in the other, people cross the border so they can have it committed on their girls in a state where it is not against the law.

So hopefully this is going to give a big push to states to start taking it more to heart, and also for the resources to be freed up so that this fight can really be undertaken in a serious way.

Q: How much of an impact on the ground will the resolution have?

There is a wonderful quotation by a member of the parliament from Kenya, Hon. Linah Jebii Kilimo, who pushed and succeeded in getting a law in Kenya to ban FGM there. And she was saying that now what this does in her case is that it really legitimates what she has done nationally at the international level.

All activists worldwide helped in our work. The resolution was really spearheaded by Kilimo. As I said, and because they have been so strong at combating FGM at home, they were the natural leaders for this. The (Kenyan) First Lady (Lucy Kibaki) is a very strong activist on many things, including FGM, and she was the international coordinator for this campaign. She really did a great deal of work, also lobbying with her fellow first ladies from other countries.

One of the organisations that we work with is the Inter-African Committee on Traditional Practices Affecting the Health of Women and Children. They are a group of committees in all 29 countries in Africa and all of them were active at the national level encouraging their countries to really work on this.