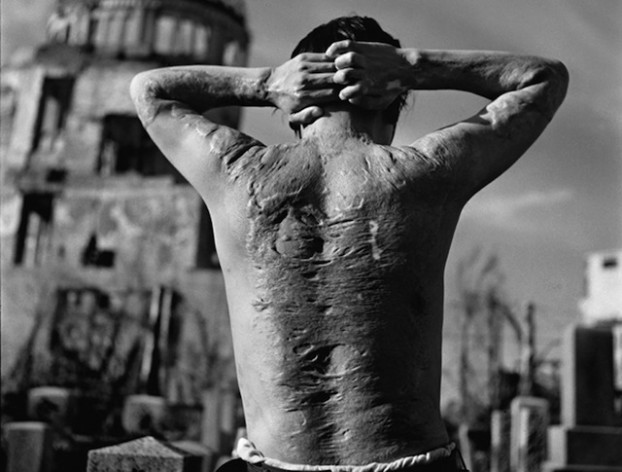 The atomic bomb detonated by the United States in August 1945 above Hiroshima killed 145,000. Several hundreds of thousands of other inhabitants of the city have suffered severe injuries and chronic disease in the past six decades. Credit: ICAN.

ISTANBUL, Feb 1 2013 (IPS) - The International Campaign to Abolish Nuclear Weapons (ICAN) has adopted a new strategy to involve citizens and politicians more actively to push for a global ban on nuclear weapons.

The strategy was emphasised at an ICAN conference in Istanbul last week.

The new strategy by ICAN, a coalition of 286 non-governmental organisations (NGOs) in 68 countries which jointly campaign against the proliferation of nuclear weapons and aim to ultimately have them banned, aims to do more to sensitise both public opinion and state authorities to the consequences of a nuclear detonation.

ICAN intends to go beyond rhetoric and propose, with the involvement of states sensitive to the issue, concrete measures to cope with a nuclear disaster event. It will be hosting an international civil society forum in Oslo on March 2-3 this year, which will be followed by an experts conference on military nuclear threats organised by the government of Norway with the support of 16 other nations.

“We are constantly told by nuclear weapons states officials that putting into effect the Non-Proliferation Treaty (NPT) is not possible, not conceivable in practical terms,” Arielle Denis, ICAN Europe, Middle East and Africa coordinator told IPS. “Our position is that there is record of international treaties which have led to the prohibition of other lethal weapons. If the international community succeeded in banning land mines and cluster bombs, it can certainly ban the ownership of nuclear arms.”

The coalition of NGOs argues that any country, even a nuclear weapons state, could be the target of a nuclear attack in the new geopolitical environment, which it says encourages the proliferation of rogue states and terrorist organisations. “Although no nuclear weapons have been used since 1945, cyber-terrorism makes today the explosion of an atomic warhead realistic,” said Denis.

Core to this strategy is the humanitarian aspect of a nuclear detonation, even of a single device. ICAN published a report in 2012 which identifies immediate and long-term damage to local populations. Blast shockwaves travelling at hundreds of kilometres an hour, are lethal to all those in the proximity of ground zero of the detonation, who often just vaporise due to the intense pressure and heat. Further away, victims suffer from oxygen shortage and carbon monoxide excess, lung and ear damage, and internal bleeding.

But the consequences due to radiation are felt even at greater distances. This affects most organs of the body with effects lasting decades and with genetic alterations suffered by the victims and their descendants.

Such claims are corroborated by studies by the U.S. government and by research institutions between the 1970s and last decade. In a scenario of a nuclear attack involving three medium power warheads against an intercontinental ballistic missiles base in the “farm belt” of the U.S., which covers primarily the northern mid-west, it was calculated that the number of dead could reach 7.5 to 15 million, with 10 to 20 million being severely injured.

The humanitarian aspect of the surviving population would be practically impossible to manage, as the presence of radioactivity would force 40 million people to relocate as far away as possible. Relocation would take from several weeks to years, it was estimated.

The “farm belt” in the U.S. is a rural area. Europe is three times more densely populated than the U.S., and a nuclear detonation would have a more catastrophic humanitarian impact on European locations.

ICAN, formed in 2007, operates through an international steering group of personalities and experts on nuclear armaments and a small staff in Geneva, which coordinates international campaigns and events. Member NGOs provide support to regional activities.

ICAN’s main argument for its activism is based on the non-proliferation treaty (NPT), signed on July 1, 1968 in New York and gradually ratified by 189 states, excluding India, Pakistan and Israel. Its validity was extended indefinitely in May 1995.

Article VI of the NPT requires signatory states to pursue “negotiations in good faith on effective measures relating to cessation of the nuclear arms race at an early date and to nuclear disarmament,” and towards a “treaty on general and complete disarmament under strict and effective international control.”

“Disarmament must be general and complete,” said Denis. “There was in the 1990s some ambiguity about the Treaty text in this respect, but this has been clarified in international law and all nuclear weapon states must begin negotiations for dismantling all their nuclear weapons.”

The U.S. has traditionally interpreted Article VI as having no mandatory effect on the parties. But the International Court of Justice (ICJ) in an advisory opinion, dated Jul. 8, 1996 stated that “there exists an obligation to pursue in good faith and bring to a conclusion negotiations leading to nuclear disarmament in all its aspects under strict and effective international control.”

The lack of visible willingness by nuclear weapon states to get around the negotiations table has fuelled the determination of the NGOs which form ICAN to systematically make citizens and politicians around the globe aware of the threats of maintaining an arsenal of nuclear weapons.

Although the number of nuclear warheads was drastically reduced after the end of the Cold War in the early 1990s from 60,000 to 19,000, ICAN is concerned about the continuing technology updates of such weapons by the nuclear weapon states.

Nuclear weapon spending in the U.S. reached 61.3 billion dollars in 2011, a ten percent increase over the previous year. The nine countries that are known, or suspected, to have nuclear military power increased in the same period their spending by 15 percent to 105 billion dollars. Israel has since 1958 adopted a non-confirmation, non-denial policy in respect to having a nuclear arsenal.

“This level of expenditure is a strong indication that nations which hold nuclear weapons have no intention to get rid of them any time soon,” said Denis. “The governments of such states say that they will dismantle their stocks as soon as the other nuclear weapon states do the same. It is a vicious, endless circle.”