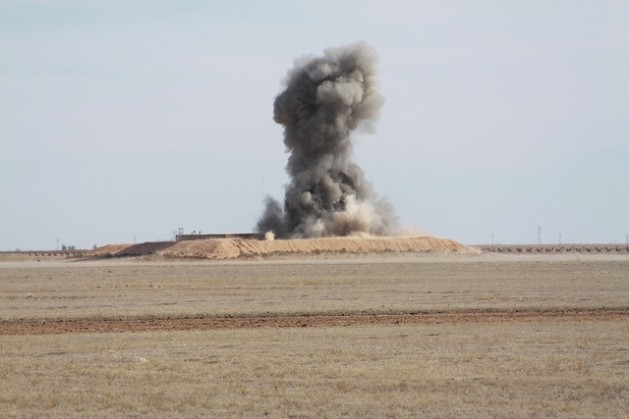 JOHANNESBURG, Jan 8 2013 (IPS) - Not many nice things can be said about the apartheid regime in South Africa. It was racist, violent in the brutal oppression of many of its own citizens, and was despised around the world.

However, in the dying days of apartheid, the South African authorities took a step that has had major implications for the country and for the African continent: it scrapped its nuclear weapons programme.

“The first stage involved the dismantling of South Africa’s six complete (and one partially assembled) nuclear devices,” reported Greg Mills, who heads the Johannesburg-based Brenthurst Foundation, a research body that acts as an advisor to African governments.

“A decision to this effect was taken by then President F.W. de Klerk in February 1990, shortly after the release of Nelson Mandela from prison and the unbanning of the African National Congress, the Pan Africanist Congress and the South African Communist Party.”

“South African authorities co-operated fully with the IAEA during the whole verification process, and were commended by the then director-general of the Agency in 1992, Dr. Hans Blix, for providing inspectors with unlimited access and data beyond those required by the Safeguards Agreement,” added Mills.

“The second step involved the scrapping of South Africa’s ballistic missile programme, which commenced in 1992, and took around 18 months.

“This process culminated in its admission to the Missile Technology Control Regime (MTCR) in September 1995, after the destruction of the last of its missile engines had been verified.

“The third stage involved the conclusion of SA’s biological and chemical warfare programme.”

Mills concluded that South Africa “thus occupies a unique position in the world as being the first country to have voluntarily dismantled its nuclear weapons capability.

“The (South African) experience does point to the importance of creating the right environment in which regimes can be made to feel confident enough to disarm and stay that way.”

While South African apartheid leaders’ actions were certainly worthy of praise – for once – there is some suspicion surrounding their motives.

Or was their motive more cynical? Realising that black rule was inevitable, did they dismantle South Africa’s nuclear weapons to keep them out of the hands of Nelson Mandela and his looming ANC administration?

Mills’ colleague Terence McNamee, deputy-director of the Brenthurst Foundation, wrote in the Johannesburg Star newspaper that the country that dismantled nuclear weapons “was not (current President Jacob) Zuma’s South Africa, but another country, an international pariah, mercifully now extinct.

“Zuma doubtless believes, like most of his senior colleagues who were active during the transition to democracy, that the people who built South Africa’s nuclear arsenal – the apartheid regime – destroyed it because they didn’t want the ANC to get their hands on it.”

He noted that de Klerk waited until March 1993 to tell the world of the dismantlement of South Africa’s nuclear weapons, and until that time “no one, not even Nelson Mandela, had been informed that the programme had been abolished (let alone that it even existed).”

While nuclear weapons no longer have a place in South Africa, or on the African continent, there is a growing expectation that nuclear energy will be required to help provide a growing part of the energy mix on the Continent.

“Nuclear power could help to answer the extraordinary energy backlog of African countries, where the continent produces about the levels of Spain, though with 20 times as many people,” Mills told IPS.

“But the concerns about the use of nuclear power in Africa go to the heart of the very reason why there is this backlog in the first instance: governance.” 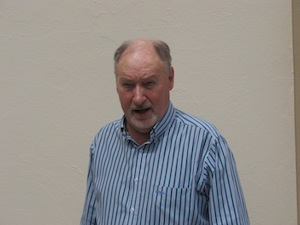 Branding expert Jeremy Sampson, executive chairman of the Johannesburg-based branding consultancy Interbrand Sampson, notes that in image terms the South African decision to scrap its nuclear weapons programme has boosted its moral authority on the issue of non-proliferation.

“The last couple of decades have seen a dramatic rise in the importance of brand and reputational issues,” he told IPS.

“This no longer applies simply to companies, products and services, but today embraces people, even countries.”

Questioning the real reason for scrapping South Africa’s nuclear weapons programme, Sampson speculates that the regime may have received rewards for this decision, which have not yet come to light.

“Did South Africa really develop a nuclear device, who helped them, was there a dummy run in the deep South Atlantic, and how would they have used it?” he wonders.

Sampson also suggests that South Africa’s decision to voluntarily given up its nuclear option raises many questions.

“Was the apartheid regime really desperate? Were sanctions biting? What was bartered, what guarantees were given, were slush funds really set up around the world for escaping members of the regime, as happened in Germany at the end of the Second World War?

“Has any other country voluntarily given up its nuclear option, which would have taken years and billions to develop?”

Sampson argues that whatever the rewards, they must have been “very, very significant. Military activity in Angola and the propping up of (Angolan rebel leader) Jonas Savimbi must have been high on the agenda.”

Frans Cronje, deputy CEO of the South African Institute of Race Relations, another Johannesburg-based think tank, suggests that the apartheid regime came under strong pressure from the West, and possibly from Russia as well, to renounce its nuclear weapons programme.

“The whole thing was dressed up as an honourable retreat from a nuclear Africa,” he told IPS.

“It is likely that Western countries and Russia as well had concerns about an independent African state having nuclear weapons.”

He also believes South Africa would today be stronger on the international stage if it had retained a nuclear arsenal.

“A nuclear African state would be taken more seriously and would have a stronger leadership role – it forces people to take you seriously,” he said.

“In leadership terms, renouncing nuclear weapons does the opposite – it reduces your influence in foreign affairs and international politics.

“If renouncing nuclear weapons grows your influence, others would be falling over themselves to surrender their nuclear arsenals.”

We may never know all the reasons why, but South Africa’s scrapping of its nuclear weapons did win moral benefits that have endured today.

It gave the country a voice globally on non-proliferation issues and the moral authority to develop its own nuclear electricity industry without attracting international suspicion, as has most recently been the case with Iran.