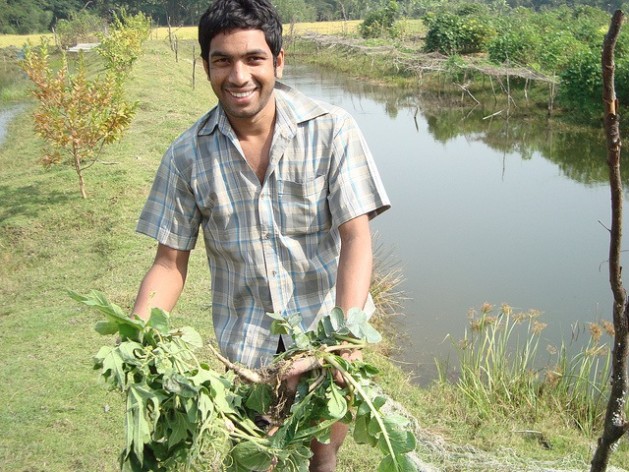 GENEVA, Mar 18 2013 (IPS) - The current growth model is not sustainable. Neither the green economy nor alternative sources of energy can prevent global warming. Solutions will come from concerted actions at the local and national levels, from the adoption of instruments and practices borrowed from other disciplines like peacebuilding, and from the move to a “no-waste economy”, according to experts here.

In its milestone report, “The Limits to Growth”, published in 1972, the Club of Rome warned that the human ecological footprint had grown dangerously quickly from 1900 to 1972. Shortly thereafter, the warning proved to be prophetic: by 1986 the human ecological footprint had overshot the carrying capacity of the Earth. At current production and consumption levels, we need 1.5 planets to survive; if everyone lived like a U.S. citizen, we would need five planets.

Land, water and biodiversity continue to decline. Global CO2 emissions are on the rise. The oceans are warming and the sea level is rising continuously. Forest cover has decreased by 300 million hectares since 1990.

In his new book, “The Crisis of Global Sustainability”, presented in Geneva on Mar. 15, Tapio Kanninen, co-director of a project on sustainable global governance at the City University of New York and member of the Club of Rome, warms that we cannot continue with the current model of economic growth whilst limiting global warming to two degrees Celsius.

Technology cannot help us – it would be environmentally damaging and too costly, he says. We cannot move to alternative sources of energy – the present alternatives like solar, nuclear and wind contribute relatively little of global energy needs and they are unlikely to replace fossil fuel completely. In short: humanity has reached a stalemate.

“Many U.N. summits after the (1987) Brundtland Commission have avoided concrete action,” Kanninen said at the book launch Friday.

The recent Rio+20 Earth Summit held in Brazil this past June is just one example of the limitations of these international gatherings. Though thousands of participants had hoped the conference would generate concrete solutions and commitments to reducing global warning, the concluding document made no mention of the 30-billion-dollar fund need to transition to a green economy, nor did it outline a blueprint for sustainable development post 2015.

“Institutions and policies have been weak,” Kanninen said. “The concept of sustainable development has not been able to compete with the neoliberal economic paradigm, the Washington consensus and the paradigm of globalisation. These have advocated fiscal and monetary soundness and economic growth rather than the health of the ecosystem. And developed countries have not met their commitments to developing ones.”

Most of these summits draw very high-level attendance, but in the end industrialised countries’ national interests dominate the bargaining universe. The global North wants to safeguard its neoliberal economic targets, while the South continues to defend its development goals.

Kanninen advocates for a second review conference of the U.N. charter and a complete paradigm shift.

“It is impossible to know exactly how the latter is going to play out because it will be so big,” he admitted to IPS. “We need joint action (involving) all sectors of society.”

Kanninen advocates abandoning the old approach of viewing sustainable development as a battlefield and adopting instead instruments from peace-building processes.

Yves Lador, consultant and representative of the U.S.-based Earthjustice at the U.N. in Geneva, told IPS on the sidelines of the book launch that this was an interesting approach.

“Particularly (with regards) to climate change, we need some trust building measures inspired by the disarmament agreements”, through which governments allow outsiders to monitor their progress. He added that cross verification between different independent monitors could bolster the exercise.

“This would be very useful because we don’t know the reality of various countries’ emissions. China, for example, does not make this data readily available. India has problems in data collection, but welcomes outside advice on how to share this data with the public.

“It is an information and trust issue,” Lador said. “At the 2009 Copenhagen Conference, the U.S. put forward the idea of cross-checking greenhouse gas emissions, but China refused.”

Alexander Likhotal, president of the Green Cross International, has a different paradigm shift in mind. “All the euphemisms like green economy will not help,” he told IPS. “We need a circular economy to decouple economic growth from the use of energy and materials.”

A circular economy is, by definition, a restorative economy: products should be designed for longer use and materials reused and recycled, which would increase the demand for maintenance and repairs. The concept has been around since the 1970s but it has gained momentum again due to the activities of the U.S.-based Ellen MacArthur Foundation and to “Bankrupting Nature”, a recent report authored by Ander Wijkman and Johan Rockström, co-president of the Club of Rome.

The circular economy “is creating a new model for business”, Likhotal continued. “Rolls Royce, for example, in addition to providing luxury cars, constructs engines and turbines for aircrafts. But they have stopped selling the engines to air companies – instead, they lease them. They benefit not from the bulk sales of the engines but from maintenance and competitiveness of the services, and are dramatically reducing their expenses.”

He believes an increase in services like leasing would compensate for the loss of jobs resulting from the decrease in production. Other major companies like Caterpillar have stopped selling huge trucks, and have begun to lease them.

“It is a win-win situation that is gaining more ground,” he stressed. “The change is coming…but it will not come without legislation and taxation incentives – political systems should provide some motivation for more openness and competiveness in terms of services provision.”