UNITED NATIONS, Apr 6 2013 (IPS) - For homeless youth, life on the streets is brutal. They experience sky-high rates of mental health problems, substance abuse and sexual assault. But despite the fact that it costs just under 6,000 U.S. dollars to permanently end homelessness for one youth, too little is being done to help them.

As the founder and executive director of the Ali Forney Centre, an organisation that helps homeless lesbian, gay, bisexual and transgender (LGBT) youth, Carl Siciliano has witnessed firsthand how harsh life is for them. He started the centre in 2002, naming it after Ali Forney, one of seven youths Sicilian knew who were murdered on the street and whose deaths moved him to found the centre. 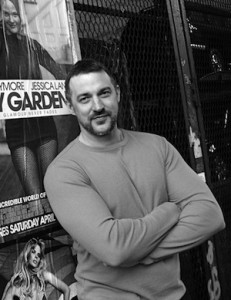 Other experiences also influenced Siciliano. “I was really religious when I was young, and worked with the homeless,” explains Siciliano. “When I came out of the closet, I wanted to figure out a way of integrating my work with them with my being an openly gay man.”

IPS spoke with Carl Siciliano about the Ali Forney Centre, the young people it shelters, and what needs to be done to improve circumstances for LGBT youth, homeless or not.

Q: What services does your organisation offer? What do you wish you could offer but can’t?

We have workers that reach out to kids on the streets and tell them about our program. We also have a big drop-in centre in Harlem where we provide food, clothing, showers and toilets, along with mental health, medical and substance abuse services.

Young people can also stay from three to six months in our emergency housing program while they figure out longer term housing. Our centre also has a transitional housing program where young people who can get a job or go to school can stay for up to two years. About 90 percent of our young people are employed and about 75 percent are going to college. When they graduate, they usually find a job and move into their own apartments.

There are several programs I would like to build, including a housing program specifically for transgender youth, who are the most vulnerable and experience the most violence and harassment on the streets. I also want to develop a model of studio apartments with intense staff supervision for youth with mental illnesses or developmental delays who find congregate housing situations difficult to manage.

One kid from Uganda reached out to us – he said that his parents kicked him out and he was afraid he was going to get killed, so I am interested in developing an international network of providers that can help young people get out of countries where their lives are in danger to reach us or other programs.

Homophobia creates an environment of abuse and rejection.

The biggest challenge we face is the lack of resources. There are only 250 shelter beds for 3,800 homeless youth in New York City, and the waiting list to enter our shelter has about 150 to 200 kids on it. It breaks my heart to have to turn kids away every night.

Our day-to-day work is challenging. We occasionally have to deal with violence, and homeless LGBT youth have a very high risk of suicide, so we’re constantly monitoring them. We’re trying to protect them, but I wish there were more of a commitment on the part of the city to provide a safety net to these young people.

Q: What typically brings young people to the Ali Forney Centre? What kind of threats do they face?

The biggest common denominator tends to be family rejection. About 75 percent of our young people report that they were harassed or abused in their home for being LGBT. Some of them are kicked out. Others face so much violence and cruelty in their homes that they find it unbearable to stay. Too many parents don’t know how to cope with having a gay child.

Compared to straight homeless youth, LGBT homeless youth face twice the amount of violence on the streets by being gay bashed. They get beaten up by kids in other shelters, or staff in a Catholic youth shelter, for instance, will tell them they are sinners and going to hell.

A lot of them turn to prostitution, which puts them at greater risk of violence and a very high risk of HIV infection. Almost 20 percent of New York’s LGBT homeless youth has HIV. The stress and pressure of homelessness and the trauma of family rejecting harms their mental health, too.

Q: What should local politicians and international organisations such as the United Nations be doing to improve the situation of LGBT young people?

New York City has shelter systems for children and adults, but those the ages of 16 and 24 don’t fit in these systems. Local politicians must understand and recognise that it’s a disaster for these kids to be left out on the streets. If they get adequate support, these young people can get jobs, go to school and become healthy independent adults.

If you leave them on the streets, they become addicted to drugs and infected with AIDS. They will become an enormous cost and burden to society. Even if politicians look at it in term of smart public policy and not in term of human decency, it just doesn’t make sense to leave kids out there on the streets. You’re creating a social disaster by doing that.

In term of international organisations, the most important thing is to understand that homophobia creates an environment of abuse and rejection. Organisations trying to combat homophobia must focus more how it affects youth – how it makes them feel unsafe in their own homes and endangers the children’s welfare. It would be harder for conservative organisations that promote homophobia, such as the Catholic Church, to do it with a clear conscience if these connections were clearer.