DOHA, Jun 27 2013 - A decision on whether or not Edward Snowden, the whistleblower who is facing charges of espionage in the U.S., will be given asylum in Ecuador could take months, officials there say.

Richard Patiño, the country’s foreign minister, said on Wednesday during a state visit to Malaysia that it took two months for the country to make a decision in the case of Julian Assange, the founder of whistleblowing website Wikileaks, and that Snowden’s case would take at least as long from the time the request was filed. 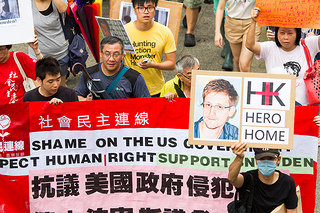 Snowden is currently in hiding in the transit area of the Sheremetyevo airport near Moscow, the Russian capital.

Also on Wednesday, a senior U.S. politician issued a strong warning to cut ties with Ecuador if that country takes him in.

Robert Menendez, the chairman of the U.S. Senate Foreign Relations Committee, said that he would seek to end the preferential treatment for goods if the South American nation offers political asylum to Snowden.

Menendez said he would lead the effort to prevent the renewal of Ecuador’s duty-free access to U.S. markets under the Generalised System of Preferences programme, and also to block the renewal of the Andean Trade Promotion and Drug Eradication Act, both of which expire at the end of next month.

Ecuador said that pending its decision on Snowden’s request, Washington should argue its case for extraditing the former National Security Agency contractor back to the United States.

U.S. Defence Secretary Chuck Hagel also called on Russia for Snowden’s extradition on Wednesday, telling the U.S. media that his leaks of classified information on widespread U.S. surveillance programmes had been a “serious security breach” that damaged U.S. national security.

Russia says that since Snowden is in the transit area of the airport, he has technically not entered the country and hence cannot be extradited.

Snowden arrived at the Moscow airport from Hong Kong.

Hong Kong, a semi-autonomous Chinese territory, said an earlier U.S. request to arrest Snowden while he was there did not fully comply with its legal requirements.

But White House spokesperson Jay Carney lashed out at Beijing, saying its failure to “honour extradition obligations” had dealt a “serious setback” to efforts to build trust with China’s new president, Xi Jinping.

“If he asked us for it, we would think about it and we would almost certainly give it to him, because political asylum is an international human rights institution to protect the persecuted,” Maduro said.

The U.S. has been seeking Snowden’s custody since he leaked details of secret U.S. government surveillance programmes. There was no sign on Wednesday of him registering for onward flights out of Russia.

“They are not flying today and not over the next three days,” an Aeroflot representative at the transfer desk at Sheremetyevo said when asked whether Snowden and his legal adviser, Sarah Harrison, were due to fly out.